time and time again its the one thing that seems to smash my colony to a grinding halt
and its not due to a lack of it. i feel it needs to be reworked in a way.

example
i had a colony of 1,200 people and happiness was 98% with some minor fatigue
I expanded capacity to 1,400 and opened borders for 200 new colonists.

next thing i know food production from the fully staffed 225 food processing sweatstop stopped working
all 225 were off duty and 100k worth of food was all gone!

i checked happiness and from a steady 90% it had dropped right down to 22% and people were dropping dead from hunger.
there is 1 of each education building but the end game one and even the teachers are on strike.
and there was only 1 or 2 students in these buildings.
.
the teachers whos jobs it is to teach people are on strike because people aren't smart??


Long story short I thinking something is broken in education and i think it really needs a rework or temporary disable because its grinding my colonies to a really strange halt time and time again.
I have education buildings of each tier. 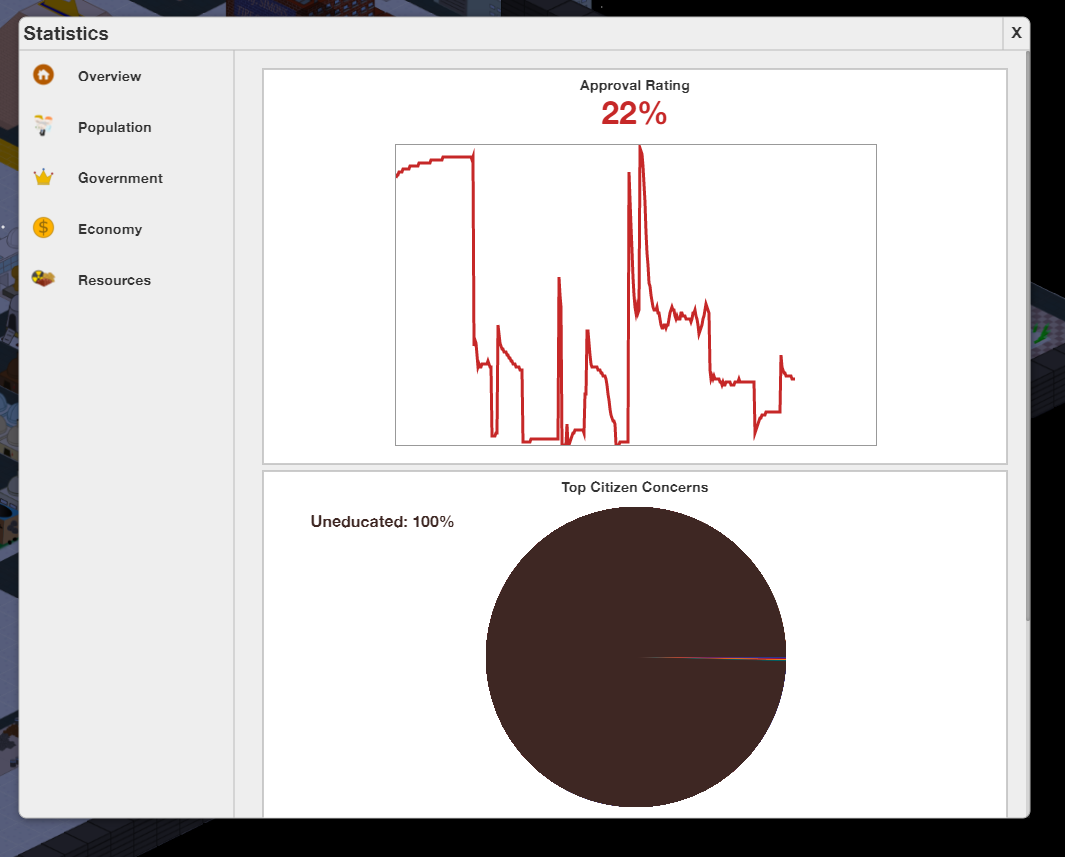 Forcedminer
Member
Posts: 251
0
0
3y
#2
Its been fixed.
thanks to the v0.74.0 update all the schools i've made are full and low education unhappiness only happens for a while then everyones glad and back to work!