RE:Colonists going out of their way, settling in far-away residences
haha... I am new in playing my colony and experience that to... and my colonist are always protesting from then and now... is anybody there who can answer how

I build houses at first and make jobs appropriate for their count near then when they were all employed I do the same thing near that place and as goes... then when I built my consulate, WTF, not too long many of my colonist just protested.. I wish I could execute them one by one but nope I don't 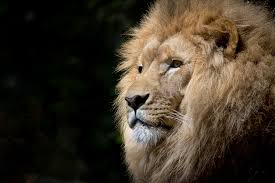 xa16x
5y ago
RE:WAR!!! ( but no one gets hurt ) - Page 2
i'm new at playing my colony but i'm a fun of war game things... I like the suggestion of xRude, right? But it's a good thing that My colony stays as My colony, but, well I think adding another category in the game except for creative mode like that is adding a new category which maybe named War Mode or whatever, then you might start another colony but is always defense ready... by means of adding defense structures like canons, laser beams, barracks... but onthe other hand, you can only attack others but not defend your colony/base during enemy attacks.. like I don't think I can say it here but sorry for comparing or anything but I Imagine it like the "clash of clans, boombeach" like that thing...
well, I think I can ellaborate further...
---resources might be stolen during attack but only as high as 15% to 20% of the opponents available resources for balance
---able to build structures for defense like...
1. cannon
2. laser beams - because it is a colony in the space so ofcourse it has laser beams
3. barracks or headquarters - where soldiers could be available at defense, soldiers could be acquired by recruiting from the population/colonists. trained for certain amount of time and has a limit of how many could only be produce and what types.
4. defense towers/dispatch units around the colony base where you can put guards in each.
5. war ready activation button or else - ofcourse who wanted to be attacked when you have no defenses yet or your defenses were not ready either.. you'll lost only 15 - 20 % of your wealth by the way

Member
Member Since
November 2nd, 2017
Welcome
Ape Apps, LLC is an independent software development company founded in 2010 by Brandon Stecklein. Over the years, Ape Apps has published over 400 apps and games across various platforms. You can get in touch with Brandon on Twitter or by leaving a post on his wall @bastecklein
Ape Apps
•Ape Market
•Ape Web Apps
•Soundboard City
•BackgroundBag
•Mad About Memes
•Ape Apps Store
•Ape Designs
•Official Discord Server
App of the Day