Amorphus said:These would All be excellent biomes for an earth like world. You forgot 3 important ones though:

Swamp- lots of water and clay. That’s the only reason people go there.

Taiga - an arctic forest. The trees provide more wood than forest trees but it’s harder to get water and food here. There’s also the fact that you can get natural sweetener from the tree sap.

Tundra - The coldest earthlike biome. Mostly Ice with sparse trees and rocks. Little to no resources but would serve as a good Hardcore survival area.

However, not all mc2 worlds will be earthlike, so let’s think of biomes for each planet. We also have to remember that the biomes will change into other biomes as terraforming happens.

I’ll go ahead and list some lunar biomes for a good example of how biomes can change with planet terraformation.

Lunar biomes:
Lunar plains - large areas of flattened lunar regolith. Great for building on a large scale. These will become grasslands When the planet reaches the habitable zone.

Lunar badlands - filled with craters and densely packed rock, this area wouldn’t be a worthwhile place to be if not for its large reserves of organic compounds used to synthesize oil. The densely packed rocky soil will prevent plant growth, while atmospheric winds will whether the crater formations into sand to create a desert once the planet becomes earthlike.

Lunar Frostlands- tiny pieces of ice are strewn all over this area. It will be a good place to start a colony as it contains lots of water And is relatively flat. Trees will start growing in this area once the planet becomes earthlike, turning this biome into a forest.

Lunar Iceland’s - filled with many large ice deposits, this Place would be a better place to start you colony with than frostlands, but will become a swamp after the planet becomes earthlike. The main benefit of this area is the absurd amount of clay than can be gather.med from it’s shallow ponds.

Lunar arctic - Sheer cold greets those who dare settle in this area, but the naturally growing crystalline is a valuable reward for doing so. The ground is completely covered in many kinds of ice, and it’s the composition of the ice that allows the gradual formation of crystalline over time. This area will loose its ability to spawn crystalline over time once the planet becomes earthlike, at which Point it will become a taiga biome. Imagine a taiga with naturally grown crystals, sounds almost like something out of a fantasy game.

Lunar glacier - the most extreme area on a lunar planet. No special resources, just ice, as far as the eye can see. It will still be all ice after the planet becomes earthlike, becoming a tundra biome.

Lunar crevice - a giant crack in the ground with many defined and sharp rock formations. This is oddly the best place to get regolith do to miners being able to build Down the sides of the crevice and strip mine outward from multiple elevations. However, it gets weathered away by want and flowing water when the planet becomes earthlike, becoming a canyon and attracting tourists.

Lunar lowlands - these are similar to lunar plains, but will fill with water to become rivers and seas once the planet becomes earthlike. You can build here at early game, but you’ll lose any buildings that get flooded at least halfway to their top by water

Lunar caves - a very rare Occitan ever. Often caused by exposed lava tubes and can contain small amounts of obsidian and uranium, but the lava has long since cooled. Will turn into a cave biome when the planet becomes earthlike, therefore losing any obsidian within.

Lunar mounds - natural mountains caused by tectonic plate movements don’t exist here, but the sides of giant craters will do. Will obviously turn into mountain biomes once terraformed.

Lunar wastes - an area containing garbage piles and deposites. Challenging to settle this area but will yeild lots of different resources, including aluminum And plastic most of all. It will become a waste dump once terraformed and will start spawning pools of mutagen, which can be used in genetic experiments.

Anyway, I hope I can get others to do biomes for their favorite non-earthlike planets and make them able to become other biomes at certain atmosphere levels.

There should also be similar types of biomes for non-lunar planets, for example “Martian Badlands” for badlands of a Mars-like planet. An alternative would be to drop the prefix completely so that the terrain would correspond to the name, e.g Badlands, and the type of surface would depend on the planet. 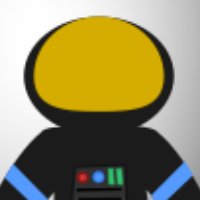 Member
Member Since
July 1st, 2020
Welcome
Ape Apps, LLC is an independent software development company founded in 2010 by Brandon Stecklein. Over the years, Ape Apps has published over 400 apps and games across various platforms. You can get in touch with Brandon on Twitter or by leaving a post on his wall @bastecklein
Ape Apps
•Ape Market
•Ape Web Apps
•Soundboard City
•BackgroundBag
•Mad About Memes
•Ape Apps Store
•Ape Designs
•Official Discord Server
App of the Day