I am the guy behind Terra Nova. I am decently active, and always willing to help new players!

Terra Nova: SXVOfRjX
RE:Premium removed from MC2 at some point
Try logging onto your account in the android app, then log onto the pc app.

I do not know wether or not it works for android, it does work for IOS though.

therealchromedino
19d ago
RE:I can't transfer my premium key from android to pc

harambelord said:I transfer the premium key from my phone but it can't seem to work on my pc. It says that it's corrupted or something. What can I do?

I just logged into my account on my phone and relogged back on pc, and that kinda automatically transferred my premium.

That helped me not only with MC1, but MC2 and Antiquitas (Yes, I do indeed play Antiquitas.)

coltergeist said:sorry if this is a dumb question, but i just got the steam version of the game and it says i have premium on there, but not when i log in on my phone

This was done to not violate Steam's policies, as Steam has a policy that states that no app should have external purchases.

therealchromedino
19d ago
RE:about the market in my colony

This was intentional, as people (inccluding myself) were exploiting the GBT imports and exports for crazy amounts of money.

therealchromedino
19d ago
(CONCEPT) MC2 Gold Refinery
So, I have an idea: The gold refinery was not really used that much in MC1, so why not give it a use in MC2?

This is basically an early-game Gold Synthesis Lab, wether or not it requires premium is up to you.

Costs would be the same as the MC1 Gold Refinery.

Here is model and picture (I actually made it this time, not a reskin.) 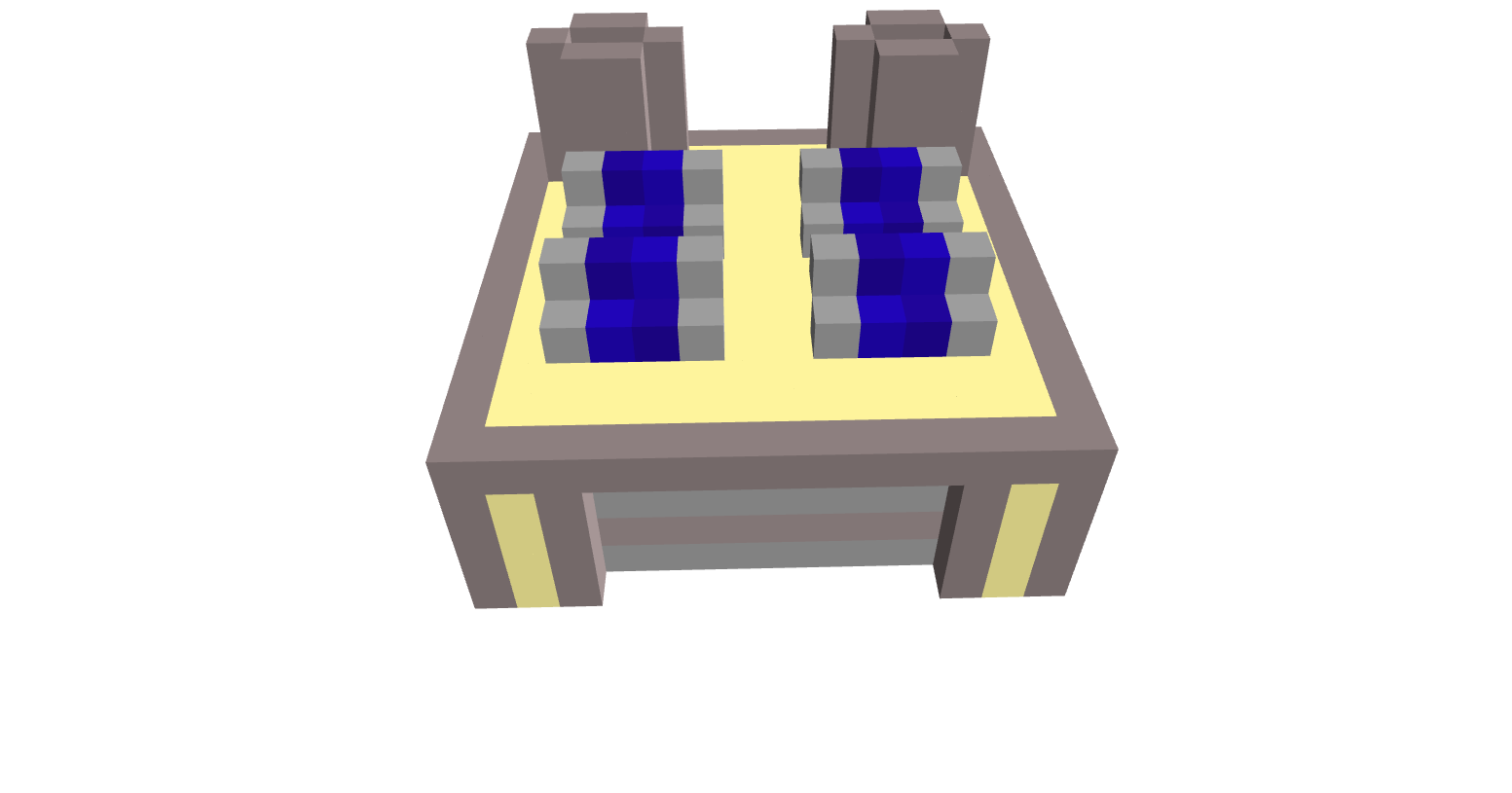 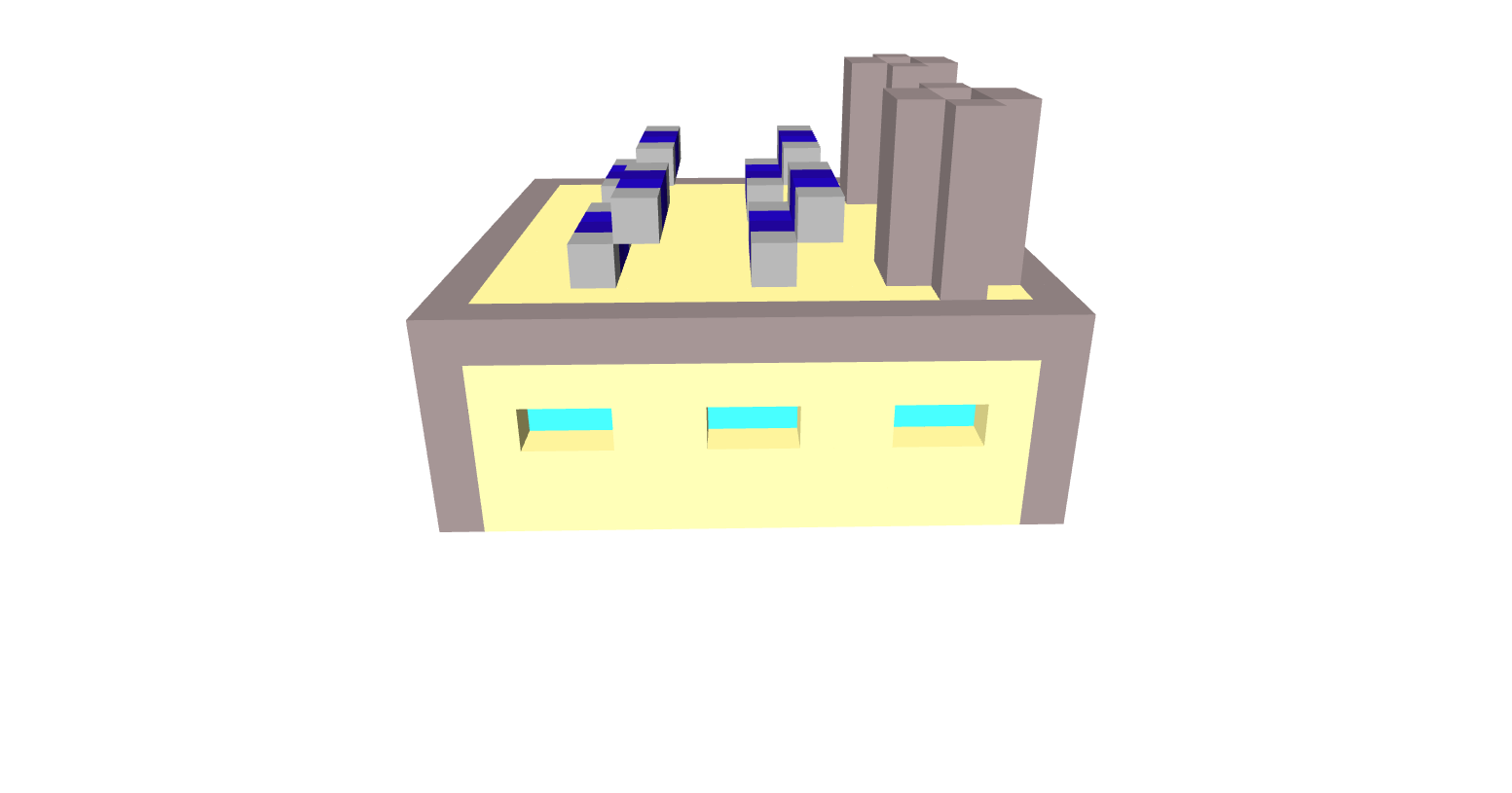 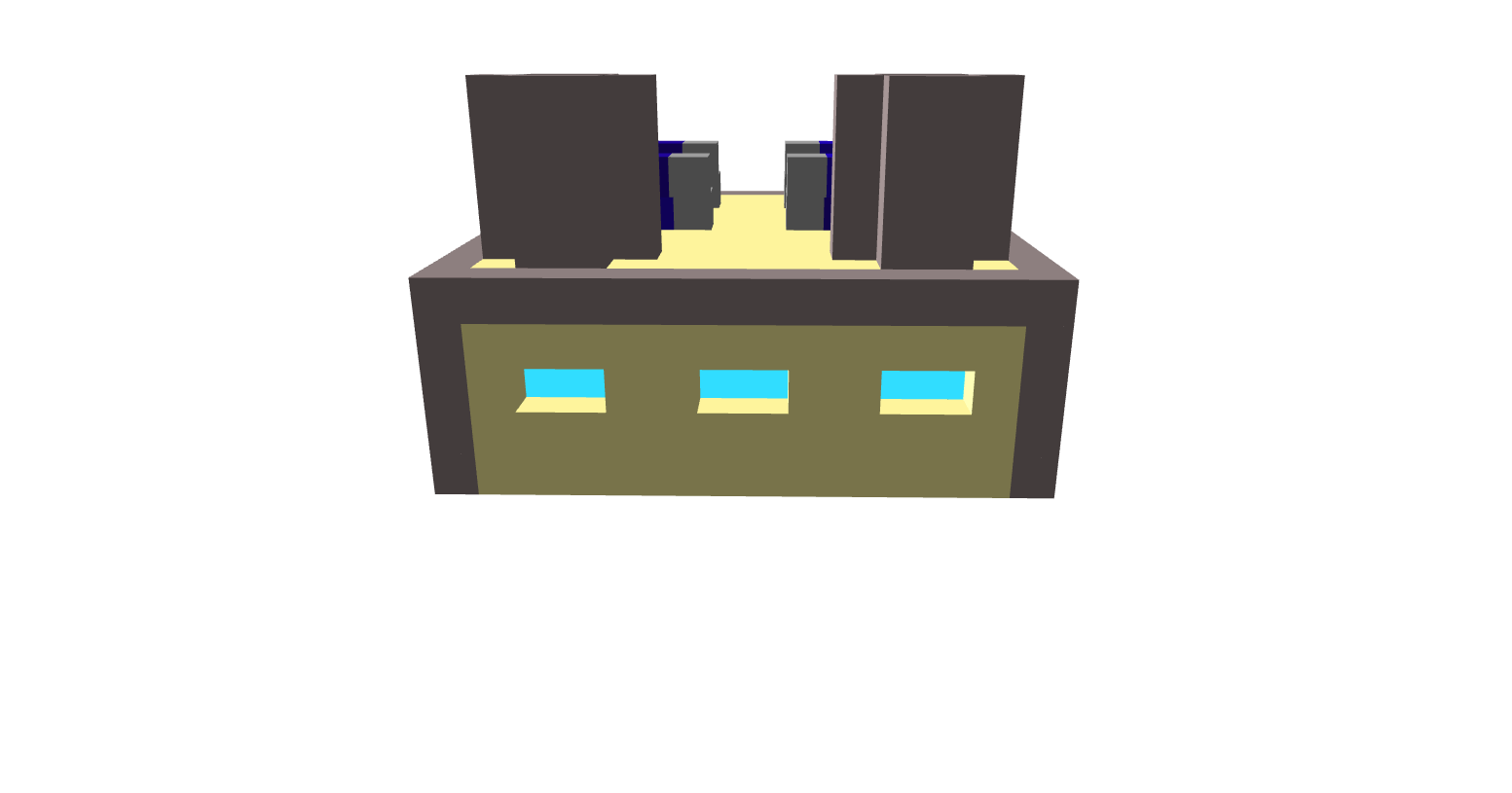 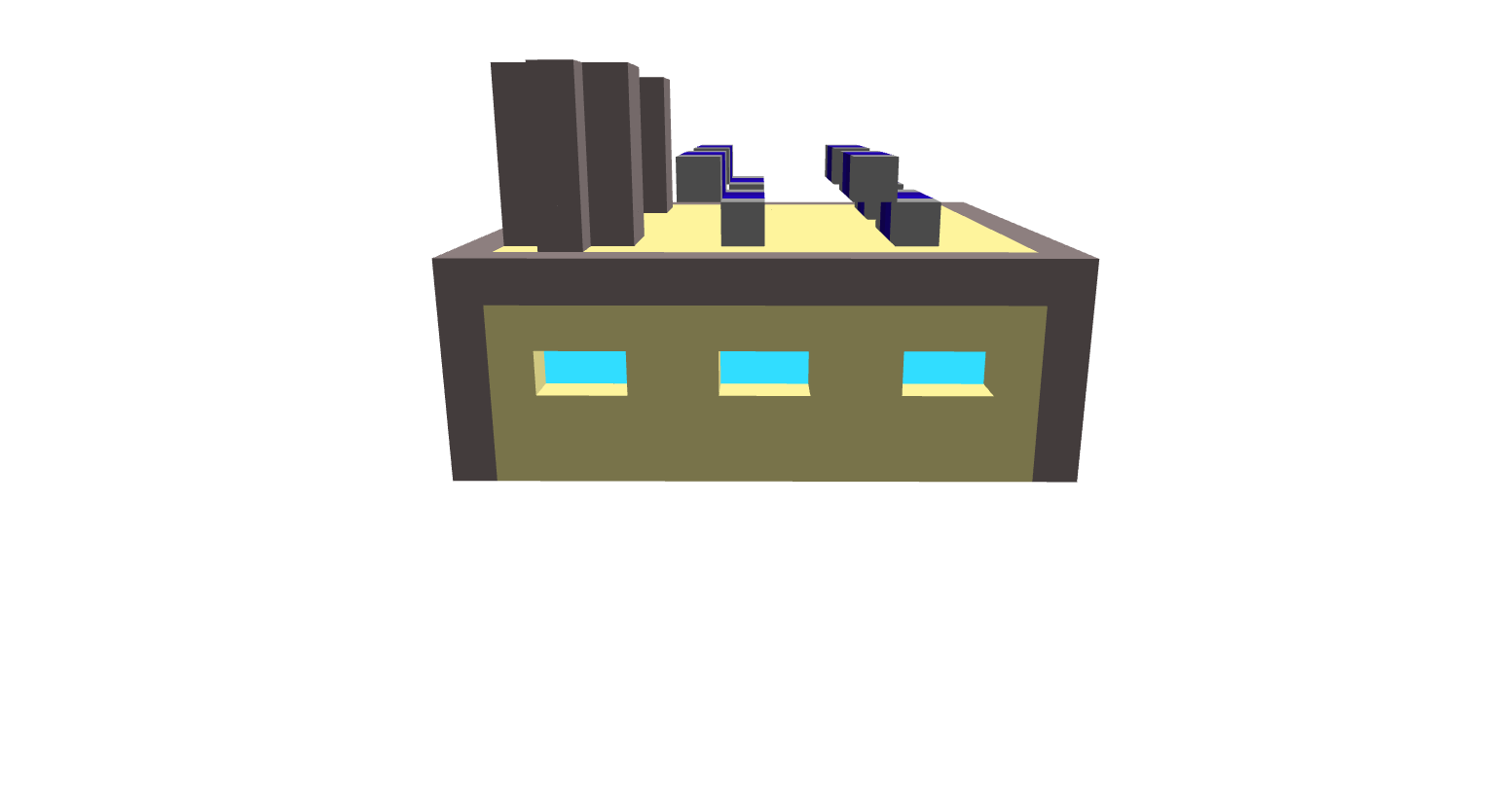 Any feedback would be great!

therealchromedino
19d ago
Gold Fracking Operation
Greetings! It is Dino, and I have an idea. This has already been implemented into Dino's Tweaks, but I decided to perhaps try to get it in the main game. 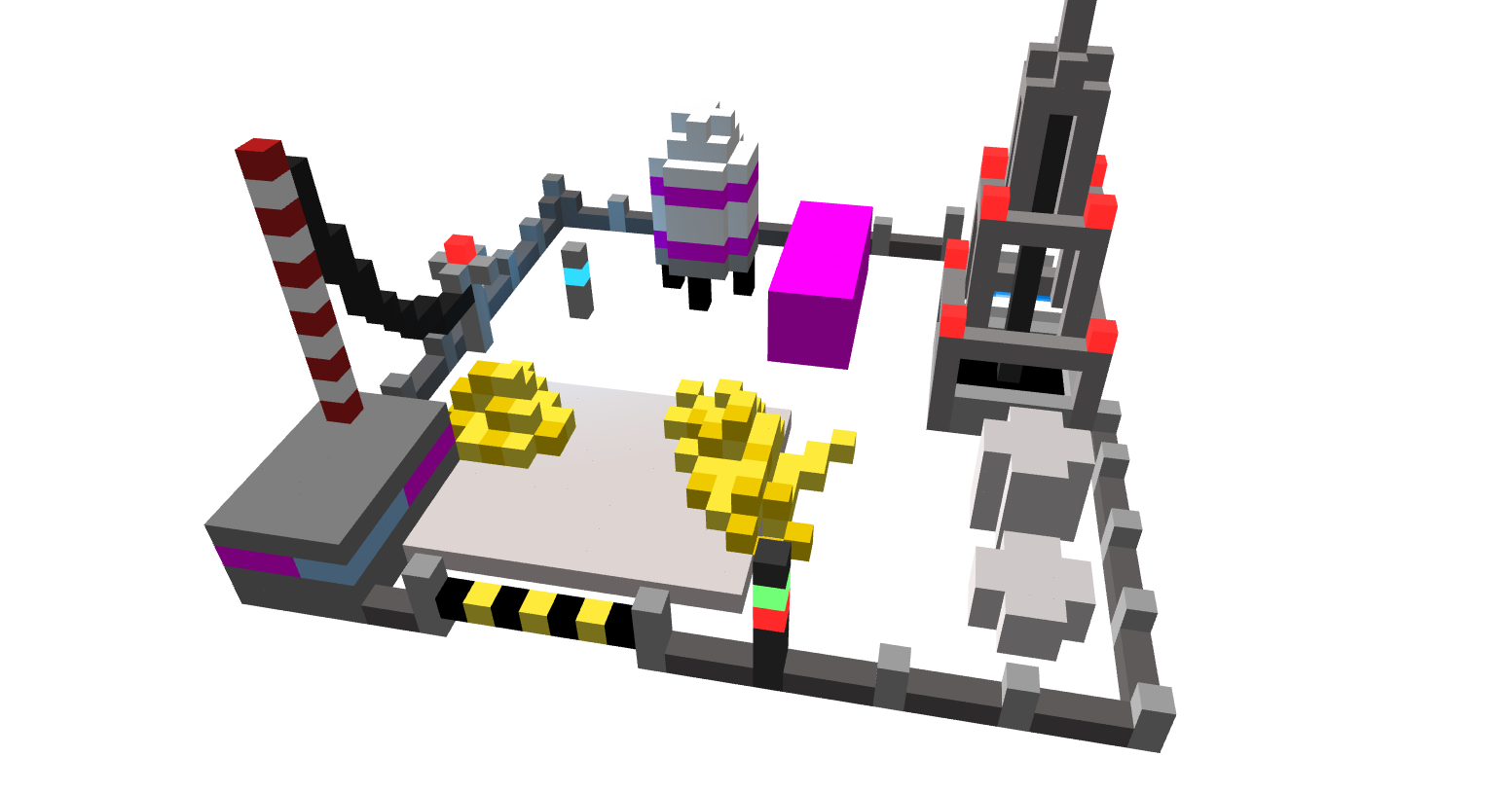 therealchromedino
20d ago
MC2 is getting too laggy for my chromebook to load it.
This problem did not exist prior to the GBT update. It is so laggy, that my desert world turns into a powerpoint whenever I load in a new chunk. (I often load new chunks, as that is how I get more Gold.)

Round up some extra code? (Ie. Variables, values, etc.)


I really love MC2, and I do not want for this to be a problem every time I load it.

I approve of the recent updates, btw.

I also really like how MC2 is super moddable! Makes my life easier (Modder).

Please look into this, as this is quite devastating for my gold supplies.

I am playing on the Web Client.

therealchromedino
20d ago
RE:Does Anyone Have A Type I Civilization?

Architecture1134 said:Hi. I'm looking for someone who controls their planet, with 65536 power in their cities. Do you have any colony like this? You may post here! (TYPE I CIVS ONLY)

Well, Terra Nova does have around 300 ish million power. I am working on creating more to fuel my nanite and weapons industries. I also have around 4 million bandwidth. Hope that might be relevant.

therealchromedino
1mo ago
RE:17 Million Up In Smoke

2048tm said:I don't really understand how you make money. Do you play games to help others?

It is in-game money, not actual money. If it was actual money, I would be a trillionare, lol.

therealchromedino
1mo ago
RE:Addition of a new race and civilization
I like this idea! I will see about maybe doing some spriting and expansion for this idea! I feel like this type of civilization would suit MC1 well! I will try to get some of my concept sprites over to Bast as soon as I can!

Disclaimer: I am not a spriter for MC1, I am just a die-hard fan who knows how to sprite and script.

therealchromedino
1mo ago
RE:Login Error
Were you logged into your Ape Apps Account before or after this issue happened?


Please help me get rid of this first settlement.

therealchromedino
1mo ago
I am paying my colonists 50 million per month PER COLONIST, but they are still complaining about wages
So, I have a fairly large GDP (Around 600 trillion atm, and around 600 million per capita). It is a struggle to pay all of my workers (My economy is built around nanites and selling nanites on the GBT), especially since I am forking over TENS OF TRILLIONS to pay all of my colonists' payroll, and that does not seem to be enough for them. Any clues on how I can solve this payroll problem?

therealchromedino
1mo ago
Internet Relay Booth upgrades
Hello! I have been struggling with entertaining all 900k people in Terra Nova. I have done some thinking, and I think that the Internet Relay Booth could use some upgraded forms. So I did a rough sketch and some rough stats and costs. Still working on the sprites, but I have the basics down. Here they are:


These are only rough, but I hope that they are alright!

therealchromedino
1mo ago
RE:Ether s United Earth
With the new update, Ether can now be obtained from the Octagon, which IS a late-game building. You will need some nanites + weapons of mass destruction to make it, but it opens up ether for offline UE colonies.

therealchromedino
1mo ago
RE:Refusing to pay taxes enough times as a united earth colony should unlock LIS base
I think that this is a good idea!

Edit: My GDP per capita has skyrocketed to 844M and my GDP has skyrocketed to 784 TRILLION. I am pretty much done for, especially since the nanite market crashed. A bit of hope though for me is the skyrocket in Weapons of Mass Destruction prices, which is at levels not even starships have reached before. Cash into the market while you can!

Member
Member Since
February 24th, 2022
Welcome
Ape Apps, LLC is an independent software development company founded in 2010 by Brandon Stecklein. Over the years, Ape Apps has published over 400 apps and games across various platforms. You can get in touch with Brandon on Twitter or by leaving a post on his wall @bastecklein
Ape Apps
•Ape Market
•Ape Web Apps
•Soundboard City
•BackgroundBag
•Mad About Memes
•Ape Apps Store
•Ape Designs
•Official Discord Server
App of the Day