RE:MC2 Potential Exploit
no permission to view wall which means I'm blocked, very interesting
@bastecklein, this guy now has over 4 trillion GDP on the main universe. This simply should not be possible.

spamdude
6d ago
RE:MC2 Potential Exploit
It is in fact exploiting, you can blame @yesnt for that

spamdude
6d ago
[NEWSFEED] Spamlandian Televison
Spamlandian Television, or STV for short, is a custom MC2 news server I set up a while back. Content-wise, it's pretty similar to the default news ticker, but there are more headlines!!! It took me some time to work out all the technical details, but it's pretty much ready for release now. It'll be updated and expanded as MC2 news features evolve and I come up with new headlines. You can link STV to a world through https://news1.spamplan.repl.co, which you can also visit for instructions and troubleshooting info. Happy newsing!

spamdude
7d ago
RE:More Alien Tech Stuffs
You nailed the color scheme, but personally I think the structures should be a bit more differentiation given that they're part of a very unique and important tech. So far, all of the alien stuff in game has an artifact motif; that along with more wires and machinery on the outside would improve the looks a lot. In My Colony, newer alien structures which have no previous derivatives also tend to be rather tall and follow simple geometric designs, and it would be awesome to see something like this in MC2. Finally, based on the existing Alien Microchip Factory, you might want to set your windows to ordinary blue, though the magenta would make for good detailing. Remember, don't just make it alien, make it ALIEN! :)

spamdude
7d ago
RE:Thanks for Great games =)
Thank you for over 5 years and counting of great memories!

spamdude
16d ago
RE:(CONCEPT) MC2 Gold Refinery
I'd say a low-level gold production building might fit on regolith-based worlds, as gold seems to be exceedingly rare on those. 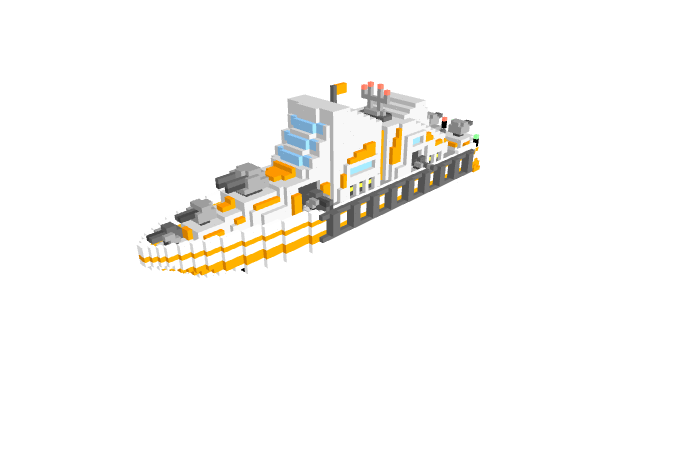 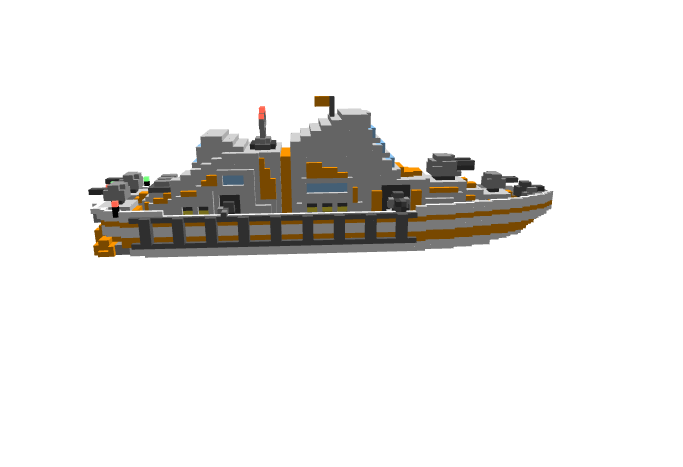 spamdude
1mo ago
Flying vehicles a s c e n d i n g
When out of my FOV, idle artifact extractors (and construction drones for that matter) seem to continuously rise upwards off the ground, way above the camera's height limit. Using another extractor to try and regroup the others indicates that the missing extractors are still within XY range, but they're so far off the ground they're basically inaccessible at this point. When the extractors are within loading range, they seem to start descending again, but 78 of them are now missing from the excavation pit.

spamdude
2mo ago
RE:Units dropped randomly on water worlds
About the same, but it's flying vehicles on a red world

spamdude
2mo ago
RE:My Colony 2 News Server Spec for Developers
@bastecklein, what if the news system could be partially integrated into settlements themselves? You might be able to set rudimentary news messages in-game through the multimedia center, while also being able to access and choose channels from a large selection of "registered" third-party news sources for the game, similar to the mod menu in MC2.

spamdude
2mo ago
RE:My Colony 2 News Server Spec for Developers
this is going to be very funny

spamdude
2mo ago
RE:My Colony v1.23.0 Released
Perhaps you could unlock certain decorative structures at various trophy increments, such as a 100-trophy monument or something like that. You would only be able to build a certain amount of each trophy structure, proportional to your total trophy count divided by the structure's trophy requirement. There could also be a new section on the colony statistics screen displaying the amount of trophy structures it has by type.

spamdude
3mo ago
RE:My Colony 2 v0.27.0 Released
Some notes:
Crystalbots can't seem to harvest on a redworld as they don't seem to drop off at a deployed outpost
Wood is dropping rapidly as the only source on a redworld comes from greenhouse parks, and it causes a lot of lag to construct a patch of several hundred more.
Other resources seem to be in equilibrium, and the new microchip factory is insane.
Would it be possible to implement a "sell all" or "deactivate all" button for buildings as in the original My Colony?

spamdude
4mo ago
RE:My Colony 2 v0.27.0 Released
good thing I put in all those fracking operations

Member
Member Since
February 6th, 2019
Welcome
Ape Apps, LLC is an independent software development company founded in 2010 by Brandon Stecklein. Over the years, Ape Apps has published over 400 apps and games across various platforms. You can get in touch with Brandon on Twitter or by leaving a post on his wall @bastecklein
Ape Apps
•Ape Market
•Ape Web Apps
•Soundboard City
•BackgroundBag
•Mad About Memes
•Ape Apps Store
•Ape Designs
•Official Discord Server
App of the Day