Level Up RPG, one of my first games that has been running strong for almost 8 years now, has just been updated to v2.19.0! This update adds several engine updates, as well as some new content. There are four new enemies, two new items, two new achievements to unlock, and a new zone to explore - Under the Sea! 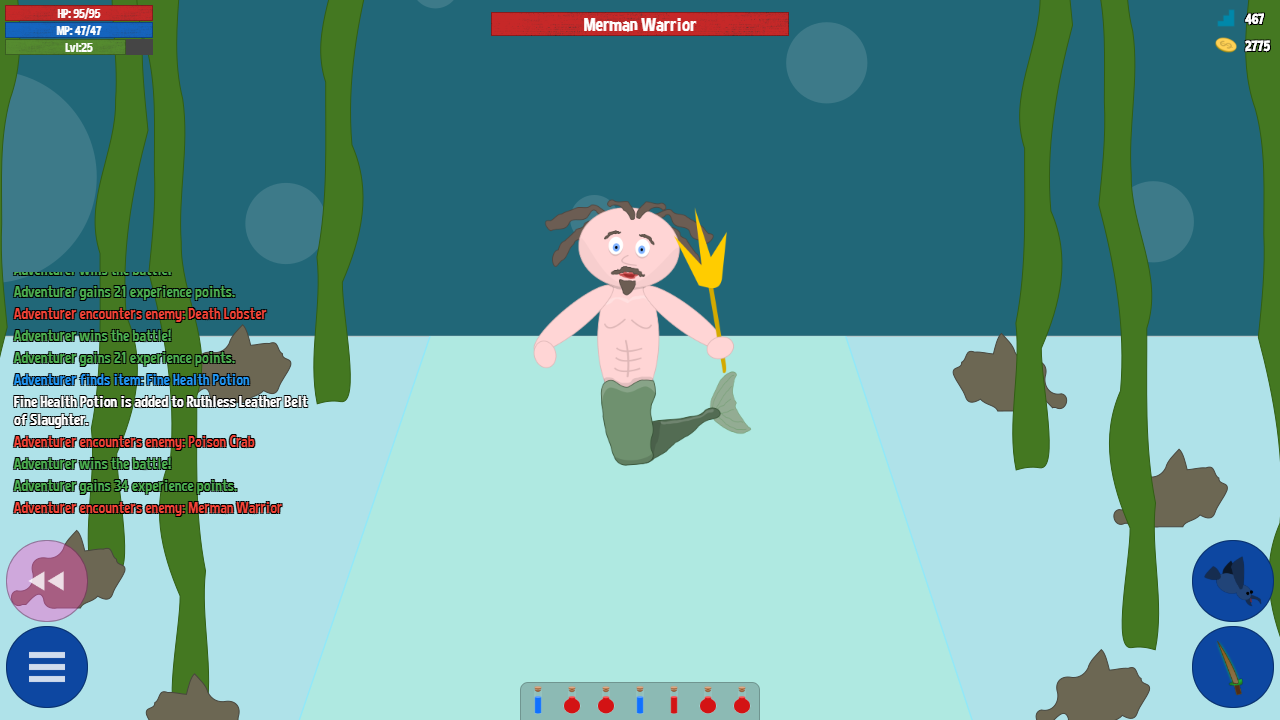 The new Under the Sea zone is accessed by a new hole that has formed in the side of the Pirate Ship level. You can now jump through the hole and down into the ocean, where you will fight evil fish, sea horses, and an army of Merman Warriors. Beware though, as the exit from the seas is guarded by the evil and powerful Octoking!

And if you'd rather, the full game is available in-browser as a web app from Ape Web Apps:

As a Progressive Web App (PWA), Level Up can be played offline, and even installed to your desktop or mobile device as a standalone application.