My Business Empire Premium
I’m playing on iOS 11.3.1, got a premium licence via the giveaway and the game only got the ads removed but not the content unlocked. On the web it says Premium: Yes 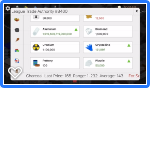 Also the price for 250al on the Black Makrket went form $300k to $9M. The Export prices are really low and the 75% tax makes a gift of everything you try to sell, and waiting for someone to buy your resources on the LTA can take hours and there's always gonna be someone just selling cheaper to sell it fast making the game harder for new colonies.
Maybe the LTA/LTB should work different, perhaps putting the colonies in tiers based on their GDP or tech level to see different offers/requests on the market so players who still have $1e+42 doesn't affect players with $30M.
I know it said "hard" but having no source for al and this insane prices, makes the game impossible to continue. Having uranium and aluminium harvesters is pointless in the LIS asteroid.

Dfrocha
4y ago
RE:engine settings don't work?
Same problem on LIS-ice. When zooming sometimes it flashes like trying to set daylight and close to the lander on some zoom levels it goes daylight but if I move too far away the night comes back.

Dfrocha
4y ago
RE:How to Update Versions?
Like Ottoich said, after a version it’s finished it goes to every platform. If you’re using the windows client you will get a message saying there’s an update next time you open the game. On android and iOS you can set to automatically update all apps but it will depend on your internet connection. iOS devices requires apple approval for every update, usually takes up to 48h after is sent for release. At this moment every platform is on v0.46.x.

You shouldn’t lose your save when updating the game, and if you didn’t turned it off the game does backups by default, and on some devices on the cloud as well.
To perform a manual backup you can open the game and on the main menu click “more options”, on the side bar go to “game data” and then the first option on the next popup it will be backup. On this menu you can also delete saved games and restore backups.

Dfrocha
4y ago
Night shift
Like on iOS it would be great having all the windows/popups dimmed yellow during the in-game night.

Dfrocha
4y ago
RE:0.46 on iOS
Are you playing on iOS? I can’t get daylight. Been playing for a few hours now and still night, with “always day” setting. It’s becoming annoying having everything dark and opening some popup like market and get a screen bright white.

Dfrocha
4y ago
0.46 on iOS
I updated a few minutes ago and the light effects are cool, but I can’t get daylight again. I tried turning all FX off and setting day/night to day only and with this setting turning on and off light fx but nothing changed. Also, I don’t know how much time the night last in real life. The only way I can see “day” is using the bulldozer.

Dfrocha
4y ago
Jobs on demand
Can colonists get and change jobs based on how much of a resource it’s needed to be produced? I.e. let’s say you got your food storage full, people working in food facilities change to another job to produce something you need more than waste time producing excessive food, and when you reach 25% of your food storage people goes back making food again. Also something similar for the atmosphere, when you reach the 15M atmosphere the generators should automatically shut down, leaving only working the necessary to cover use.

Dfrocha
4y ago
RE:Easy way to upgrade one road type to another
I already suggested the upgrade to rainbow and aluminium roads. I don’t find downgrade useful right now but maybe in some case it could be useful. Switching to brick and gold brick roads might be interesting. Also it would be great if for some types of roads you could choose the color, costing some extra clay or oil to make bricks, plastic and aluminium roads nicer.

Dfrocha
4y ago
RE:Money and saving
On iOS is hard to get your game saved. Since I started playing after your colony is medium size 20k+ colonists the game starts taking long time to save or crashes when doing it. Every update I tried different methods, for 0.45 I just disabled EVERYTHING and still losing progress sometimes. That’s why I moved to windows, it just saves the same file in seconds not minutes. Yesterday I was playing a new ice world and lost about 2h of progress bc it crashed at saving.

Dfrocha
4y ago
RE:Game Transfer from iOS to Mac
A colony I’ve started on windows I wasn’t able to restore on iOS before but now I could. I believe that if your iOS device has a save with the same name it can’t replace it, but if you delete the old file (bc you played on other device) you will be able to restore the game. Again, I recommend you to test this with a colony you don’t mind losing, or losing progress.

bastecklein said:Send another lol. I’m not trying to ignore you I just get several hundred emails per day so a lot gets missed.

I’m going to send another one. Do you need info like order number to make it easier? I’ve sent from the same address I used to pay.

ifchen said:Rush is fine, it's nice to see the developer do quick bug fix.

Right now I'm struggle to play or not because my colony need reduce atmosphere to keep them alive, but they are already dying for unknown reason.

Entertainment and litter also are cause of death. If they don’t have entertainment options and money to access to it they will get depressed. Litter will make them sick, I don’t know the rates but maybe your hospital are full?
Check the stats, the graphic that show colonists concerns, it may help you locate what’s killing your colonists.

Dfrocha
4y ago
Bulldozer
I was thinking if it would be possible to change the way the bulldozer works. Right now if you bulldoze any building it will be destroyed ignoring the fact that you could get resources by selling it. If the bulldozer function were changed to sell buildings it would save a lot of time (if you want the resources from the sale). Of course for the buildings that can’t be sold it would destroy them.
Also I would like the option to remove the “explosion effects”, they might blind your next bulldoze.

Dfrocha
4y ago
RE:Game Transfer from iOS to Mac
iOS devices can’t restore files from cloud. And, as far as I know you can’t transfer the saves with iTunes either.
I haven’t tried deleting the save on the iOS device before trying the restore from th cloud, maybe you can try with a save that’s not your main.

As long as you send from the email address that you used to purchase the mobile license you don't have to provide anything else.

I sent the mail last Thursday and still no answer. I’m waiting the license so I can play my main on the pc. I can’t save any progress on my phone. I haven’t played my main since 19/9

Dfrocha
4y ago
RE:were is the privet colony toggle located ?
I can’t find it anymore. I remember this option was somewhere before. You can always sack the new colonies if you don’t want to go offline.

Dfrocha
4y ago
RE:Multiple Consulate Structure bug
I’m having similar on iOS, game 0.44.2 (last at the moment) when my capitol was lvl4 and I built lvl5 I got both on the same place (this was on 0.41 I think) and on 0.42 or 0.43 I was able to sell the lvl4 capitol and upgrade the lvl5 to 6. I’m still able to build more capitols, any level. For the consulate I have it at lvl5 and when i sold it to put it in a new place I didn’t got the option to build a new one, not even lvl1 (I’ve closed the game without saving and reloaded and I got it back). I never had the option for a lvl6 consulate, if that exists on the game.

Dfrocha
4y ago
RE:Overheating iPhone 8Plus
Before iPhone8/iOS 11 the game was using a lot of cpu/battery my iPhone 7 still gets hot after some time playing. iOS works different than android and the game is not optimized for iOS. Maybe you can try closing apps in the background and avoid Snapchat while playing (I read it keeps using memory for a wile even if it’s closed), or taking some breaks while playing.
Off topic: do you have any issues when saving your colony?

Dfrocha
4y ago
RE:HELP my screen is black
Have you tried to flip it back to normal position? I read that some people still have the UI working and they switch to the flat view, there you might be able to locate the medical centre and flip it back to normal. There’s a few post with the same problem around maybe you can try theirs solutions.

Member
Member Since
September 20th, 2017
Welcome
Ape Apps, LLC is an independent software development company founded in 2010 by Brandon Stecklein. Over the years, Ape Apps has published over 400 apps and games across various platforms. You can get in touch with Brandon on Twitter or by leaving a post on his wall @bastecklein
Ape Apps
•Ape Market
•Ape Web Apps
•Soundboard City
•BackgroundBag
•Mad About Memes
•Ape Apps Store
•Ape Designs
App of the Day