bastecklein said:Yeah, the update has been rejected from the MS Store because it allows online play and does not conform to the Windows Parental Controls or something. I am currently working with their app certification team to get it resolved :-/

You can always use the launcher to get around it:
https://market.ape-apps.com/ape-apps-launcher.html

malakhglitch
4y ago
RE:My Colony v0.64.0 Released
I got the update notification for the Android app, but not for the desktop one.

EDIT: Just checked the Microsoft store and it still only has v0.63.0.

malakhglitch
4y ago
Color Picker
Can we have the option to enter a hex or RGB code to the color picker?

bastecklein said:I think what I basically need to do is allow multiple upgrade options for structures. Like you can either upgrade to A or B

That would be awesome.

malakhglitch
4y ago
RE:My Colony v0.63.0 Released
Okay, it's going to take longer to update Groddle than I though. ^_^;

malakhglitch
4y ago
RE:My Starship - New Concept Game
Wow. Based off Star Traders? That is also one of the very few Android games I ever bought and I still play it until today.

EDIT: Huh. It seems that while the update downloads it doesn't want to install automatically. I had to resort to using the setup.exe.

malakhglitch
4y ago
RE:My Colony v0.53.0 Released
The Alpha Draconians are a decadent race. Decadence and stagnation usually precede the fall of an empire no matter how "powerful" they are.

I tried out the Alpha Draconians, but ended up deleting my game to await further content.

malakhglitch
5y ago
RE:Most efficient building/housing
Looks like one of my earlier versions before I added space for lighting.

malakhglitch
5y ago
Forest + Lava question
What would the base world need to be if I want a lush jungle world (forest) that is tectonically active (lava)?

malakhglitch
5y ago
RE:Apocalypse World V.02
You forgot to upload the map methinks

malakhglitch
5y ago
RE:Lava world ideas
Trees work. I had several fir forests before they blew up and now have a grove of mega trees off to one side.

Also, something @nunez499 and I were discussing in the general discussion area; we want an actual volcano. I think something that when it degrades turns into a mineral or ore deposit.

malakhglitch
5y ago
RE:How are your Lava worlds?
I think that volcanic eruptions will not spare any area. There seems to be no pattern as to where and they blow up. As to when, you know that there is an impending eruption when the lava starts to shrink.

And yes, it would be nice to actually have a physical volcano. When it degrades it could become a mineral deposit of some kind.

malakhglitch
5y ago
RE:How are your Lava worlds?
Just when I finished reclaiming the north and even built my altar, volcano! 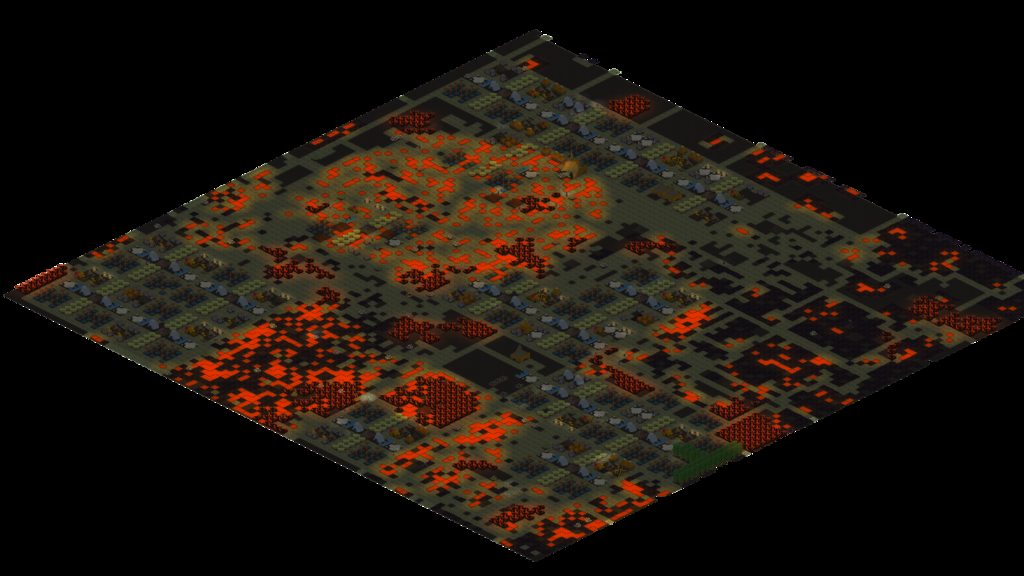 malakhglitch
5y ago
RE:How are your Lava worlds?
Tell me about it. I was approaching the 3k pop mark when the last eruption happened. At least the settlements on top are newly reclaimed from the lava.

malakhglitch
5y ago
RE:How are your Lava worlds?
My center area just got hit by a volcanic eruption. Previous eruption was in the left corner. 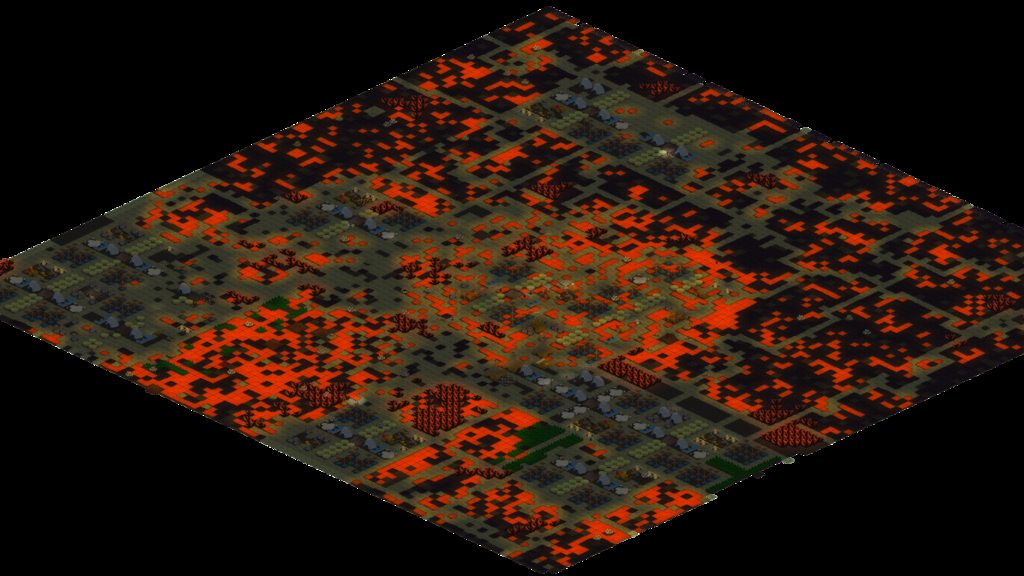 malakhglitch
5y ago
How are your Lava worlds?
Bell's Pyramid, my Zolarg lava world (medium map - average resources), is keeping me really busy. Volcanic eruptions keep blowing up my settlements and most of my time is spent rebuilding or reclaiming land.

malakhglitch
5y ago
RE:(probably) better way to place buildings (=more efficient)
I played around with this idea again once I started on my Zolarg lava worlds. I came up with the following basic setup.

malakhglitch
5y ago
RE:Introduction to the new Lava World - Page 2
When it comes to lava worlds I am sticking to mega-sized maps. Medium-sized maps always seem to see my settlements being ground zero for volcanic eruptions.

Member
Member Since
September 17th, 2017
Welcome
Ape Apps, LLC is an independent software development company founded in 2010 by Brandon Stecklein. Over the years, Ape Apps has published over 400 apps and games across various platforms. You can get in touch with Brandon on Twitter or by leaving a post on his wall @bastecklein
Ape Apps
•Ape Market
•Ape Web Apps
•Soundboard City
•BackgroundBag
•Mad About Memes
•Ape Apps Store
•Ape Designs
•Official Discord Server
App of the Day