RE:New EXTREME economy system
I agree with these ideas, but, the fact is, insectoids and reptillians don't have a higher gift cap, so maybe we could even the gift caps out, and then put more restrictions in place. Also, we could put tags onto colonies, which are based upon size or research, and colonies with the same tag can gift to each other, but in an emergency, any colony size (or up to a point) can gift to that colony.

sirdrewdude
2y ago
RE:Industrial Server Compound
Honestly, we just need a better server building. The large server building is good up until you are making maps of nanites, so maybe a 4x4 building with 5k-2k storage? I also agree with bandwidth bottlenecking so you cannot go overboard. But, 700 bandwidth can be quite a bit limiting late game.

sirdrewdude
2y ago
Updates to building
Lately, I have started to play My Colony a bit more, since it is a great way to pass time and there is always something to do in it. The layout feature is very useful when making a design, but I want to go further with something like it. Most layouts are just a design copied over and over into a map. If we could make one of these designs, and then mass copy it. So, this means to select an area, take everything in that area, and then either just move it, (A mass move) or take a copy of it, place it somewhere else and then have it be built. (It would move the structures, but it would still need to be built unless it was a mass move.) This would be helpful when building large things. Another possible option would to have the layout set up, and then have an option for all of the buildings to be placed to be built so you don't have to place all the buildings down. It would show the cost, and if you could afford it you could build it.
Thank you,

sirdrewdude
2y ago
RE:NEW GDP analysis in Region map
@bastecklein
To add on I did a test through a regional city. If you go to a map, then exit out and make another map, wait a minute, then it will set the gdp to the first map, but then it will decay over time to where the gdp was. Another game-breaking bug that could cause for maps without production to be declared producing
-testing colonies are the ones that are broken, and I will destroy them soon
https://coloniae.space/adu/10p8kF2n
That is my colony ADU, not sure if it will help.
I can give a duplicate of my colony if needed.

sirdrewdude
2y ago
GBT Updates
I have heard a lot lately about the GBT and auto trade, so here are a few ideas.
1. The GBT is filled up with huge 100mil or 500 contracts, making it impossible to get what you want
What you could do is make a filter for contracts so you can see certain sized contracts. Also, with auto trade, I would maybe like a way to edit how much I trade and when I trade it, so I am not losing productivity to it only trading 1/10 of my storage, very slowly. Also, when you buy through auto-trade, I would like to adjust that too to where you can set it to what you want.

2. Another thing is that I feel that the insectoids' new structure (Unholy hall of Ancients) is a bit overpowered. Like the other civilizations, I feel that maybe the insectoids should have multiple structures, so maybe the Hall of Ancients only produces money, civics, and research, while there is another building that maybe consumes something like money and research to produce relics, instructions, and artifacts. Also, maybe the insectoids get a structure like the Draconians' Center for Ancient Extraction. To add on, possibly that structure and the Center for Ancient Extraction could both store starships, as they would use them and the Draconians one costs starships to build. It would help them be on the same level as the human civs when it comes to producing, consuming, and storing starships.

sirdrewdude
2y ago
RE:My Colony v1.4.0 Released
Bast,
Thanks for the help for getting the update to work
I was thinking and even though you really don't need it, there should be a late game civics/research/money building that consumes nanites or something, so you can prepare for another large late game change or something
Thanks

sirdrewdude
2y ago
RE:My Colony v1.4.0 Released
Hi Bast,
In reference to the new update, it seems that the game is now rejecting my online colonies when I try to upload them up. It says that the game rejected my credentials and it asks to make sure I am using a licensed copy of the game.
If you know why this is happening or how to fix it, please let me know
Thanks!

sirdrewdude
2y ago
Converting a Region Colony from mobile to web version
I have tried to convert a colony I have from the mobile version to the online version (1.3) Whenever I open the file, and select a city in the region, it comes up as "Save File Corrupted!". I have the file if it is needed

sirdrewdude
2y ago
RE:My Colony v0.94.0 Released
@bastecklein have you put the update out on web yet? It's not showing up :/

sirdrewdude
2y ago
RE:Colony Wars Beta Status
Does multiplayer work? For me it doesn't

sirdrewdude
3y ago
RE:My Colony v0.86.0 Released
@bastecklein is there going to be a forum thread for people posting their regions map?

sirdrewdude
3y ago
RE:Big Game Saving Change on v0.86.0
I also would like to ask if there is anything different with the way people work/anything different concerning jobs? Because whenever someone goes to "work" they disappear and then go into the nether or something because they aren't actually even employed there :|

sirdrewdude
3y ago
RE:Big Game Saving Change on v0.86.0
otherwise, I'd say that this is pretty stable and it has fixed that problem of losing things. Also, what did you change with the virtual colonists?

sirdrewdude
3y ago
RE:Big Game Saving Change on v0.86.0
I would also like to ask if you changed anything regarding homelessness? I have literally double the amount of housing for my people, yet almost 90% of them don't have a job (Which I have enough for all of them) and are homeless... 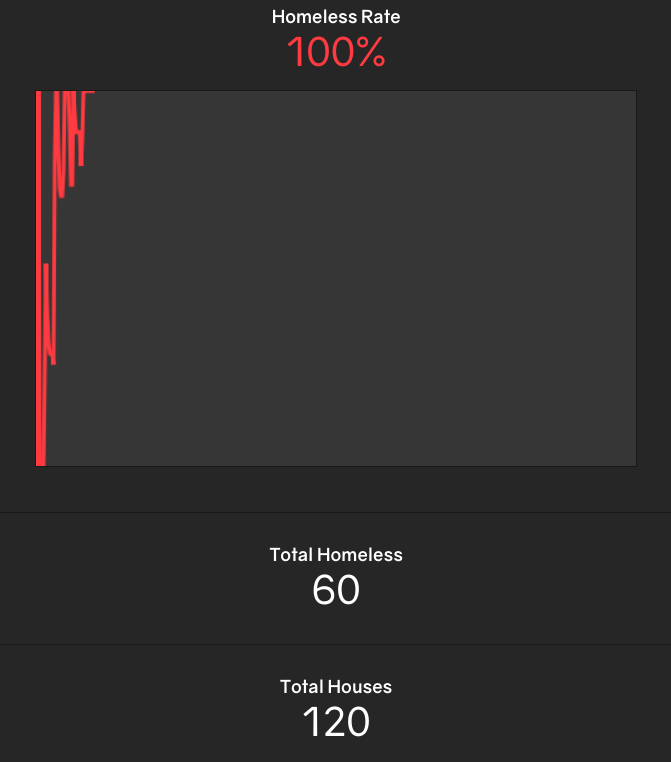 sirdrewdude
3y ago
RE:Big Game Saving Change on v0.86.0
It works pretty well, but it is a bit laggy when loading a region. It also is kinda laggy in general.

sirdrewdude
3y ago
RE:Section for resource maps in regions
No, I mean that you have the layout, not the actual thing. It would be nice to have some sort of highlight to place things down so you can finish the map how it is, not doing some weird thing then accidentally breaking it (Ahem)

Member
Member Since
December 6th, 2018
Welcome
Ape Apps, LLC is an independent software development company founded in 2010 by Brandon Stecklein. Over the years, Ape Apps has published over 400 apps and games across various platforms. You can get in touch with Brandon on Twitter or by leaving a post on his wall @bastecklein
Ape Apps
•Ape Market
•Ape Web Apps
•Soundboard City
•BackgroundBag
•Mad About Memes
•Ape Apps Store
•Ape Designs
App of the Day