bastecklein
Developer
Posts: 2904
785
0
1y
#1
My Empire has just been updated to v1.2.0 which should be hitting all platforms within the coming days. This update addresses several bugs, updates it's codebase to the latest Ape Apps shared libraries (scroll3d/vpploader/adl/etc), and adds the following features: 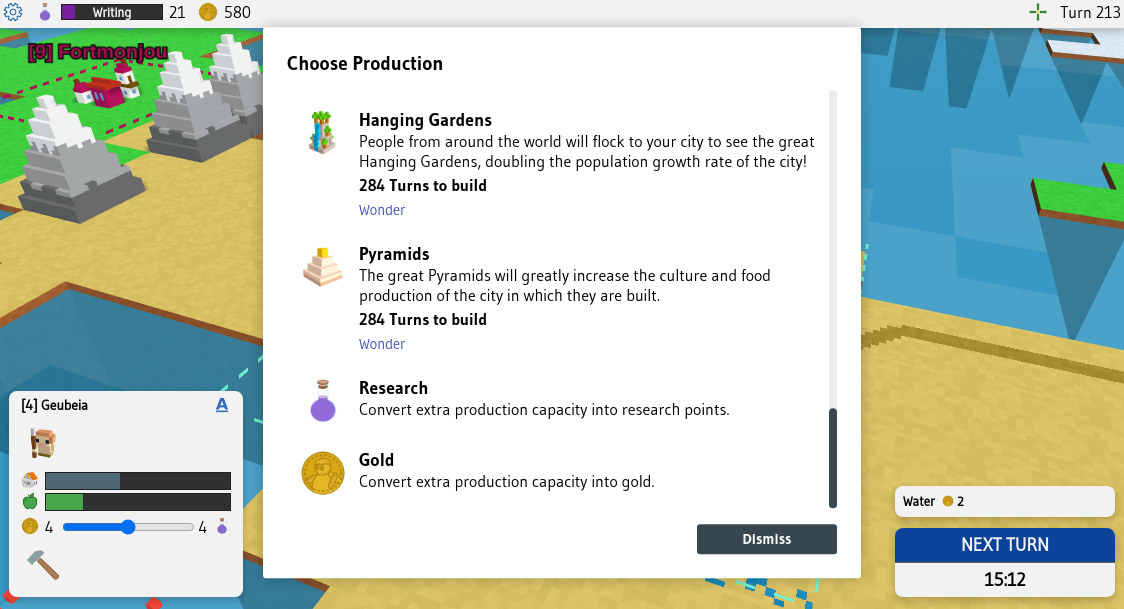 My Empire is available on all platforms, and you can find download links from the Ape Market at the following URL:

tautaula
Member
Posts: 11
0
0
1y
#2
If it would take one turn to build a unit such as settler, is it supposed to never build it? Web version is doing this.

Edit: the city size (population?) is at least 50. Game is on easiest setting (because I want to examine gameplay details). I set the city to build a settler, which should take one turn. Regardless of how many turns, it never finishes. It's not just settlers; any unit that a city that size only takes one turn to make, never gets built.

bastecklein
Developer
Posts: 2904
785
0
1y
#4
You know I was thinking @tautaula , it might not be building because there is a 2 unit per-tile limit, and if there are already 2 units on a tile, it wont build until you move one
Owner of Ape Apps, LLC