RE:Render problem.........
Yeah, I know. So those cloud traces are not a permanent thing in the game, I was just trying to figure out why drawing sprites is causing the ground to go transparent in some places :-/

bastecklein
23h ago
RE:Music track suggestion
Thank you @DrSemiAuto0 , this would probably have to be for MC2 vs MC1, as MC1 only supports MIDI music. As to what @Luker124 said about copyright, as long as the track was made with Garageband, I do not think it would be an issue, I have used Garageband to make music for some of my other titles in the past. I do not believe DrSemiAuto0 would decide to sue me, I would assume that this thread and the fact that he posted the song counts as a pretty public permission slip to use the file!

bastecklein
1d ago
Voxel Paint v1.6.0 Released
Today I am putting the final touches on v1.6.0 of Voxel Paint, which should be hitting all available platforms in the coming days. This update adds support for new "emissive" voxels, which will be needed for setting up structure lighting on the upcoming My Colony 2.

To use the new feature, you can now right-click on an individual voxel to access a new popup menu. When you turn on emissive for a voxel, you get new options for Glow Radius and Glow Intensity. These properties will determine how My Colony 2 (and other products) will ultimately render the lighting. There is currently no way to set this up on a touch screen device though. 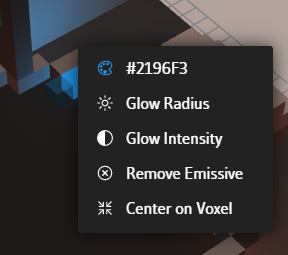 In the View dropdown menu, there is a new Scene Light Color setting which you can use to adjust the lighting in your scene, which is handy for testing out your emissive voxels. The scene lighting data is not saved to the actual .vpp model, but it is used when taking a render of your model. For example, I added a couple of lights to one of @GeneralWadaling 's MC2 models and turned down the lighting in order to test the feature: 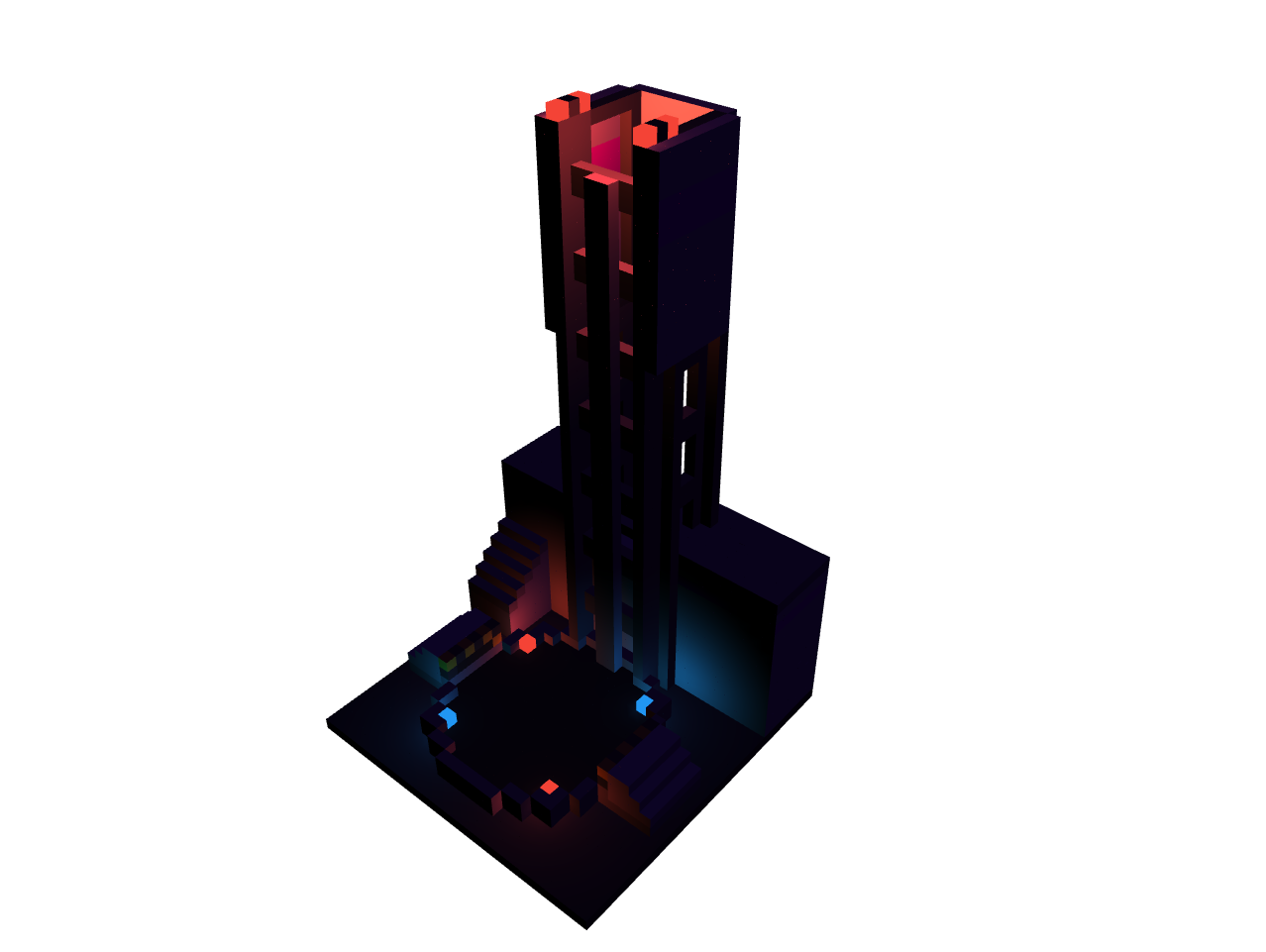 Keep in mind that when creating models for My Colony 2, the voxel Glow Radius property is specified in voxels, whereas 16 voxels = 1 tile in the MC2 engine. Also, when you are setting scene brightness in the game, the light intensity level is roughly based on the color itself. For instance, a scene color of white (#ffffff) is like a room with the light turned on, where as a scene color of black (#000000) is basically the same as a white light with the intensity turned down to zero (hope that makes sense).

Some time ago, I believe @Sobeirannovaocc or perhaps someone else requested the ability to be able to pass raw .vpp data into Voxel Paint as an external parameter, and have the app render the file (as opposed to passing in a stored .vpp file url). This functionality is now present in Voxel Paint v1.6.0, and is used like this:

Parameter = emd={(json data here)}
You then base64 encode the above and pass it in as the parameter.

For example, suppose your VPP data looked like this:
You would convert that object into a string and put emd= in front of it:
You then base64 encode that entire string:
And you can finally build your iFrame URL like this:
Click here to test it out, you should get something like this:
The -AABLKTB- part of the URL above is optional, but it does remove the app toolbar, which you will want to do if you are hosting this in an iFrame and are trying to render a sample of the vpp data.

I do not know if browsers will place a limit on how large of a parameter one can pass in as an iFrame URL, but the few vpp files I have tried haven't had an issue, so your mileage may vary.

Finally, I have removed the camera rotation limit that stopped you from looking at the bottom side of a model, so you can now rotate the camera completely to the undersize of the scene.

The next step is to get the lights to actually show up in-game, so that is what I will be working on next. I need to make updates to the VPP Loader script to handle the new lights and emissive voxels, after which I will first implement the changes into the Voxel Playground application for testing.

In terms of My Colony 2, I think that buildings should be limited to between 0 and 1 lights. Above I posted a picture of one of Wadaling's structures with 8 active lights on it, and it does look cool, but that scenario would actually be a complete disaster for this type of game. Since My Colony 2 maps are all designed by the player, it is not possible to pre-compute light maps like would be done in a traditional 3d game. For this reason, I think that MC2 lighting should be limited to specific lighting structures, like the street lamp in MC1.

That said, a structure that has an emissive tile with a Glow Radius of 0 will not actually create a light in the MC2 engine. It will instead make that individual voxel unaffected by environment lighting. meaning the scene could be night time, but that voxel would still shine bright as day: 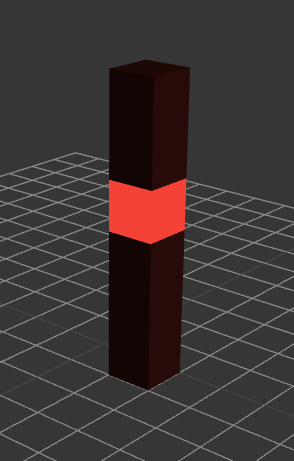 That said, I think it should still be used sparingly, as juts letting objects react to the general environment will probably generally work out alright.

So that is all for this Voxel Paint update. My next steps are to update the .vpp loader and to get the lighting engine working in the Voxel Playground app. I will post updates on the forum when those tasks are done. Beyond that, we will be ready to have a fully functional night time mode in My Colony 2. Exciting!

bastecklein
1d ago
RE:Mc2 - My take on the Lore, and how this will affect gameplay.
Ok, so my take on this is that I prefer to flesh out the lore in either spin-off games or in places like the wiki on the My Colony Universe website. I think that most players are going to prefer to just have a good simulator, honestly. But then for the few who want more, people like us who are involved in the forums, putting a lot of hours into the game, etc, there is more available for those who want it.

bastecklein
1d ago
RE:my colony on linux
You can also get it via the Ape Apps Launcher on Linux, see this thread for setup instructions:

If you downloaded the Linux package from the Ape Market, extract the files, open a new terminal in the extracted directory and do ./"My Colony"

bastecklein
2d ago
RE:My Colony 2 Sunset
I'm currently working on a Voxel Paint update to allow adding lights to models, and then I will be looking at lighting up the MC2 night time mode. Gonna try faking it using Sprites at runtime, but I might have an option to use actual dynamic lights on engine settings. I know mobile won't be able to handle it though.

bastecklein
2d ago
My Colony 2 Sunset
Just the sun setting after a long day on the Red Planet.

bastecklein
2d ago
RE:Experimenting with MC2 Camera Effects
Yeah agreed, it's a bit strong at the moment. 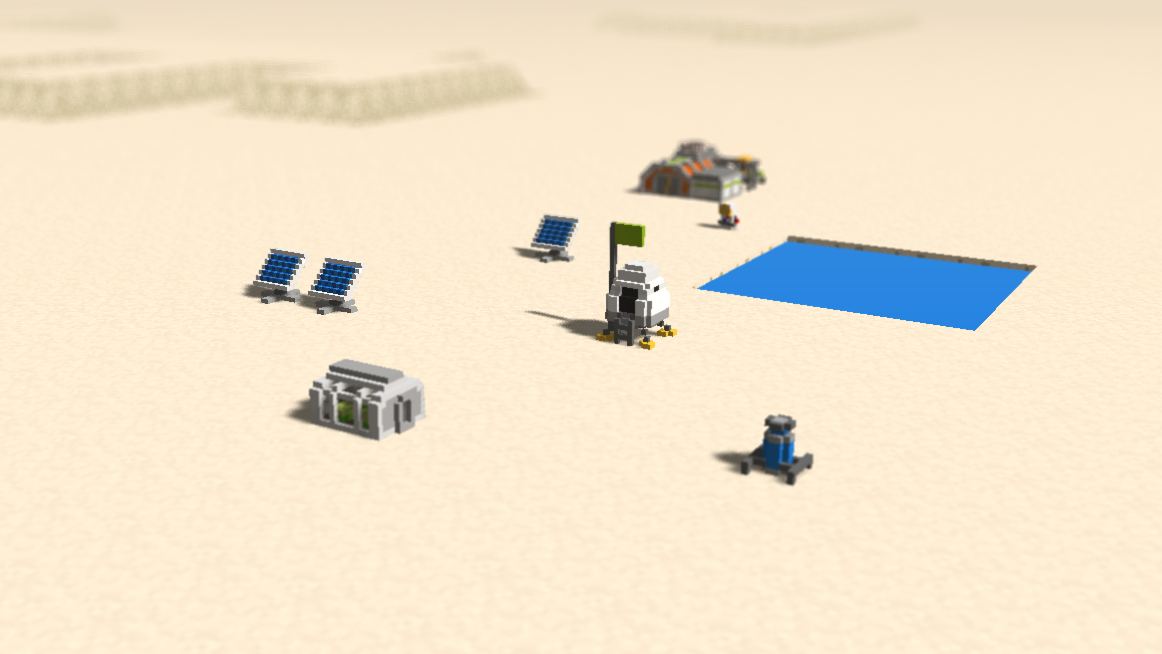 bastecklein
2d ago
Experimenting with MC2 Camera Effects
I have been playing around with getting camera effects working on MC2, more specifically, a depth of field "bokeh" effect. Here are my results at the moment: 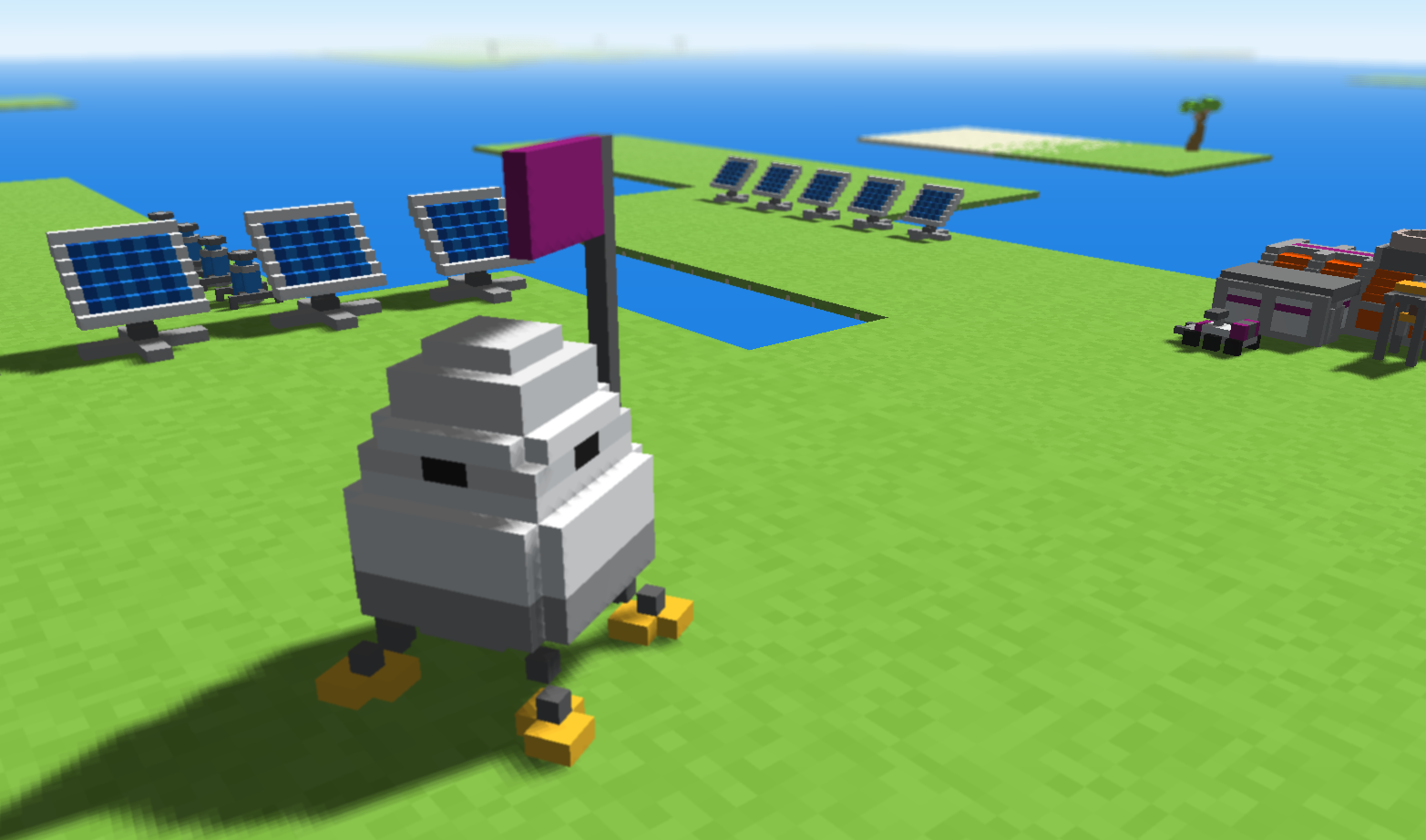 Anyway, a bit more work is needed, especially changing the parameters of the effect at different zoom levels. Once I get it worked out though, I think it's going to make the game look a lot nicer! Of course, there will be an engine setting to disable the effect.

bastecklein
2d ago
Light/Dark Theme Support
The site now supports light/dark mode. There are three options in your profile settings, Light, Dark, or System Default. Everybody is now set to System Default until they specify otherwise, and so the page theme will match whatever light/dark setting you have on your device.

bastecklein
2d ago
RE:Colonial Tycoon Beaten in 2 hours.
Thanks for the info @ablindoldman

bastecklein
2d ago
RE:A brand new testing thread - Page 2
And is there any point in putting a powerpoint on a forum? IDK

bastecklein
2d ago
RE:A brand new testing thread - Page 2
Sorry I stole your spreadsheet @GeneralWadaling , but your work inspired me to add excel embedding into the forum lol

Developer
Member Since
September 2nd, 2017
Welcome
Ape Apps is an independent software development company founded in 2010 by Brandon Stecklein. Over the years, Ape Apps has published over 400 apps and games across various platforms. You can get in touch with Brandon on Twitter or by leaving a post on his wall @bastecklein
Ape Apps
•Ape Market
•Ape Web Apps
•Soundboard City
•BackgroundBag
•Mad About Memes
•Ape Apps Store
•Ape Designs
App of the Day