Today My Colony 1 has been updated to v1.14.0, which should be going out to all platforms over the coming days. There are a handful of bug fixes in this update, but the main change is that now users with the My Colony Progressive Web App (PWA) installed can choose to have the game save files onto the local filesystem instead of to the internal browser cache. Find this by selecting More Options -> Game Data -> Save File Location from the main title screen.
Posted by

Greetings all, and welcome to another My Colony 2 version bump! This release features a handful of engine improvements, as well as new content and features related to the Water World! 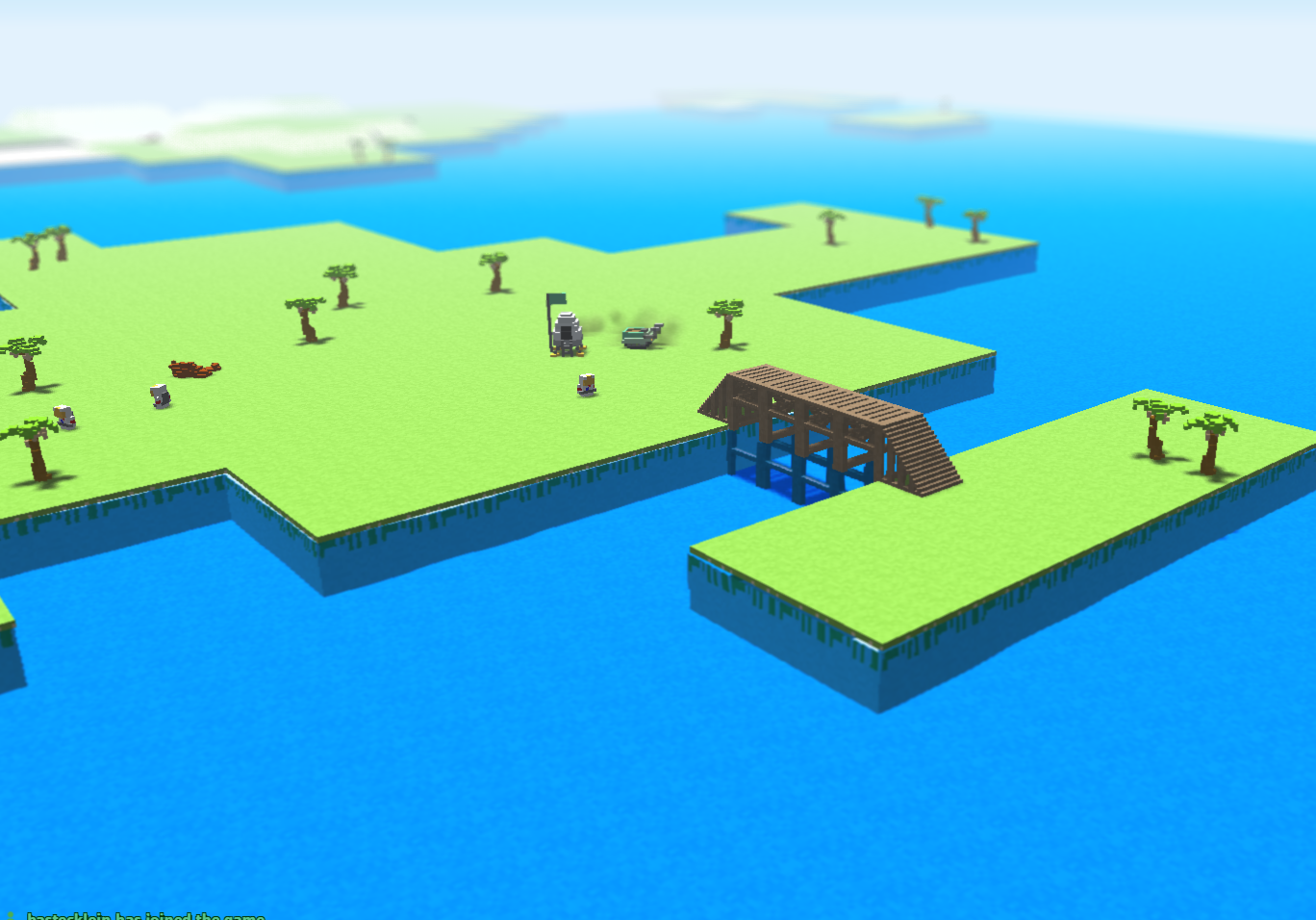 Some of you might know that Ape Web Apps supports two release channels, "stable" which is the regular URL of an app/game, and "beta" which is accessed by appending /beta/ to the end of an apps url, eg: https://www.apewebapps.com/my-colony-2/beta/.

The stable channel is the code that propagates out to installed Progressive Web Apps and to the Ape Apps Launcher, while the beta does not. The issue is that I have not been utilizing the beta channel for MC2 development, but the PWA and the Launcher only auto-update when the actual version number of the app changes. This is a problem because if your Launcher or PWA update at 3pm when I have some borked code uploaded to the server and then I upload a fix at 3:15pm, the Launcher and PWA will not update to the new code until the version number increases.

To address this, I have now broken development into the two channels, and have upgraded the "stable" channel to v0.5.0 and the "beta" channel to v0.6.0. The stable channel will only be updated once per week, while the beta channel will be updated multiple times per hour while I am working. This way, you can install My Colony 2 from either the Launcher or the PWA and your build will remain stable and consistent with other users on the stable channel, until the next weekly update is pushed out.

Regardless, do not confuse the naming convention of the two channels with the actual state of the game, that is just what my server uses. For MC2 purposes, you can consider the two to be dev/pre-alpha and alpha.
Posted by

I did not have a lot of time to work on My Colony 2 over the past week, so there isn't a ton to report in this weeks update, however changes were indeed made, so your PWA and Ape Apps Launcher releases should be automatically updating themselves soon, if they haven't already. 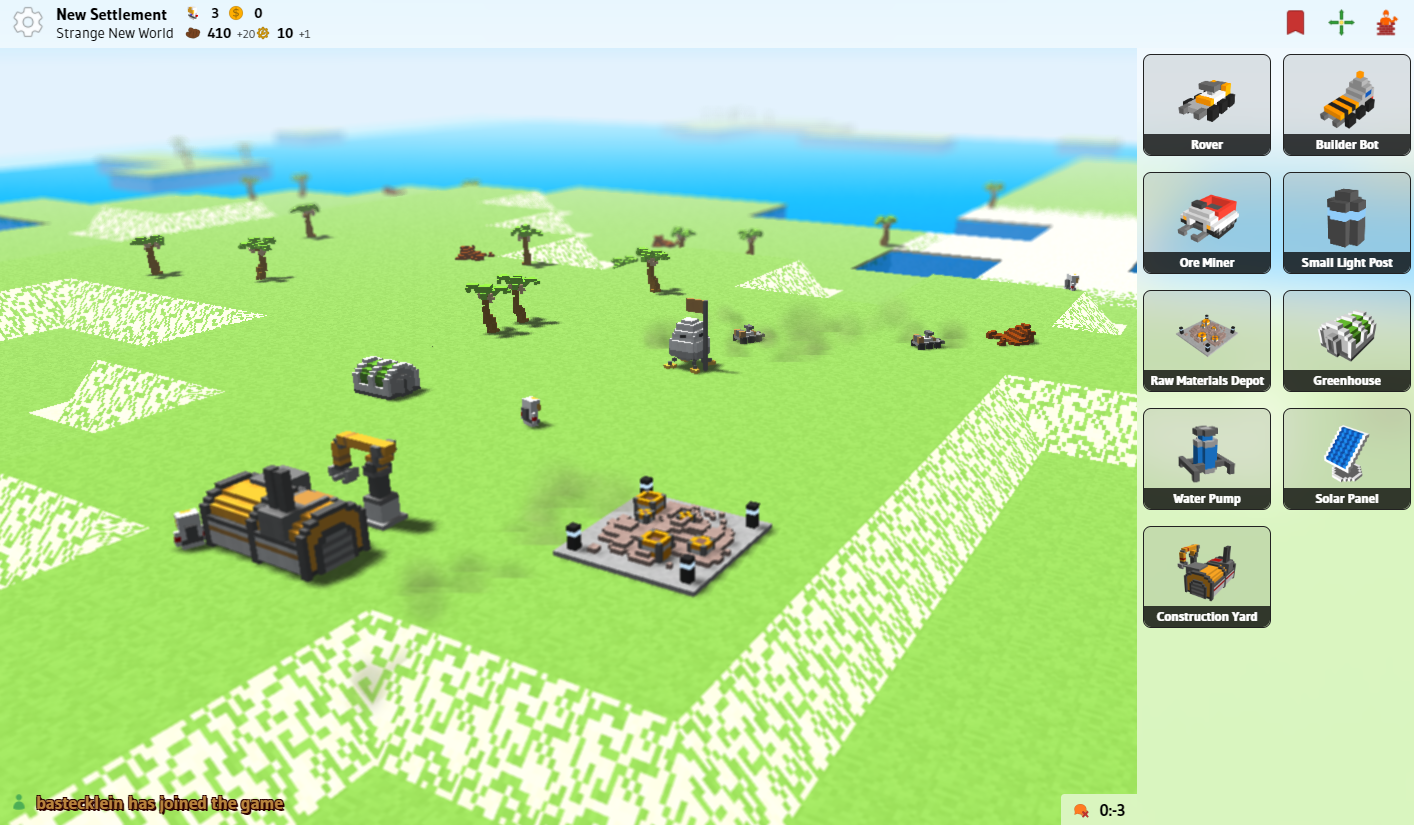 I am probably going to be implementing utilities next, so gameplay is going to change quite a bit soon. Utilities in MC2 will be similar to MC1, with some small differences. Firstly, Water will be a utility in MC2, as opposed to a resource like in MC1. Maybe Food too, I haven't decided. Utilities are going to be on a per-settlement basis, although there may be a way to trade utilities between settlements, perhaps for profit.

Anyway, not much else to say. Keep those suggestions and reports coming, and stay tuned for more!

Back Up Your My Colony Data

Important: If you play My Colony on Ape Web Apps (the browser edition) and are not using the Cloud Sync feature, you should either make a backup of your colony or enable cloud sync. There are changes coming to the way the web app stores data, and there is the potential for data loss if you are not using the cloud sync feature. This change impacts both My Colony primarily, as it does not have cloud sync enabled by default like some of my other games.

Data saved to the browser is prone to browser automatic purging anyway in an effort to reduce storage space, so Web users should have backups or cloud sync enabled anyway, but this is particularly important. This new file storage method should reduce that risk in the future though.
Posted by