Amateur programmer, Amateur artist!
Regional Inflow/Outflow
I noticed recently that the regional inflow/outflow is not always correct, and I'll give an example. 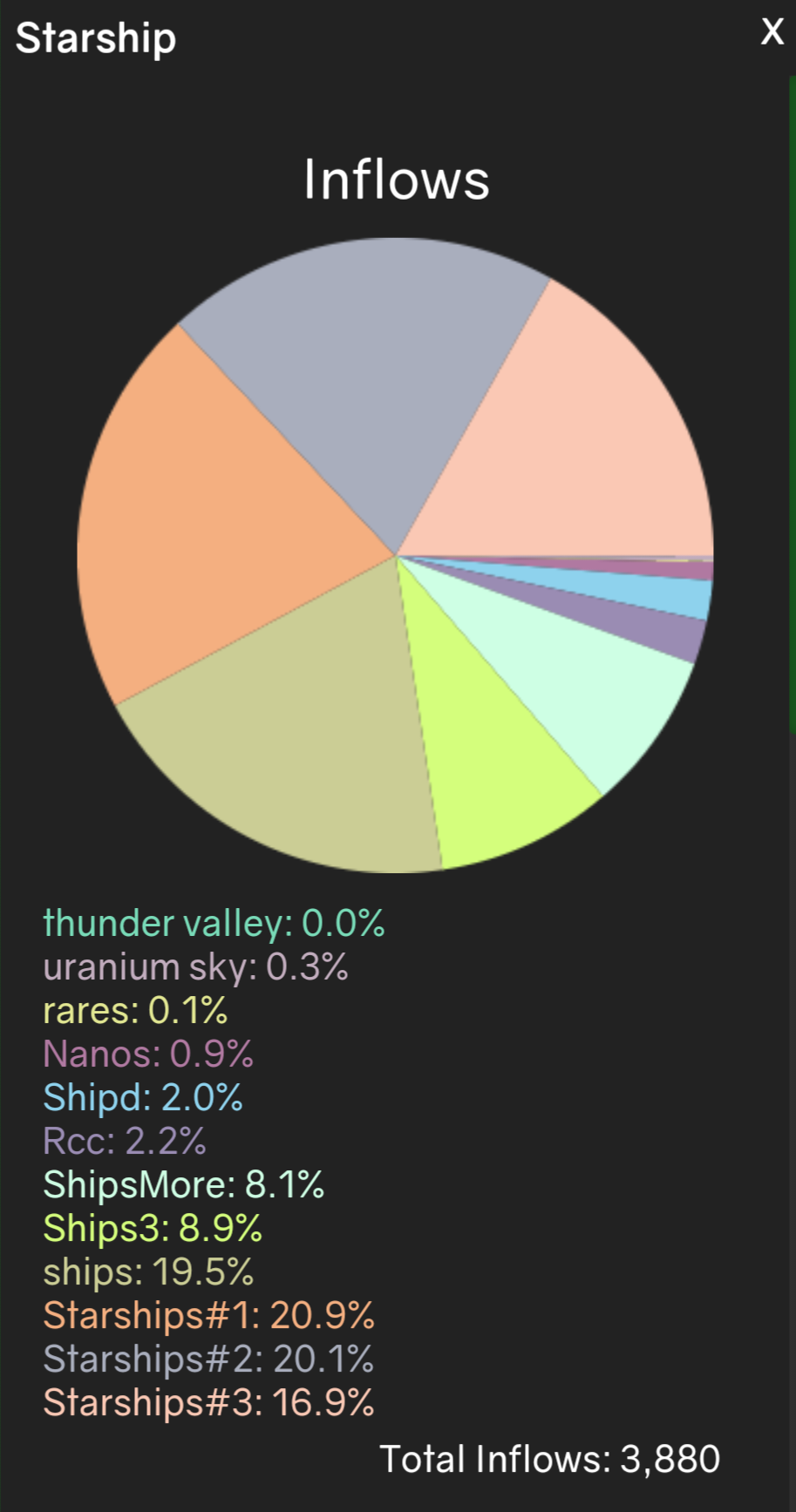 Here is my total inflows, as you can see somewhere in the 3k range. 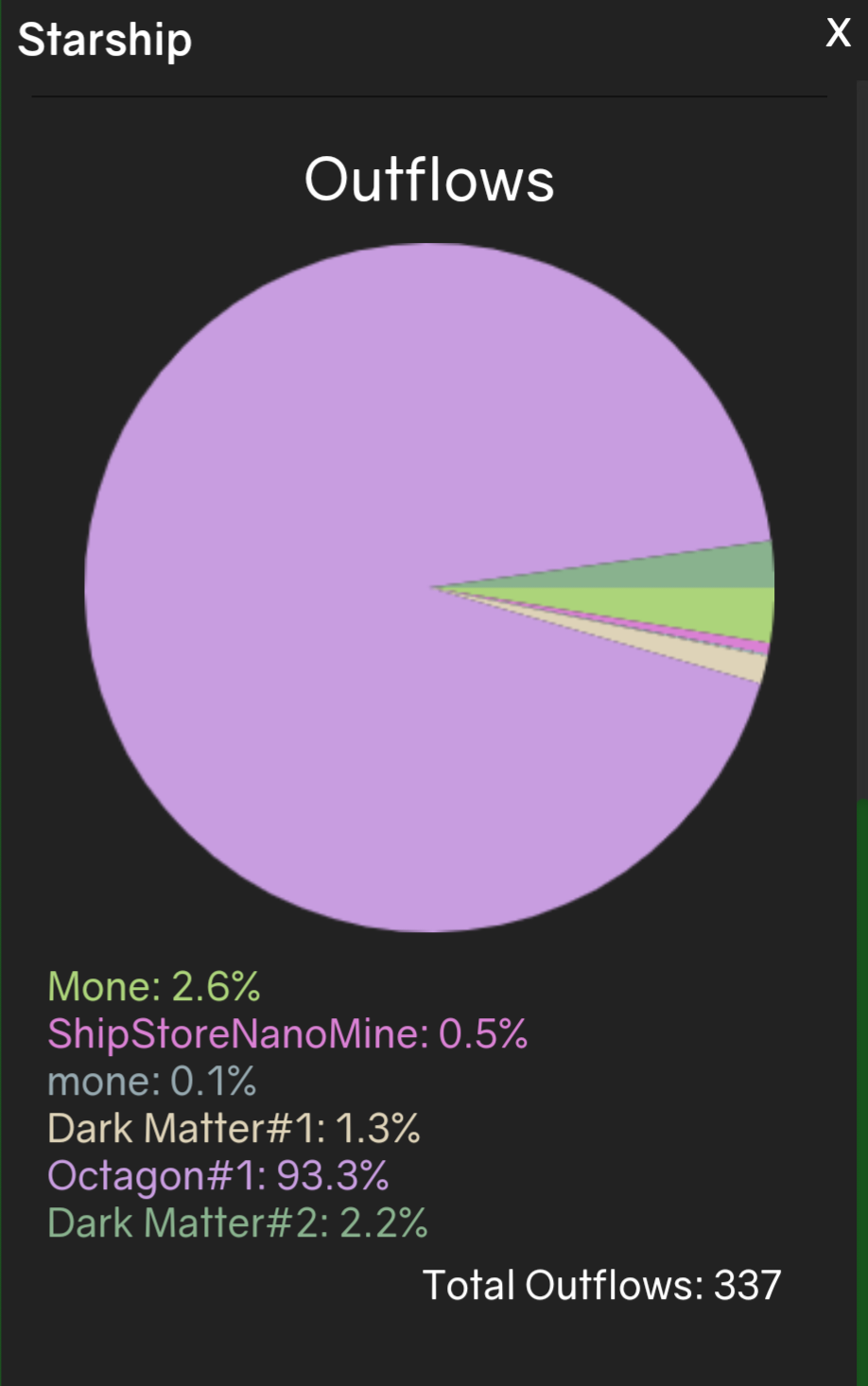 And my total outflows, only around 300.
So, from this information, you would think that the trend for total amount of resources would be a straight line graph, going up 3000 every cycle, minus the total outflows. Reminder: I have not sold ships nor bought them. 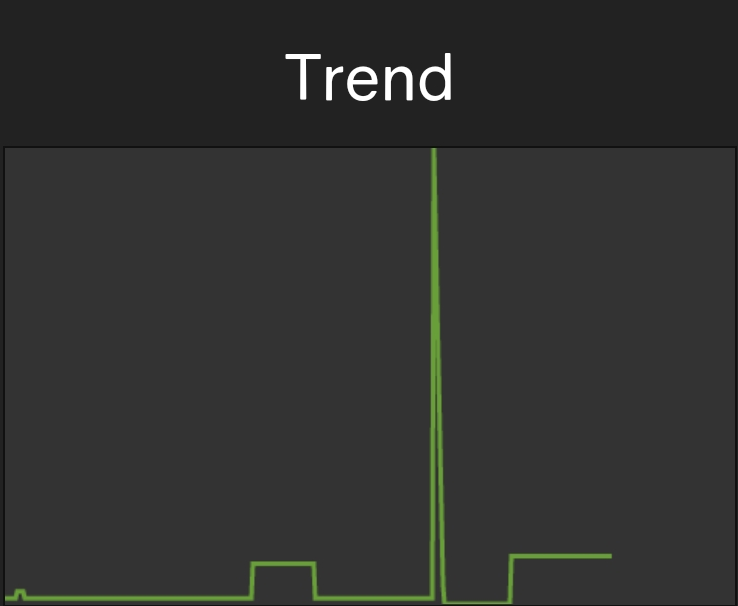 This is the graph that the game generates and what I've seen. I've made more than 3 ship places, but I'm still either bleeding ships or flatlining. This dosen't make sense. The math is not adding up.

Luker124
1mo ago
Music Inquiry and Demo
So I put together a little demo of a 4-bit (Chiptune) that I don't find annoying, but if anyone has an input I will gladly accept!
Like I said, any sort of input is gladly taken!

Luker124
1mo ago
Ideas
Hopped back into My Colony for the first time in a while, and thought of some stuff.

Center for Augmentation Studies: Study how making humans into robots work. Outputs a lot of research and takes robots and hundreds of workers.

Combustion Chamber: A chamber for the creation of Uranium, utilizing high water pressure and isotopes of Uranium(Just Ether).

New Tech!: Liminal Spaces
Liminal Housing: 1x1 housing with thousands of people. Could use a new type of super expensive bot.
[ Could be used for even smaller production buildings. ]

Quantum Cloth Synthesizer: Uses wood and water to pull the fibers out of the wood to make cloth at an alarming rate.

Thats all for now, but stay tuned for more here in the near future! Feedback is appreciated.

Luker124
4mo ago
Improvements
I have compiled a list of QOL and Structural improvements to the game that (I believe) would be amazing to have. List is alternately colored for easier reading. Here we go:
When creating a structure, rovers will automatically prioritize building the structure over collecting resources.
Path finding for rovers will prioritize taking pavement over no pavement to their destination.
Optional flashing effects for rovers on their voxels(Could be used to signal authority, or to move colonists out of the way in the future) OPTIONAL
A realistic animation for the lander pad, such as a small space ship landing then departing after colonists are offloaded. Changing the "generation" speed of the building would also be essential to this. This would also open the door for custom building animations!
Why is water a utility but food is not? I suggest either changing water back into a resource or making food a utility too, for organizational sake.
Pavement places between two buildings sometimes doesn't build, and even when it does, it sometimes just vanishes into thin air. Would make an amazing party trick, but not a good game mechanic.
Individual selection for drop-off points for resource collecting rovers(Preferably some sort of selection on the map, maybe highlight possible places in green)
Voxels can be made into the -y axis, allowing for holes in the voxel models, and realistic depth.
Some sort of better construction animation, instead of the building emerging from the ground like the undead.
That about wraps it up! I made this while extremely sleep deprived and after a long day at work, so I'm sorry if i come off a bit demanding/dry, but these are only suggestions! Anyways, thanks for reading!

Luker124
7mo ago
RE:My Colony 2 v0.23.0 Released
Hey Bast, I've noticed that there is a lack of a sort of list for trigger flags, so if one could be compiled that would be amazing!
Great work on the update though! I'm happy to see tons of new content coming into the game so fast!

Luker124
7mo ago
RE:Vanilla Enhanced - WIP
That would be very useful in the mod, thank you!

Luker124
7mo ago
RE:Coming Soon
From what you said abt loading troops onto a ship and having them go to another planet, this could open up the possibility of building on another planet too, right? And if that's the case, then couldn't we have cross-planet colonies? I think that would be extremely cool, but resource syncing would be hell for that I bet🤣

Luker124
7mo ago
Vanilla Enhanced - WIP
So, I bought the MC2 premium for shits and giggles last night, and I hopped into a private game to see what all the hype is about. Holy crap. This game is actually pretty good. I had a few small gripes I was going to bring here, but I stopped myself and though, "wait, I can just mod the game to suit my own needs and preferences!" So kudos to you, Bast, for making an amazing platform which I can foresee becoming a jumping point for some extremely talented modders to introduce great content!

I truly believe that this game will go far, and with this simple addition, it could be taken ever farther.

Luker124
7mo ago
RE:Coming Soon
Is Mc2 going to have lots of combat mechanics? or will it be more oriented towards colony builing?

Luker124
7mo ago
RE:Alpha Draconis bugs guidance broken
What's your colony name? I can send you billions of obsidian for your troubles lol.

Luker124
7mo ago
RE:Alpha Draconis bugs guidance broken
Yea this happens quite a bit. The simple fix is to clear the path of the bugs to the ore, or to tell them to move to an area and then telling them to harvest. This will reset where they want to go, but nevertheless, this is indeed a bug that needs to be fixed.

Luker124
7mo ago
RE:Run the Ape Apps Launcher PWA on startup
You built the launcher with Electron?

Luker124
1y ago
RE:A 3D Turn Based Tactics/Strategy Game?
Something like XCOM? You would need a very good engine for that, something used by AAA game development studios.

Luker124
1y ago
RE:Try Ape Apps Launcher v2.0.0 Beta
Speaking of Mc2, is there a certain reason you need premium to join multiplayer games? I thought it was always that you needed only an account? Or has that changed?

Luker124
1y ago
Suggestions and QOL changes.
I've gotten back into My Colony again lately, and I've noticed a couple of changes that could be made to help the overall Quality of Life.
1.) Large buildings like the starship port, disappear if you scroll a little bit too far away from the center of the building.
2.) Currently, a lot of rss don't have any use in late game. I'm not asking for a huge content update, but if we could get something that uses starships and makes something like charcoal(I don't just some sort of useful resource) that would give bigger incentive to getting into ships. B/c unless you have a large base of Tri generation, ships are overall a net loss.
3.) On the ape apps launcher of MC1, if you try to click the person's name in chat on the right hand side of the screen it will not pop up the list of colonies.
4). Please Bast add a dark mode to the ape apps launcher version of MC1. Please. My retinas beg for it.
5.) An option to click and put a number in where you want to export resources, instead of the slider we have now.
6.) Revert gift nerf. Please.
7.) Making it possible to sell to the galactic loot pool in higher lots than 100 million. I have well over 1/2 trillion ore I want to get rid of(Thx Bob), and selling it off in 100m increments is never gonna make it.
8.) Fix auto trade, b/c it doesn't work for some reason. I'll tell the game to auto trade my ships and my ships will just stay at max the entire time. Maybe add a feature to specify how much to sell at a time and how much to sell it for?
9.) A faster way to generate bricks. That's all.
Overall, now that I've written this out, it seems a lot longer than I originally anticipated. But hey, MC1 still needs a bit of love every now and then. I would hate to see the game that built my early teen years die.

Luker124
1y ago
RE:"Refinery"-type Buildings Useless?
Mainly, they operate as drop off locations for rovers if you don't have the correct storage setup. They also make atmosphere, and that's pretty useful in late game. But yes, they don't really add resources to the game, but they still do have a purpose.

Luker124
1y ago
Saving via Region
I have recently noticed that saving from a region is broken. My gdp grew about 15 trillion, and I looked at Colinae(Colinaie?) and saw that it hadn't updated. So I tried to save from the region but it constantly is syncing with the server/or is just not letting me save b/c it says it's already saving. Considering my colony's file is almost 3 years old (birthday on May 14!), could that be the problem? Idk. I'll be uploading a video to the discord, at NOZ.

Luker124
1y ago
MC2 suggestion - DoorBlocks
I've been modding the game as of late, and I really want to make structures with some sort of entrance for the workers to go into. Seeing as there is no specified location for them to go into, I think right-clicking a block and selecting "make a door block" should be implemented. This will change the block into a "door" for the colonists. Meaning they will pathfind to this block to enter the building, and the block will be able to be traveled through via rovers and workers.

Fun fact: I modded the game before I even played it.

Luker124
1y ago
RE:New Engine Settings Menu
Hey Bast! With the release of Scroll3d, can scroll 2d become open source? I would love to make a Mc1 clone with it, provided you dont care if I do.

Member
Member Since
November 20th, 2018
Welcome
Ape Apps, LLC is an independent software development company founded in 2010 by Brandon Stecklein. Over the years, Ape Apps has published over 400 apps and games across various platforms. You can get in touch with Brandon on Twitter or by leaving a post on his wall @bastecklein
Ape Apps
•Ape Market
•Ape Web Apps
•Soundboard City
•BackgroundBag
•Mad About Memes
•Ape Apps Store
•Ape Designs
•Official Discord Server
App of the Day