Luker124
Member
Posts: 147
67
0
7d
#1
So, I bought the MC2 premium for shits and giggles last night, and I hopped into a private game to see what all the hype is about. Holy crap. This game is actually pretty good. I had a few small gripes I was going to bring here, but I stopped myself and though, "wait, I can just mod the game to suit my own needs and preferences!" So kudos to you, Bast, for making an amazing platform which I can foresee becoming a jumping point for some extremely talented modders to introduce great content!

I truly believe that this game will go far, and with this simple addition, it could be taken ever farther.
Join my Commonwealth! WAst4IOO : and join the NOZ discord: https://discord.gg/Vy6UZhhfA2
Owner of Komet Labs!

bastecklein
Developer
Posts: 2885
768
0
6d
#2
I started to add something similar and forgot about it, maybe I will go ahead and get the basic framework going for MC2 v0.23.0, which I am currently working on. @Luker124

Basically there was/is going to be a new section in the editor called either "Events" or "Scripts," which are triggered based on flags. You can already see where I started, where placing a unit or structure can set a global or player flag. And then when a flag is set, the engine is going to look through the scripts and see if one is triggered by the flag, and if so, it will perform some sort of action, which could be a dialog, sound effect, give you a unit, unlock a tech, or really anything.

The system was going to be used to create the in-game tutorial, but it could also be used in the way you are describing here.

I will try to get something implemented for the next update, at least a rudimentary start to the system.
Owner of Ape Apps, LLC 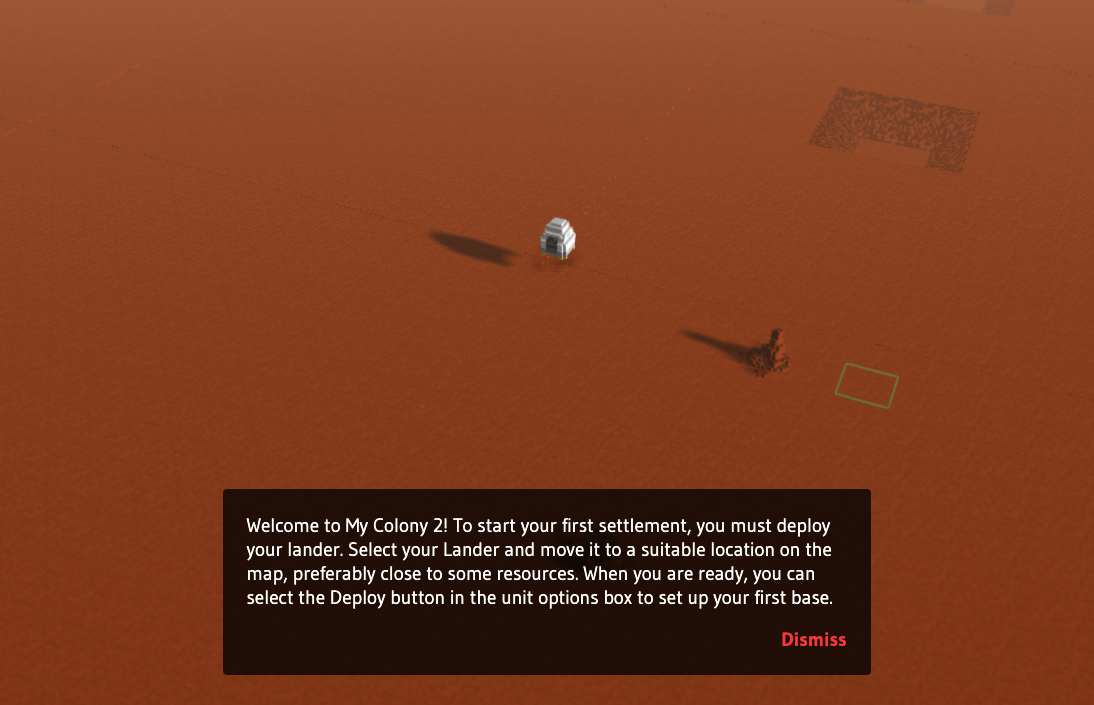 Done with the new flag + scripting tools I am implementing
Owner of Ape Apps, LLC