Posts and pages on Ape Apps tagged with #mycolonystats
My Colony Stats - November 2017
As @Ottoich so kindly reminded me a bit ago, back in September, I said I was going to be releasing monthly statistics related to My Colony (see that post here), but then I sort of ended up forgetting about it. I was looking at the graphs that I posted in the last thread though, and they look almost identical to the statistics for the current period, so I wont bother posting the same stats again. Instead I will give some different ones that you guys might find interesting. Let me know in the replies what you think!

Where do My Colony players live?

Ever wonder where My Colony players come from? Wonder no more: 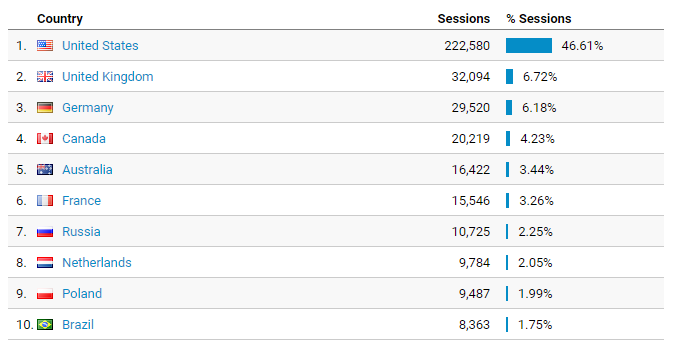 As you can see, by far the largest share of players are from the United States, which is good considering the U.S. is generally the highest paying advertising market. Actually, all of the top five countries here are pretty good markets to be in. The others aren't so hot generally from a financial perspective, but I love players no matter where they are from!

Consider Google Play is banned in China, there are either a lot of iPhone players there, or a lot of old (and possibly modified) versions of My Colony floating around out there.

What version are people playing on?

Are you usually first in line to get the latest update, or do you prefer to wait a while? Take a look at all of the current versions floating around: 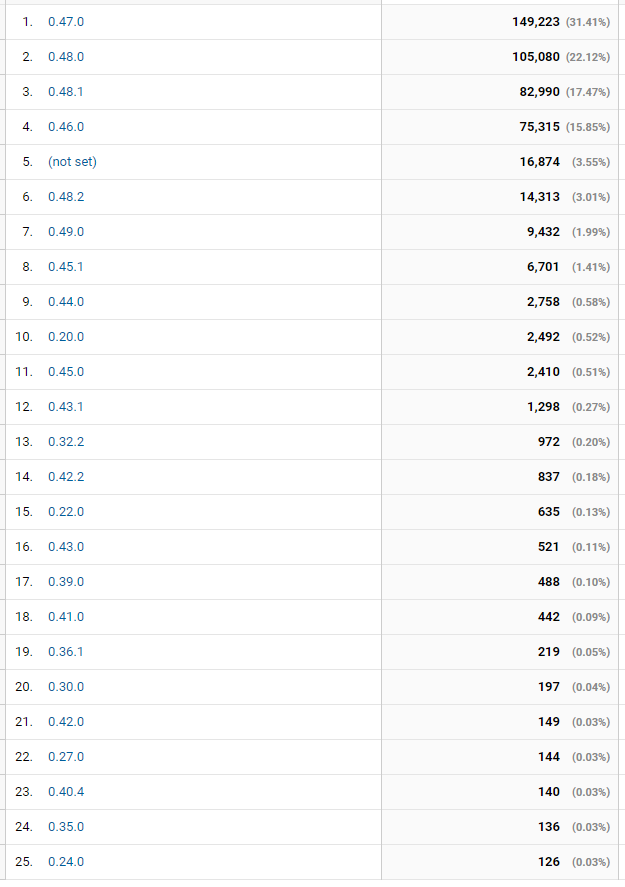 As you can see, there is a pretty wide range of game clients currently running out there. Generally, every version of the game supports auto-updating, so it's a bit surprising to see so many people still running the v0.3x and even v0.2x series of clients.

What devices to people play on?

The My Colony experience can vary depending on what device people are using. The below stats do not include desktop computers, only mobile installs. 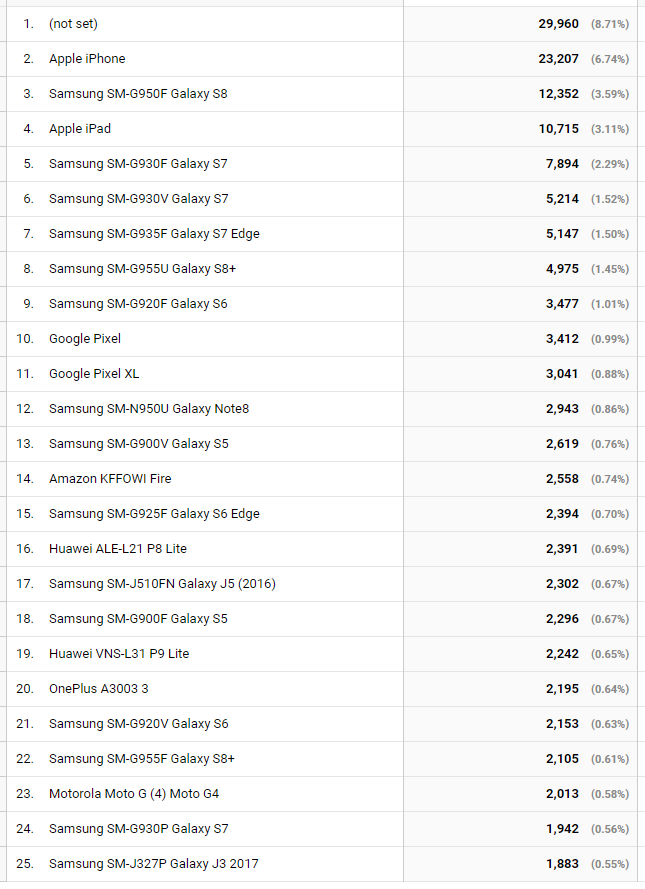 As you can see, quite a few people are actually running on pretty high end hardware.

How long do people play for?

Do you log in and play for just a couple minutes, or do you leave it running for hours? Here are the averages:

Here is something interesting. When you open the slideout menu, which option are you usually selecting? 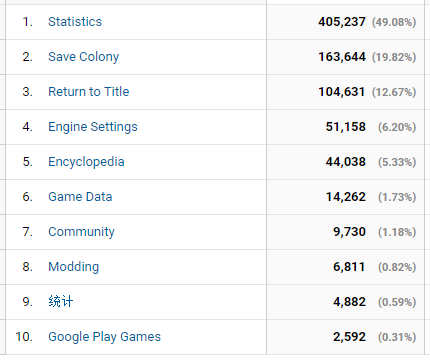 Umm, look at number 9. I certainly haven't localized the game in Chinese...

Random Stuff
That's all for today. Hope you found it interesting! I'll post more at some point, but this time I'm not going to claim that it will be monthly 🙂