RE:My Tokens meet My Colony
That is a nice feature. I didn't realize this was avatars due to the name tokens....

GrindThisGame
3y ago
Paid version license file?
I recently migrated to the app launcher and want to use my license from My Colony but don't seem to have it. Is there a certain directory it's in or a way to export it after you upgrade to pay?

GrindThisGame
3y ago
RE:Ape Apps Launcher v1.1.14
When I first loaded it the entire window was blank. Closing the launcher and reloading it made it show the applications that could be installed. I also got a windows defender warning when installing.

- The game is missing conflict. I don't mean combat but some sort of random events that knock you down so you have a reason to get back up. This could be disabled if people just want easy building mode. Repair and trash are minor versions of this. Natural disasters (global warming, earthquakes, solar storms etc) could keep the player engaged.

- Building the online version is not just 2x harder than offline. It's more like 10x because people are very creative and will break/abuse and get every ounce of gain out of a system. Even Blizzard tried to build an online market for items/gold and in the end it failed due to large human player farms as well as automated bots, which ultimately killed the economy via hyperinflation.

- It seems like Bast is building EVERYTHING. A forum, a marketplace, an account system, a launcher etc. It's pretty amazing but seems to spread him thin. There are existing tools/libs/marketplaces/authentication/forums etc so that you don't have to reinvent the wheel each time. That said, if he wants to learn or control those aspects I respect that.

Big thanks to Bast for making some great games and engaging with the community. I'm a big fan and will continue to be so :)

GrindThisGame
4y ago
RE:My Colony v0.58.0 Released - Page 2
Cool looking update. I like the education idea. Is there a way to see the IQ of a given colonist? I built a bunch of all types of schools but IQ seems to have capped out at 93. I suspect that may be due to only unemployed going to school though.

Is there a built in IQ global or individual max?

Really like the new building placement graphics. Not sure if that was this update but it looks nice.

GrindThisGame
4y ago
RE:Antiquitas now on Windows Store
Is there a place to download the apk file again?

Actually I found it in my email.

GrindThisGame
4y ago
RE:My Colony v0.57.0 Released
I've been trying out the Reptilians and found some issues. I know it's early days for this race so maybe it doesn't matter:

- no real renewable way to make money except selling water on the market (until Synthetic Crystalline)
- when the large gate is open, population floods in and just consumes food/water. (by design?)
- pretty slow going due to cost of bots
- no way to make ore (yet) beyond starting nodes

I like the concept and the graphics but so far it seems to need a few tweaks.

GrindThisGame
4y ago
RE:My Colony v0.54.x Released
Any chance of a "save password" feature for the windows client? It seems like every time I play the game I need to re-enter my credentials. Because I use a password manager, it's a bit of a hurdle to login each time.

I'm pretty sure this is due to large crystalline formations. If my storage for crystalline is full, the game runs slow but playable. Once I use up any crystalline and they go to harvest more, the game locks up.

I would go and delete some crystalline but it would take a very long time one tile at a time.

GrindThisGame
4y ago
RE:GBT Exploits Abuse - Page 3
Preventing flip flopping from online to offline should help fix a bunch of issues. To prevent a lot of cheating with the online version, the source of truth for the data should be on the server. There should also be "watchdog" scripts that look for anomalies on the server data. Eg. data outside 1 or 2 standard deviations or fast rates of change to resources or money. Every MMOG has fairly sophisticated anti-cheat things set up to prevent hyper-inflation and cheating.

Building upkeep is fairly brutal now though. Instead of it being money based could it instead be resource based? That would normalize the repair costs during bouts of inflation / deflation. Right now my repair bill is about $5M every minute or so. I'm not sure if it's possible to continue to pay that bill based on all my buildings income now (even selling things on the market to help raise the money). I will probably just lets the buildings fall and build new ones.

GrindThisGame
4y ago
No light in zolarg ice world.
Version: 0.50 (and before)
Client: Win10

I've been told this is technically not a bug but a "feature". I think I have fairly good eyesight but playing on the ice zolarg world is difficult because I can't see anything clearly. It's too dark. If I turn on the lighting, the game slows to a crawl. It also only lights up small areas.

I end up playing with the bulldozer tool on a lot of the time so I can see things.

Suggestion: Allow daylight to be turned on.

GrindThisGame
4y ago
RE:Cultivated Trees
Ok mine are spreading now! I guess I was in a rush!

GrindThisGame
4y ago
RE:Antiquitas now on Windows Store
It feels like the chrome version runs faster than the win10 version. Is this due to a better javascript engine in Chrome. What does the win10 client use?

GrindThisGame
4y ago
RE:Adding music
Yeah midi files or electronic music from the 80s would be perfect. Something kinda like the into to the show "Halt and Catch Fire".

GrindThisGame
4y ago
RE:Antiquitas now on Windows Store
I paid for the "remove ads" on Chrome. I'll probably start playing mostly on win10. Any chance of having a license that can span devices? 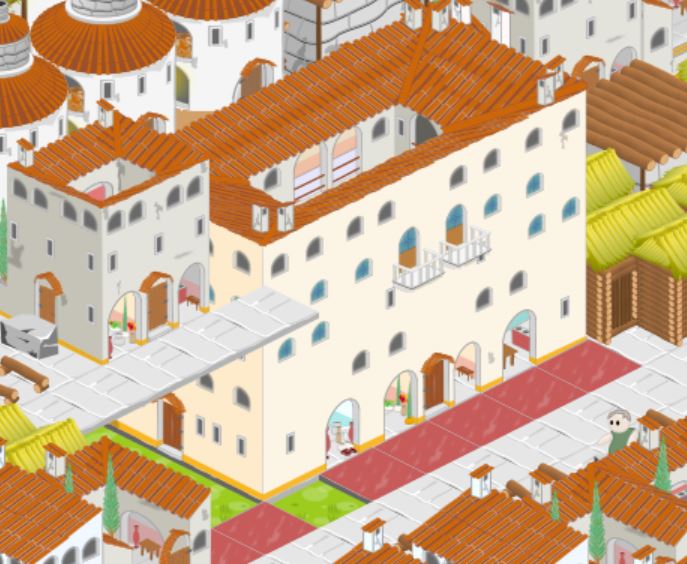 GrindThisGame
4y ago
RE:Antiquitas Now on Google Play
I'm an idiot. Just learned v is the old school way of writing a u.

GrindThisGame
4y ago
RE:Antiquitas Now on Google Play
This says Antiquitas but the logo says Antiqvitas. Which is correct?

GrindThisGame
4y ago
Cultivated Trees
The description suggests that these trees spread. Has anyone actually seen them spread yet?

Member
Member Since
September 7th, 2017
Welcome
Ape Apps, LLC is an independent software development company founded in 2010 by Brandon Stecklein. Over the years, Ape Apps has published over 400 apps and games across various platforms. You can get in touch with Brandon on Twitter or by leaving a post on his wall @bastecklein
Ape Apps
•Ape Market
•Ape Web Apps
•Soundboard City
•BackgroundBag
•Mad About Memes
•Ape Apps Store
•Ape Designs
App of the Day