The Population Mechanic needs to be restructured

Ikacprzak042
Member
Posts: 31
2
0
1y
#1
The problem with the population is that growth out strips housing capacity, creating children who consume resources and give nothing in return. You have to spend resources to sustain the population, which merely leads to increased growth that requires more resources in turn which only serves to slow down the game. I think there needs to be a radical overhaul to impose a stable population.

1) Population control policies such as deportation should be made available immediately after getting a government building like the consulate or colonial assembly, not buildings that require a massive investment of research, civics and resources.
2) There should be options to limit growth such as one child per person or outright sterilization.
3) There should be buildings that let you process the surplus population into food and water, if the citizens insist on eating like pigs and breeding like rabbits, they deserve to be slaughtered like them to. 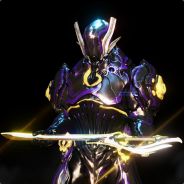 The Population Mechanic needs to be restructured - Latest Replies