As of v0.17.0, Death 3D now supports Virtual Reality mode on mobile (and mobile web) using a VR headset and bluetooth gamepad! This feature is still experimental and may not work on all devices. This thread will explain how the feature works, how to set it up, and what equipment it was tested under.

First, to enable VR Mode, you must open the Engine Settings menu and enable the VR Mode option. You shouldn't have to restart the app, but you may have to if it doesn't work right away. You will know if your game is in VR mode if you see a VR Mode Help option on the title screen.

VR Mode consists of the following components working together:

Stereoscopic 3D Rendering: The game scene is rendered in stereoscopic mode for use in a VR headset (the kind that you put your phone into). You can use a headset such as Google Cardboard, but for testing and development, the following low-cost headset from Amazon was used, and I can confirm that it displays the 3D effect properly on both an Android Motorola G6 phone and on an Apple iPhone 12 Mini phone:


Bluetooth Gamepad: Since your phone will be inside of a VR headset, you will not be able to use the touchscreen controls, obviously. Luckily, Death 3D has full in-game controller support (you may need to use the touch screen to navigate menus though). On Android, pretty much any gamepad will work, but the iPhone only works with specific models, such as the official Xbox and Playstation controllers. The controls are mapped and tested using an Xbox gamepad, so if your controller has a similar layout to an Xbox controller, you should be fine. VR Mode will probably work with a keyboard and mouse as well, although I haven't tested it.

Compass and Gyroscopes: Death 3D will use the internal sensors on your device to track head movement and which way you are facing. When you are playing the game in VR mode, it is suggested that you stand up so that you can turn around a complete 360 degrees. You can also turn yourself using the gamepad, but it's more fun to get the full VR experience by moving your whole body! The motion controls currently only work on Android, but I am working on getting them running on iOS as well.

When you are playing in VR Mode, there will be a white line down the middle of the screen, which should be lined up with the center of your VR headset for best results. 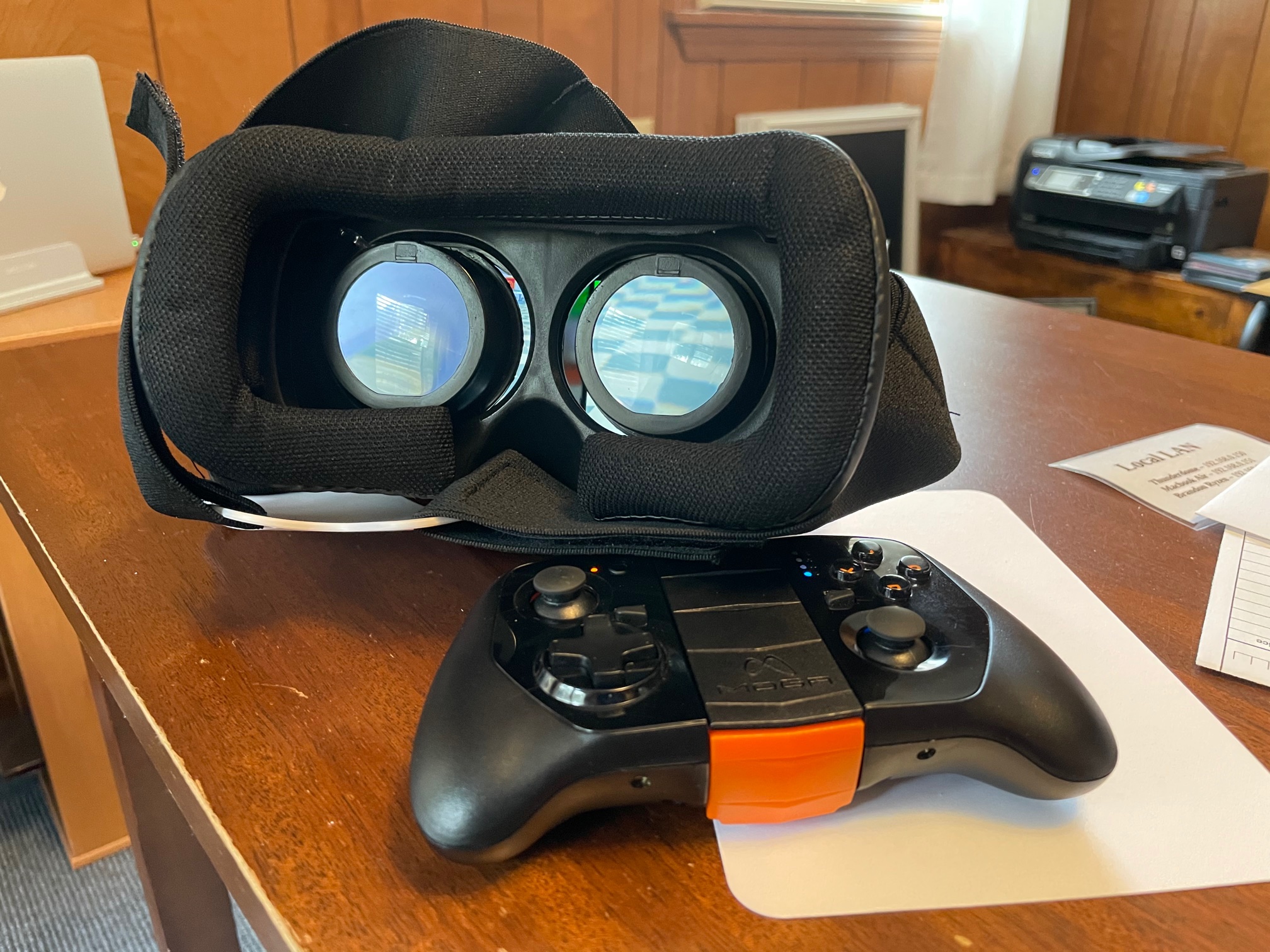 VR mode on Death 3D is quite fun, and if you have the equipment (or don't mind getting it, it's fairly cheap), I think it's pretty neat. I have tried some of the other VR experiences on Android, and I think that Death 3D is already one of the better ones, even in it's early experimental stages. I plan on bringing VR Mode to Dungeon Infinity soon as well, and if people enjoy the effect, I will probably create more VR related content in the future. I sort of wanted to remaster the Deimos trilogy in full 3D at some point, and it would go great with VR as well.

So anyway, give it a try and see what you think, and if you have issues with the effect or feedback/suggestions, let me know here in the forums!
Owner of Ape Apps, LLC