bastecklein
Developer
Posts: 2855
744
0
4y
#1
Does anybody here play My Colony using the Native Client on Linux?

Was wondering a) how many people use it, and b) if you would rather have it packaged as a flatpak or .deb/.rpm archive in the future, or do just keep distributing it as-is. I am also looking at how to make it auto-update with the current distribution method, as the Windows version does.
Owner of Ape Apps, LLC 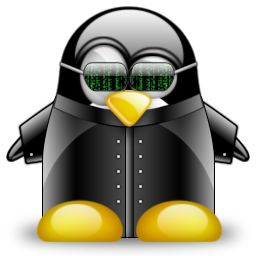 raser
Member
Posts: 8
0
0
4y
#2
Hi, I am using Linux Ubuntu, not the newest version, Im on 14.04 and I run a different desktop environment to the default one (Mate) as I prefer this style of desktop, it made the transition from Windows easier a while back and I just stuck with it.

I have My Colony, My Planet, and Antiquitas so far and all 3 have run smoothly. It is nice to have a straight forward process for once, it is usually a headache getting things to run.

I haven't even had to use the Facebook/Browser version of this game as it has just worked out of the box. I am running 64 bit on this system, but it is capable of both 32 and 64 bit OS's.

Only compatability issues I have had is with my Raspberry Pi (Pi3 model B) Now this runs a variant of Linux called Raspbian (Raspberry Pi + Debian) and I could not get it to run in the same method (downloading the tar-ball file and extracting etc) or by using the .deb package but it did play on the Pi through my browser using the Facebook version, which is good enough for me.

Just for reference the Pi is capable of both 32 and 64 bit and the CPU is a 1.2 GHz 64/32-bit quad-core ARM Cortex-A53. The ram and graphics are limited as the whole thing is the size of a credit card. It played your facebook version without the flash player which was handy as the main browser on Raspbian is Chromium (an open source version of Chrome) and it has been a pain in the butt to get Flash running on that browser....

I first tried the manual method as thats usually the way things go with Linux..
The .deb and .rpm were a bit of a headache, I didn't have any luck with them, the .deb is specifically aimed at Linux Debian systems so is incompatible with others like Ubuntu and I couldn't set up the .rpm version on my system either.

It was so much easier as it is from your main site, where you have the list of different platforms. When downloaded as a .tar.gz file, I can just extract either with a right-click/extract or a [~$ tar xvzf filename.tar.gz] command and just double click the main icon in the directory, and it runs instantly...it didn't even need installation it just runs from wherever the directory is saved....USB or anywhere!

Patchdaddy
Administrator
Posts: 587
7
0
4y
#4
I have a few colonies I play offline on Linux Native Desktop. I'd say keep the distro method as is. It's easily installed and should work fine across all Linux flavors without having to package it for a specific package installer.