bastecklein
Developer
Posts: 2954
871
0
2y
#1
Today after many months for on-and-off development, I have finally released the v0.7.0 patch for Death 3d to Android and the Web.

This update contains loads of changes, including a complete re-write of the multiplayer code, most of the rendering engine, the lighting engine, and remasterings of every map in the game. Let's take a look at what has changed.

As I had mentioned six months ago now in this post, support for heightmaps has been added to the game engine. Prior to this release, maps could only be flat, with a fixed room height of 1 tile. This is no longer the case. 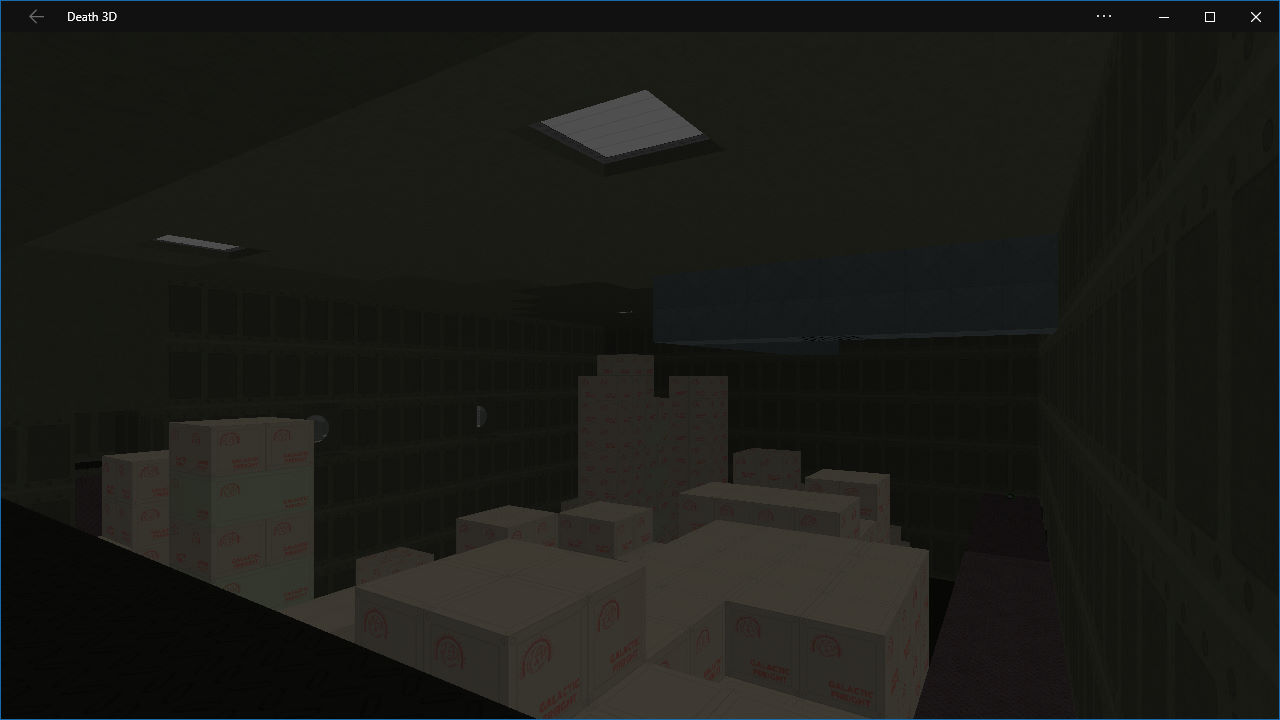 The new change introduces support for variable room heights, different floor elevations (including stairways), objects hanging from the ceilings (like vents or computer panels, etc), and movable floor platforms, like elevators. This gives maps a lot more character and dynamic. 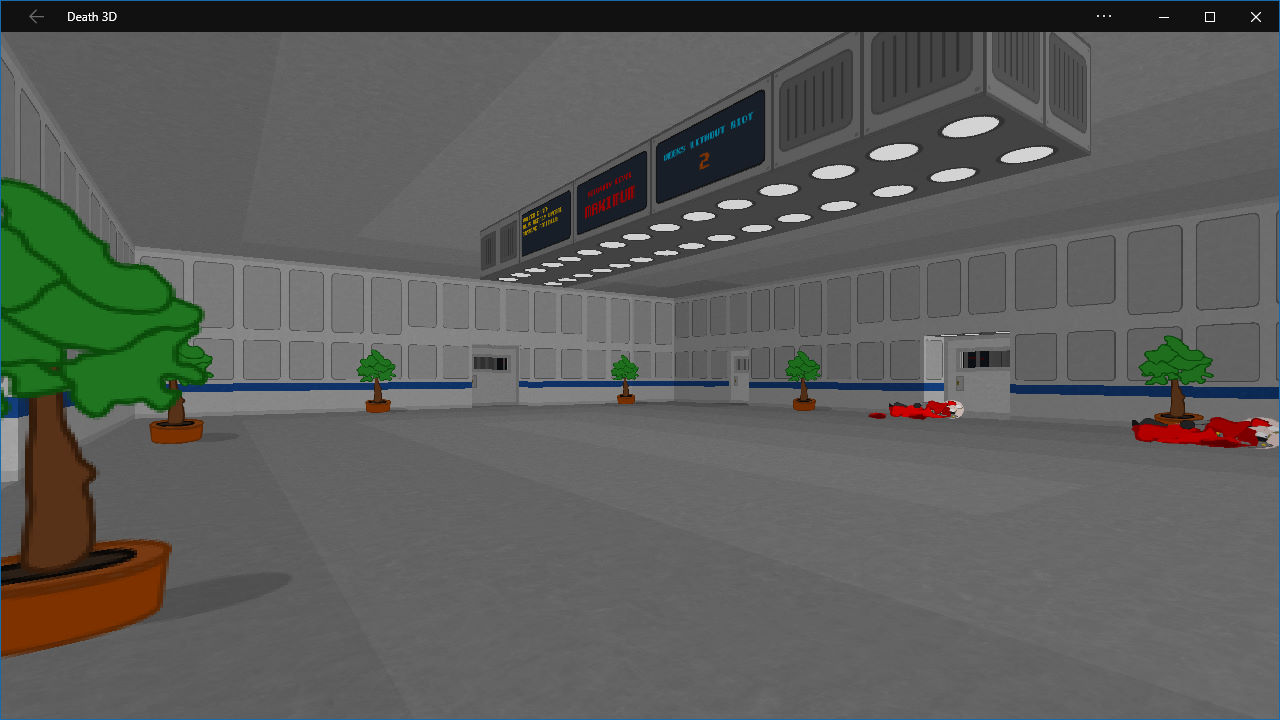 The texture and lighting engine introduced in v0.6.0 actually looked quite nice, but it was a killer on game performance. Lights were object based, and certain light points could be placed at various locations in the map. For this release, I have moved to a more performant sector-based lighting system (similar to games like classic Doom). Admittedly, this does not look as pretty. That said, the performance is way better, and it does sort of fit in better with the overall "cartoonish" atmosphere of the game. Sectors can have different lighting intensities and colors. 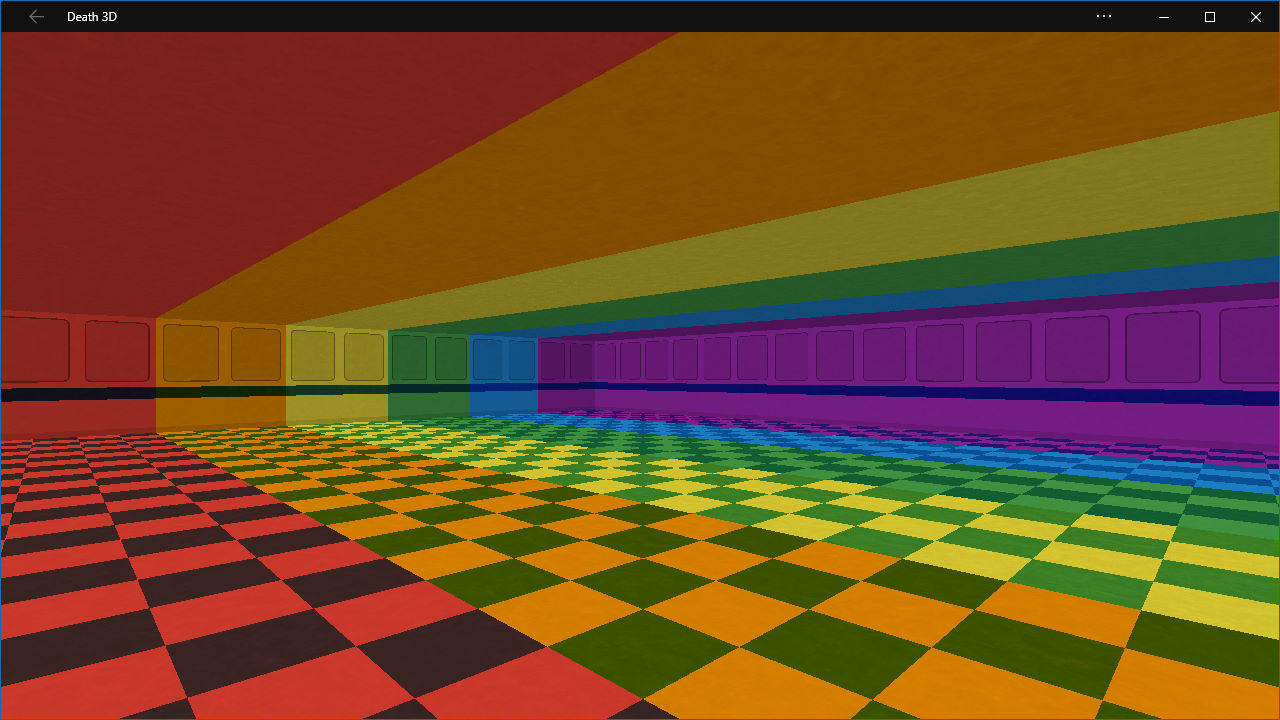 The multiplayer engine has been completely revamped and improved. The game now supports native online multiplayer in-browser without the need for the Ape Web Apps Desktop Bridge software. Multiplayer now works cross-platform between Web, Android, and Ape Apps Launcher, and many of the existing multiplayer bugs have been eliminated. It should now be easier than even to setup or join an online multiplayer deathmatch.

Just for good measure, here is a little bit of multiplayer footage from the latest patch, played on the Don't Fall map, which has also been remastered with new lighting and heightmaps, as well as other improvements allowed by the latest engine updates.

The Rocket launcher has gotten a big upgrade. Before now, only a direct-hit from a rocket would drop an enemy. Now, the rocket launcher carries blast radius damage, just as it should. You basically only need to hit a rocket near somebody in order to take them down.

In addition to the rocket launcher, the brand new shotgun now joins the weapons lineup. 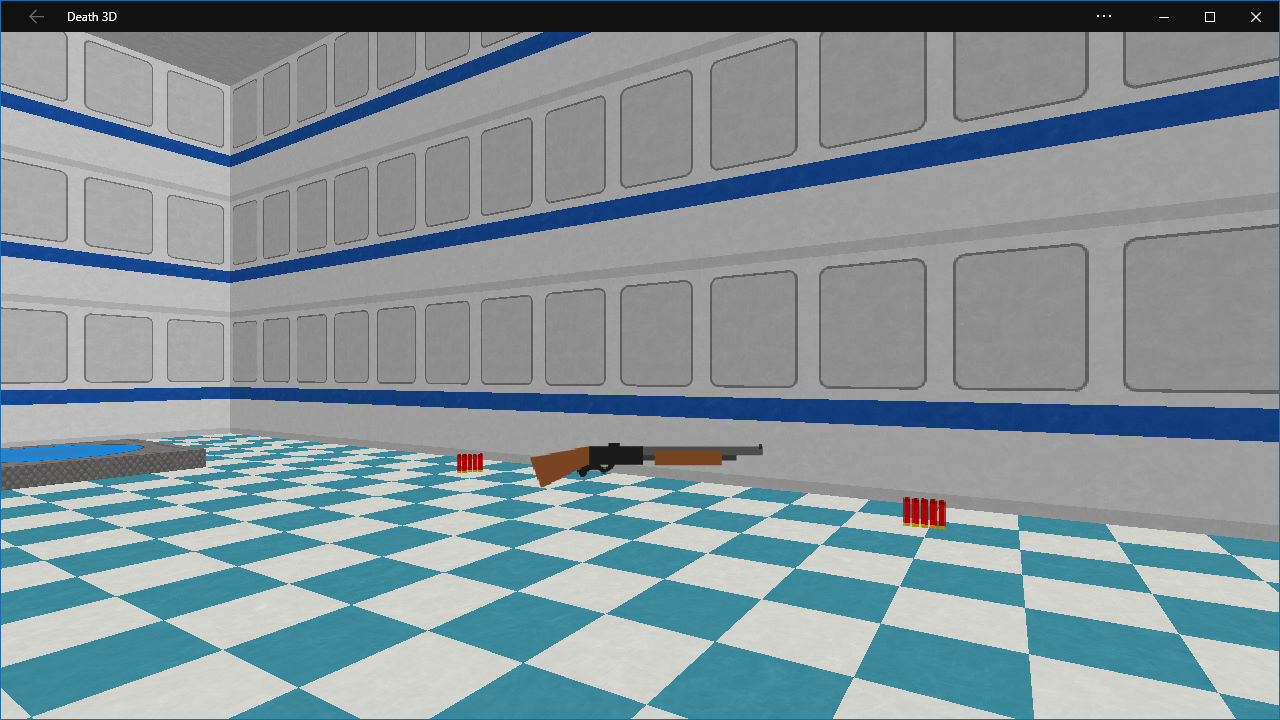 The shotgun packs a major punch at close range, and can take out most enemies in one shot if you are at or near point-blank.

The last update completed the Episode 1 campaign, and this update begins the new Episode 2 campaign - The Pegasus, with three new campaign maps. Following your escape from the Lunar 3 prison in Episode 1, you find yourself stowed away on the Pegasus, a heavy cargo hauler operated by Galactic Freight. Galactic Freight is known for their brutality and lawlessness, and is able to get away with it due to their personal connections to the United Earth General Assembly. Like Episode 1, Episode 2 will also be an 8 part campaign.

What is on the drawing board for the coming updates? Firstly, I want to add "Capture the Flag" mode to multiplayer. I also want to allow multiplayer co-op for both packaged campaign maps, as well as user-created single player maps. I'd like to add full TV and gamepad support, as well as non-combatant NPC characters that you can either talk to or have join your party (sort of like the security guards in Half Life). I also need to finish Episode 2, and I do have an Episode 3 planned as well.

Although a full game in it's own right, Death 3d also serves as a test-bed for the development of my own 3d game engine that I can use in other projects as well, sort of like how the rendering engine for My Land eventually branched out to power games like My Colony, My Starship, Gone Rogue, and even the built-in level editor for Death 3d. Death 3d has actually spawned two new rendering engines for me, a pure raycaster Software engine that was used up until v0.3, and a WebGL based hardware rendering engine. The two are mostly interchangeable up until this update, with the added heightmap support which is only available on the WebGL hardware engine. The software raycaster does work better on older devices though, and may ultimately be utilized in some future projects that do not require different room and floor heights.

But anyway, that is all for this update to Death 3d. Stay tuned for more!
Owner of Ape Apps, LLC