bastecklein
Developer
Posts: 2710
634
0
1mo
#11
Also @GeneralWadaling - did you have ideas regarding the different factions posted somewhere? I see you have TS, PT, NGE, AK, but I do not remember what they stand for, and I apologize if you have already posted and told me before. I am going to have a little bit of back story/lore in this game, so was looking for some information on the various factions you have proposed.

Terra Nova is also going to be similar to Civ in that you will be choosing your faction before the game starts, and each is going to have a specific color and leader (instead of using random tokens), along with a back story.

I currently have United Earth, LIS, Corporate Industries, and Galactic Freight as factions. You then implied several above with your HQ models, so I was wondering if you had info on those.

Altogether, I want 16 factions in the game(!) to accommodate the 16 player map size, without having the same faction in the game twice. Each faction will have at least 1 unique unit or structure, plus some extra modifiers.

For story, I am really going somewhat off of your Fan Lore post, before the Human Civil War era, maybe similar in time to the Deimos events. Humanity finds this nice fertile planet Terra Nova, and everyone is making a mad rush to colonize. I think a lot of the factions will be corporations, really LIS isn't even totally a thing yet. But I am sort of relating it to today, where we now have all of the private entities racing to get into space. Here will be something similar.
Owner of Ape Apps

bastecklein said:Also @GeneralWadaling - did you have ideas regarding the different factions posted somewhere? I see you have TS, PT, NGE, AK, but I do not remember what they stand for.

Twilight Syndicate is an organization that secretly running many illegal operations, you can say that is an criminal group. The main feature is oriental architecture.

Pharan Tribes was designed to be an alien civilization that witnessed the vanishing of the Ancients, but their civilization had been declining for many years in millenniums of internal conflicts. Not quite related, but their HQ design could be something for Brotherhood of Polaris.

Neo Galactic Empire is basically related to the Galactic Emperor in MC1 (That one in AD gift message). But it is far from official establishment, if the time setting is before the Human Civil War/LIS War. So this faction is not involved lol.

Atlanian Kingdoms is an aquatic alien civilization that keeps itself far away from conflicts under their neutrality and pacifist policy. You can say, Switzerland but that is alien version. I'm sure they won't interfere the business between humans, so you can neglect this faction. The architecture is Roman-Greek styled.

GeneralWadaling
Premium Member
Posts: 607
181
0
1mo
#13
And probably rough ideas for other factions
(If the settings is after the Old Earth era)

Red Satellite Drive Yards is the legacy of the Red Satellite Treaty Union (RSTU) of the late Old Earth era. Currently as one of the major spacecraft manufacturing corporation of United Earth, producing countless affordable yet durable spacecrafts for various purposes. Yet with the growing monopoly of Corporate Industries, they urgently need resources to survive and prevent the worst - Terra Nova provides them an opportunity.

Brotherhood of Polaris is a rugged religious organization that witnessed events since the end of the Old Earth era. Due to its origins from third-world countries, currently they are dedicated to provide material and spiritual support to developing colonies with various difficulties. The Brotherhood hoped to create an successful example in Terra Nova where monopoly race has been fierce.

FutureTech Inc. is a research institution that seeks for scientific breakthroughs through studying different phenomenons in space and various planets owning many new research outposts on the frontiers. Recently they have discovered that Terra Nova would be the best location for conducting astronomical researches that would fulfill their mission that was incomplete since the Old Earth era.

In other news, I have reworked the UI that shows the city name above the cities on the map. It now looks like this: 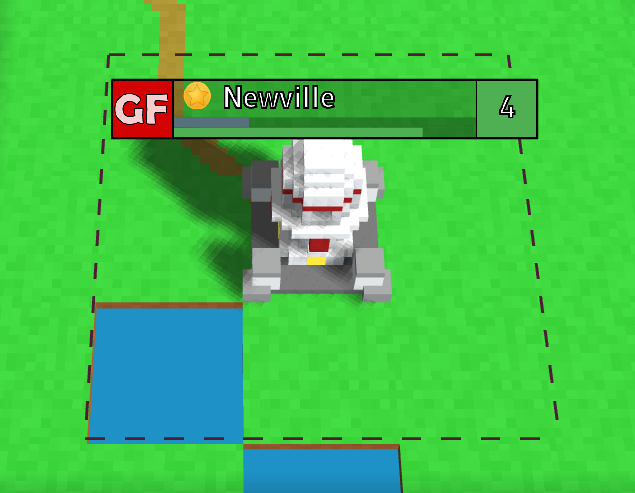 On the left side, you will have the logo of the faction you selected, with the background color being your empire color. On the right box, you have your city population number. The background color will be green if your city is growing, yellow of it's staying neutral, and red if it is shrinking. On the top is obviously the city name, and if the city is your capital, it will have the star icon next to it. And finally at the bottom will be your status bars. The Green bar is your population growth bar, and your city will grow when it fills. The gray bar is your production bar, and will only show up if your city is building something. There is also a red health bar, and it will only show if your city health is less than 100%.
Owner of Ape Apps

Feel free to give them new colors whenever needed, and here's the relevant HQ models packed into a .zip.

A question tho, would every faction have their own version of "outposts" (non-capital-city cities)?
You can help by EXPANDING IT.

All voxel models can be found in this .zip.

@bastecklein
You can help by EXPANDING IT.

Edelweiss Defense Collective by @itsLiseczeq, the idea is an highly defensive faction that plays the style of "glorious isolation"
Edelweiss Defense Collective is formed by a group of small colonies who wished to protect themselves from any forms of external interference, with the ultimate aim to create an isolated utopia among the stars. To protect the interest of the Collective colonies in Terra Nova, although unwillingly, the Collective eventually decided to get involved into the rivalry to colonize the planet.
Fortified Headquarters - Capital city of the Collective starts with city walls.
Fortress - Replaces Military Base. Provides more city HP than Military Base and has extra benefit of +2 🏛 yield. More expensive than a military base.
White Beret - Replaces Infantry. Has superior defense strength.
Preferred victory types: Ideological victory 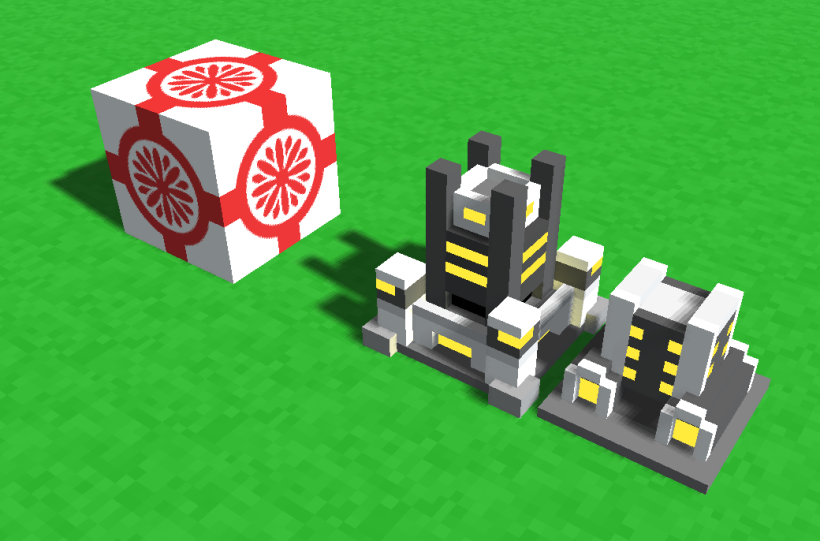 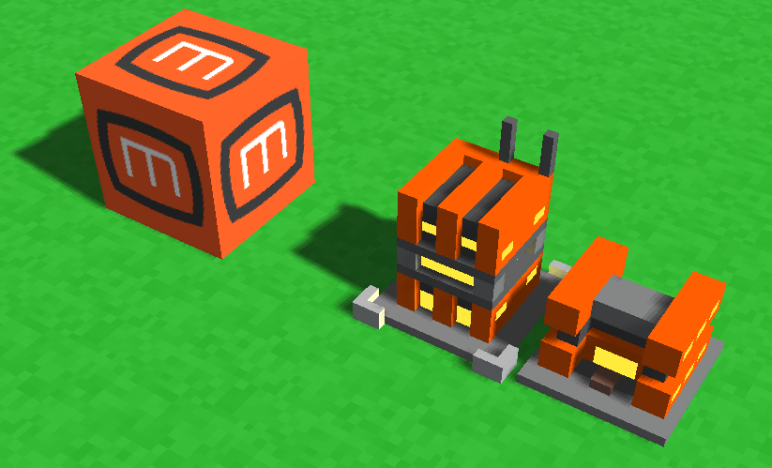 Osaka Robotics which they are less reliant on population for achieving high productivity thanks to their vast deployment of robotics and advanced electronics. An ambitious project has been proposed by Osaka Robotics - to demonstrate further possibilities of automation in the new era by establishing successful colonies on Terra Nova.
Automation Support - Every colonies of Osaka Robotics has +20% 🔨 boost, rounded up.
Robotics Research Facility - Replaces University. +4 🧪 and +2 🔨. Costs slightly higher than a University.
Automatic Farm - Replaces Hydroponic Farm. +50% 🍎 boost and +2 🍎. Costs slightly higher than a Hydroponic Farm.
Preferred victory types: Scientific victory. 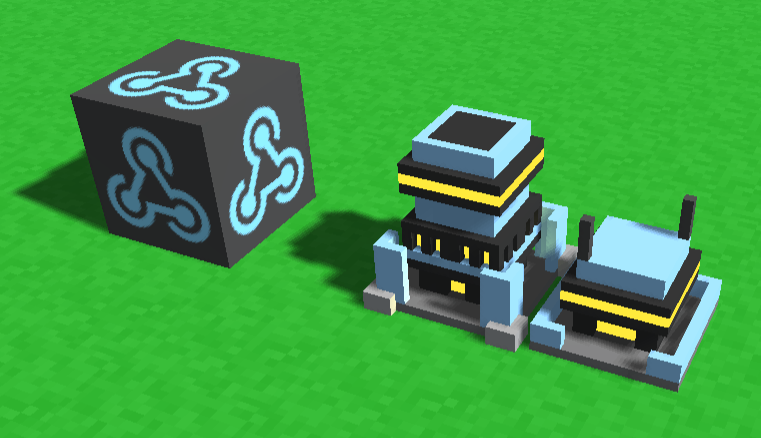 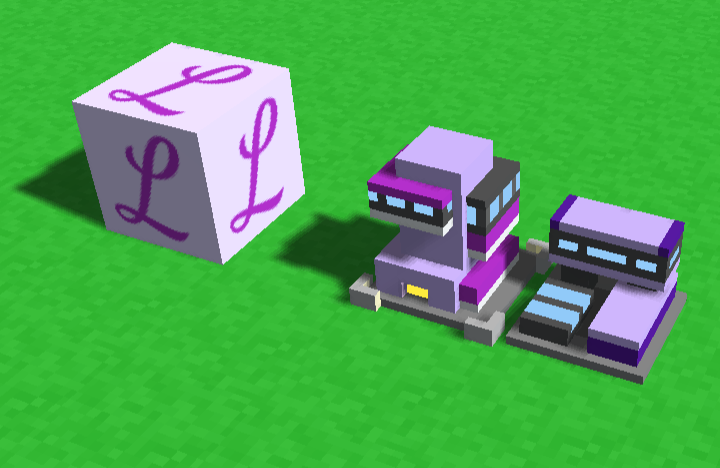