My Colony 2 v0.15.0 is available now, and should be hitting all platforms in the coming days. This release will also be pushed to iOS, so iPhone and iPad users can finally get their hands on MC2! So what's new? Well aside, from usual tweaks and fixes, v0.15.0 is the Water World Expansion update! What does that mean? Let's take a look! 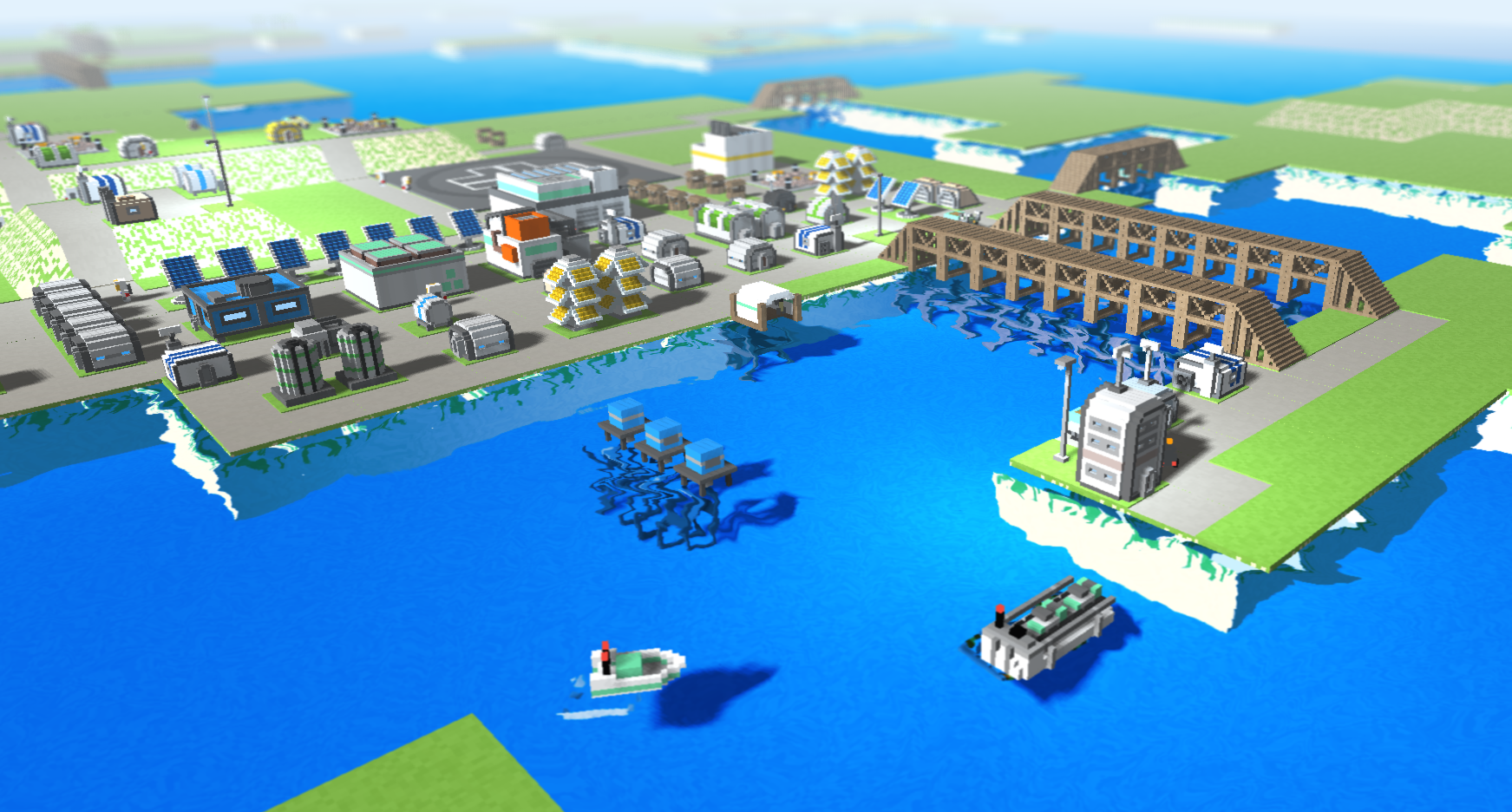 The My Colony 2 engine now has support for water based structures and units, and with the aid of a couple of models from @spamdude , we now have our first two water units, the Sea Rover and the Expansion Barge!

The Sea Rover is a little utility bot for building water based structures, and the Expansion Barge is the water based version of the mobile outpost. Take it out to sea, and when you find a suitable island, you can deploy it near the shore into the Supply Transfer Station, which can connect to existing Supply Transfer Stations and Logistics Stations to form resource supply networks.

In addition, the Water World now has a more efficient method of producing drinking water outside of the basic wooden Water Well. The stack begins with the offshore Salt Water Pump, which (as in MC1) pumps the new Salt Water resource, which must be stored in the on-shore Salt Water Tank. From there, it is converted into large amounts of drinking Water utility using the Water Distiller (and thanks to @GeneralWadaling , as I used several of his models for this supply chain).

Anyway, these changes represent a much needed update to the Water World map, and it should now be possible to progress through the Water World as you can on other worlds.

Moving on, several changes have been made to existing mechanics. To start with, there was a core networking change made in this release, which means clients <= v0.14.0 will not be able to connect to clients >= v0.15.0.

Performance testing showed that the rendering of settlement border lines was having an unreasonably large impact on the game. I have changed the default behavior to no longer check the individual elevation of every border tile, which in some cases places the border lines on the wrong elevation, but renders a lot faster. You can also change it back to the way it was before, or for even more performance, disable settlement border rendering altogether. Find the new options in Engine Settings. 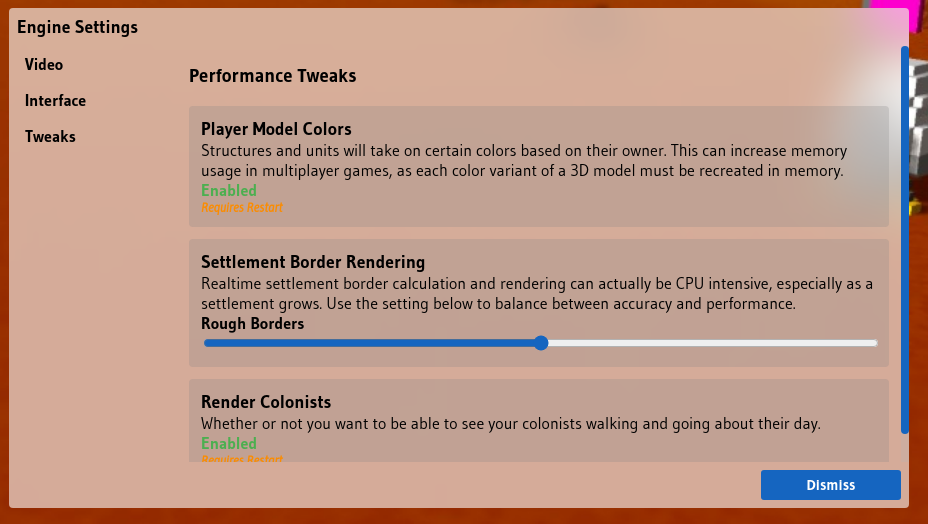 Some existing structures have been altered. The effective range of the Logistics Station has been greatly increased to 800 tiles, and the Raw Materials Depot now has Charcoal storage. I have also increased the number of Spare Parts that the Lander can hold to 4.

In the next update, I am going to be changing the way the game packages it's data files, because the My Colony 2 load times are starting to get a little long. This is because MC2 now has over 150 individual data files representing units/structures/etc that it has to load one by one on startup and upon returning to the title screen. Starting in v0.16.0, the game is no longer going to load individual data files, but instead load one single bundle file, which in my testing basically cuts the loading time by about 2/3.

So that's about all for today's update! I hope you guys enjoy the Water World changes, and stay tuned for more My Colony 2 goodness in the weeks to come!