bastecklein
Developer
Posts: 2967
888
0
1y
#1
Ok, so I know I just updated My Tokens a few days ago, but since I was already in "My Tokens Mode," I decided to keep at it and introduce an entire new class of Token character, the Minecraft-inspired Blockhead Token! 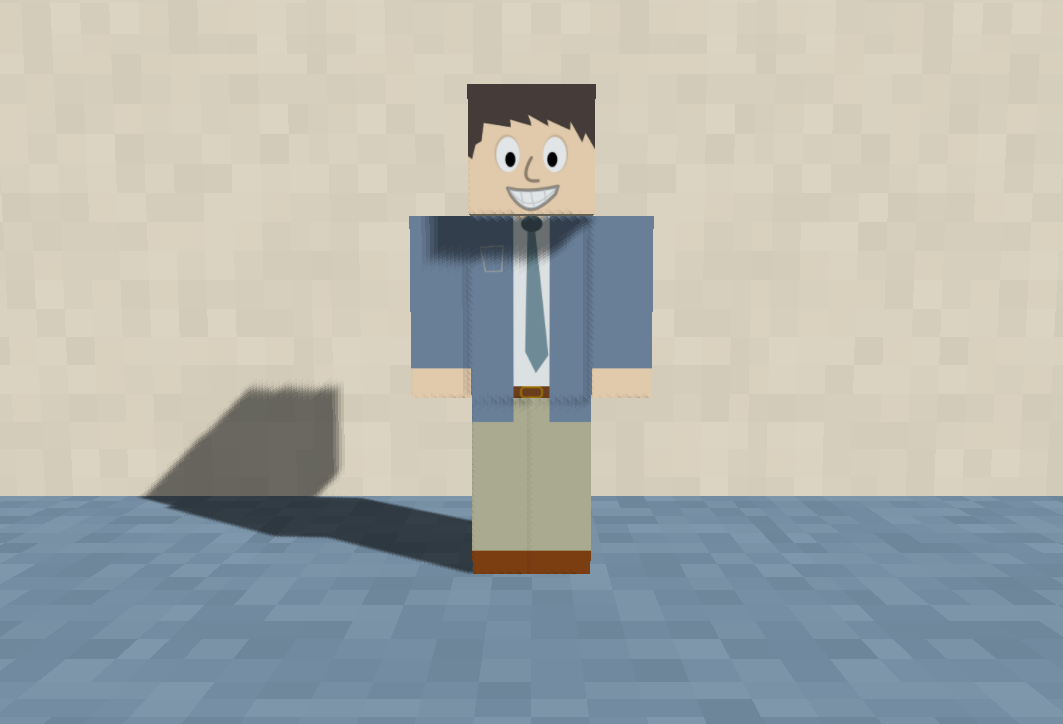 Available now in My Tokens v2.2.0 (which should be hitting all platforms soon), the new Blockhead Token is the second 3D modeled token class, and the first 3D modeled token to be textured. The texturing in the Blockhead Tokens is superior to that of the original two 2D token classes, as the textures are all stored as small .svg files that are downloaded from the server to the client's device and then compiled at runtime at any resolution, meaning the textures can be extremely sharp when compared to the existing My Token classes.

There are individual .svg files for each component, which the client device will layer on top of each other before creating the final scaled texture, when is then mapped onto the Token model. The token texture uses the following layout:

I am thinking of also making a way to export the final compiled layout of a Blockhead Token, or even letting people upload their own custom skins into My Tokens, although it wouldn't work with the existing Token classes. And since the Blockhead Tokens are ratio-equivalent to a Minecraft character, I was thinking I could even add an option to compile your created Token as a Minecraft skin that you could export and use in Minecraft. Of course, Minecraft skin textures are a lot lower resolution than a My Token character, so things might not look very good when scaled down like that, so we will see. 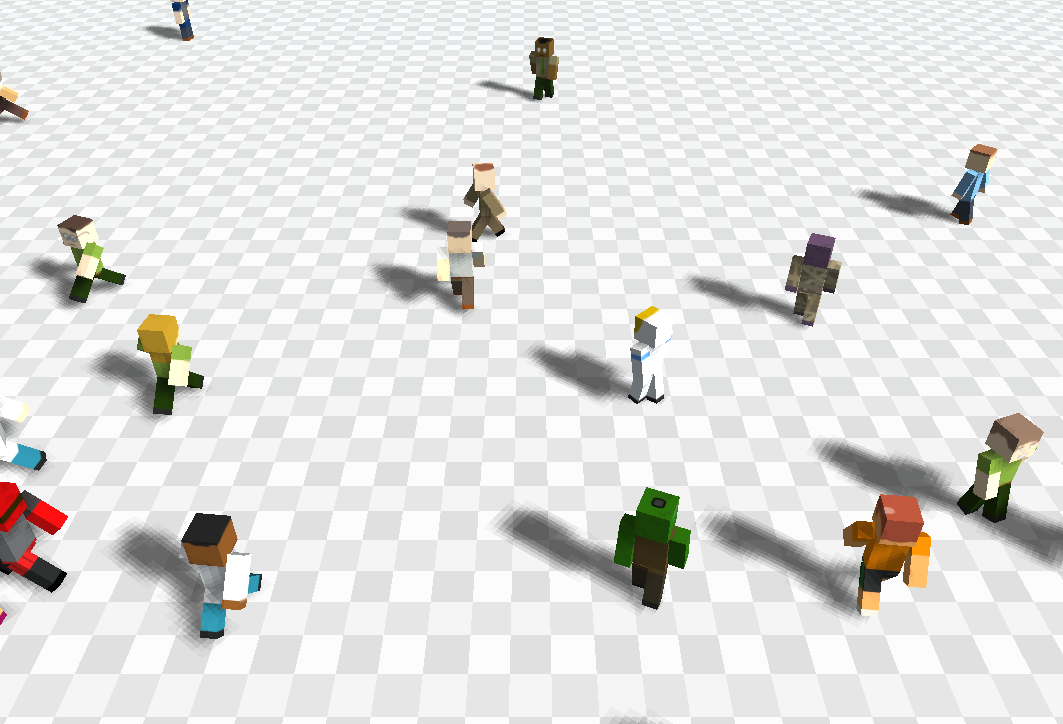 The two new 3D style of Tokens are significantly easier to maintain and create new parts for than the two original 2D versions. Of course, the Mini Voxel token is by far the easiest to create new content for, as it's just a few blocks in Voxel Paint at extremely low resolution, but the new Blockhead model is pretty easy as well. Just to show the complexity of the different types, let's look at the spacesuit overshirt model for the different Token types. Here it is for the mini-Voxel token:


Pretty basic. Here is the same Token part for the new Blockhead token:

A little more complicated, but still not bad. Now here is the sheet for the two original Token types (they are both combined into the same file):

You probably can't even see anything without downloading the file and zooming way in, but I have to draw different animation frames for each direction a Token can be facing. It takes forever.

Sadly when adding new Token parts, I still have to maintain the two original Token types. Going forward though, new games are going to be using the new 3D token models instead of the old 2D models. The first game to use a 3D token will be Token Kart, which I have been working on off-and-on over the months and will be using the Mini Voxel Tokens. I might also allow Voxel tokens to appear as colonists in some My Colony 2 maps, such as the Water World, which theoretically has an atmosphere they can breathe. As for the new Blockhead tokens, I want to create the next generation of the Death 3D engine with better performance and more capabilities, and the ability to use Blockhead tokens as characters. I am going to use the engine to create a 3D adaptation of the Deimos trilogy. I am also going to make a Gone Rogue 2, which will either use the Voxel or Blockhead tokens as characters, I haven't decided which yet.

Anyway, the new My Tokens update should be available soon on all platforms (available now on the Web or the Launcher), so check it out and let me know what you think!