bastecklein
Developer
Posts: 2967
888
0
1mo
#1
The Ape Apps Launcher v3.0.0, which represents a total rewrite from scratch of the Launcher, is now available for beta testing (in PWA form) at it's new URL:

The new launcher has all of the features of the original, with the addition of light/dark theme (as well as accent color customization), support for newer Ape Apps that are not hosted at apewebapps.com, support for adding third party web apps to the launcher, support for a new gamepad/tv mode interface, and more. 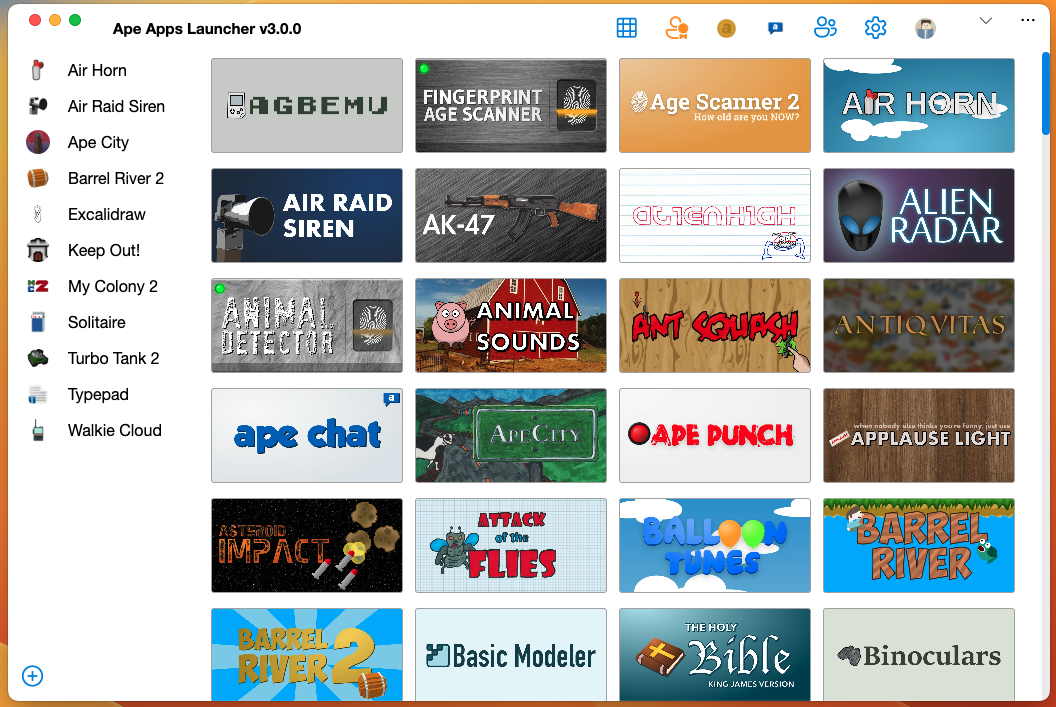 To get the most out of the launcher, you are going to want to install it to your system as a PWA using one of the Chromium based browsers, such as Chrome or Edge. Native desktop releases will also be coming sometime in January.

The Launcher was rewritten from scratch, so let me know of any issues you find. As of right now, My Colony 2 is unable to play from the Launcher, but this will be fixed on it's next update (which is coming soon).

Until then, check it out, update your bookmarks if you are using the current version of the PWA, and let me know what issues you find!

Try Boom Feed, the free RSS reader from Ape Apps! Boom Feed is a free RSS, Podcast, news reader and aggregation app, available on most platforms including Desktop, Android, and iOS. Try it today!
Ape Apps Launcher
All of Ape Apps on your Windows, Mac, or Linux desktop!
•Download on Ape Market
Welcome
Ape Apps, LLC is an independent software development company founded in 2010 by Brandon Stecklein. Over the years, Ape Apps has published over 400 apps and games across various platforms. You can get in touch with Brandon on Twitter or by leaving a post on his wall @bastecklein
Ape Apps
•Ape Market
•Ape Web Apps
•Soundboard City
•BackgroundBag
•Mad About Memes
•Ape Apps Store
•Ape Designs
•Official Discord Server
App of the Day