I hope you are all having a great today! Today I am releasing My Colony 2 v0.12.0, which includes quite a bit of new content. I have also submitted this build to both the Google Play store and the Amazon App Store so that I can start getting better feedback on mobile performance and UI! MC2 is really starting to shape up into a real game now, so let's take a look at what is new in this release!

First, you may notice that My Colony 2 now has a proper title background image instead of a blank grey screen, which of course looks a lot nicer. Modders can obviously customize this to be whatever they want.

I started adding in the interface for the in-game encyclopedia, which you can see from the main slide-out menu. The only section so far is the in-game credits, which are automatically generated based on username data attached to game data and .vpp files. Check it out if you want to see who has all helped on the game so far! The neat thing is that the credits will be different when you activate a mod, so that you can see information on the mod creator as well.

Since the game is starting to get more resources, I made a change to the resource readout bar. It will appear static as normal until your resource list takes up more space than can fit on one line, then it will begin scrolling like it does in My Colony 1.

Speaking of resources, I added two new ones to this release, Rum and Sugar! I always thought that Rum in MC1 should have been made out of sugar instead of food, so that is how it works now in My Colony 2. Sugar is obtained through the new Sugar Extraction Lab which extracts trace sugars from your excess food. Rum is naturally made as the new Distillery. Unlock these structures with the new Microgravity Brewing tech.

As you may have noticed in the background of the above picture, the Solar Tower from MC1 has returned. You can unlock it using the new High Density Solar Panels tech.

Some good new structures pulled from @GeneralWadaling 's voxel batch have been added, including the Regolith Processing Plant, and Greenhouse Park, and the Trading Depot.

The Regolith Processing Plant is a superior version of the Regolith Compactor on Lunar maps. The Greenhouse Park is sort of like the Green Dome from MC1, except it will produce some food as well. The Trading Depot currently only generates a bit of cash, but is eventually going to be used to facilitate trade between players on the same world. So stay tuned for that.

You can now start generating Civics using the new Civic Center! The Civic Center is unlocked with the Colonial Civics tech. Civics in MC2 are slightly different from MC1, in that they are stored at the settlement level and are not shared between settlements, even if you have a logistics center. Civics are going to determine the "city level" of a settlement, and be a factor in deciding what sort of government options a city has available. 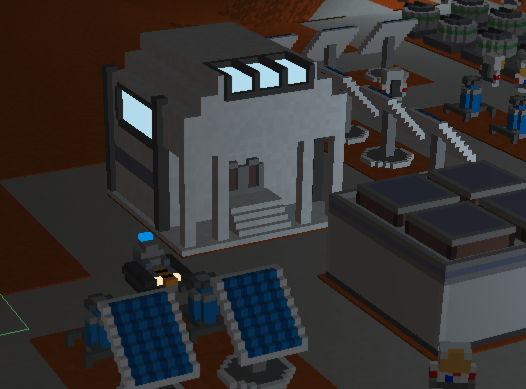 I have made a lot of fixes to pavement rendering in this release. In addition, Pavement is now slightly depressed into the ground once built. It is fairly subtle, but you can notice it when the lighting is right. 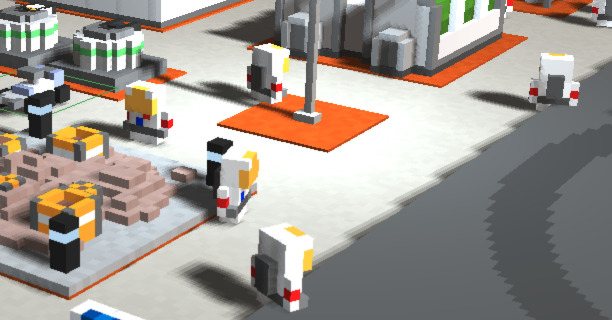 In addition, the engine can now automatically generate brick road patterns for pavement, which I demonstrate in this release with the addition of the Solar Road. I also want to add checkered pavement generation, which will probably be coming in the next update or so.

There are more little changes here and there, and you will see them as you play. For now though, I want to thank everyone for playing, leaving feedback, and helping with content! The next few updates are all going to be big on content, so stay tuned for more!

Also I would love to see the settlement borders, maybe with a toggle.
Creator of Coloniae
Admin of the MC2 translation project