bastecklein
Developer
Posts: 2891
769
0
7mo
#1
I was recently informed by the German video games rating agency that Death 3D would be removed from sale in Germany unless I removed all Nazy symbolism from the game. Death 3D contained a reproduction of the original Wolfenstein 3D wall textures, so that Wolf3D style maps could be made in the game, however I was unaware that some of these textures had been outlawed in Germany and perhaps in other countries as well, as they contained drawings of Hitler and Swastikas.

Therefore, Death 3D v1.2.0 has just been released with a modification of all Wolfenstein 3D inspired textures, altering or removing all Hitler and Nazi related symbols. 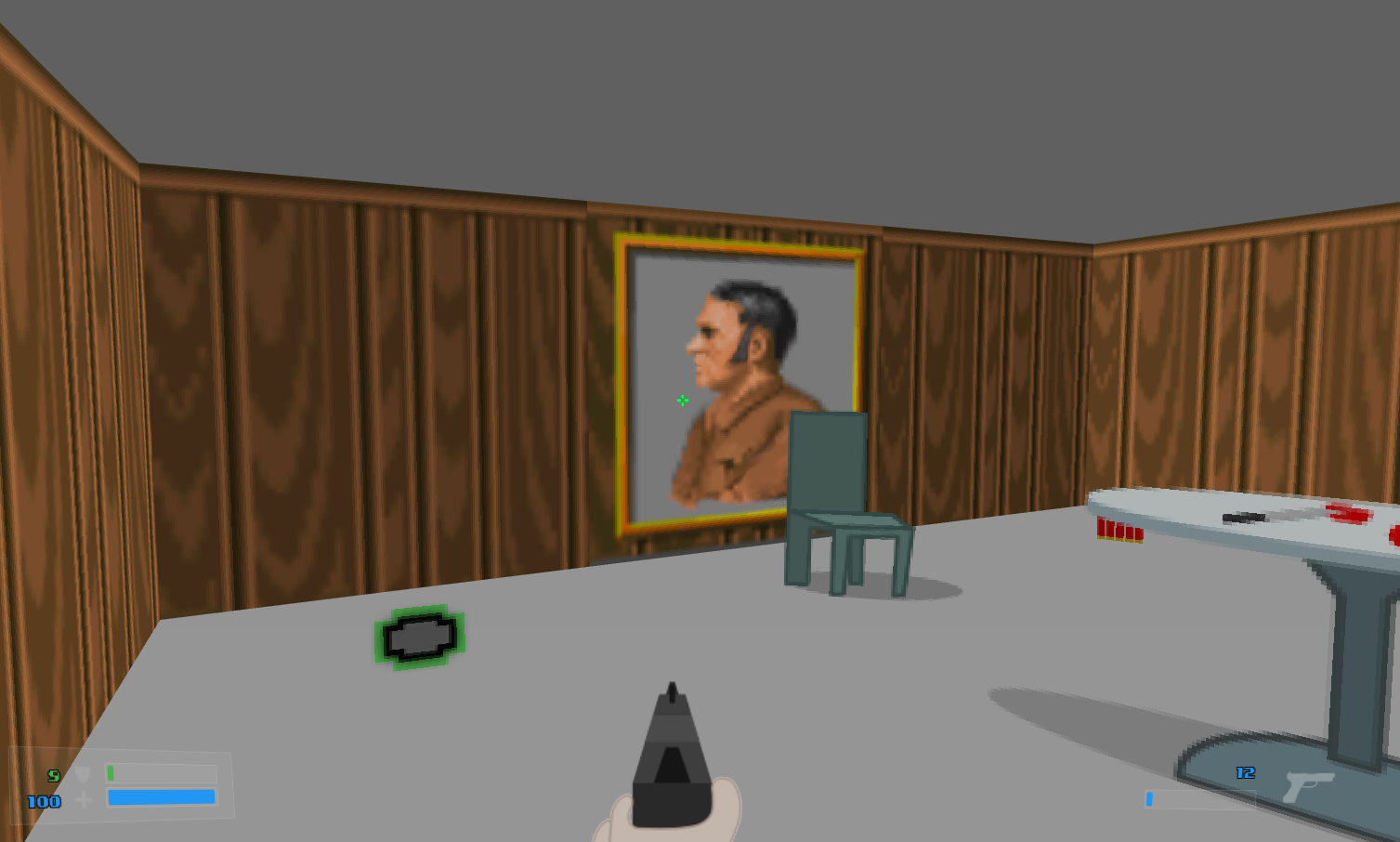 Just so we are all on the same page, that is not Hitler with a clean shave and new sideburns in the picture above, it is Alfonso Heinz, an evil ketchup baron with dreams of world domination.

Check out the new textures and other bug fixes, available now in Death 3D v1.2.0!