I had planned on working on Colony Wars all weekend, but I just found out that I am going to be otherwise occupied until Monday, so I am putting out what I have gotten so far on the next update, with more to come next week. These notes will be short because I'm short on time, but let's take a look! 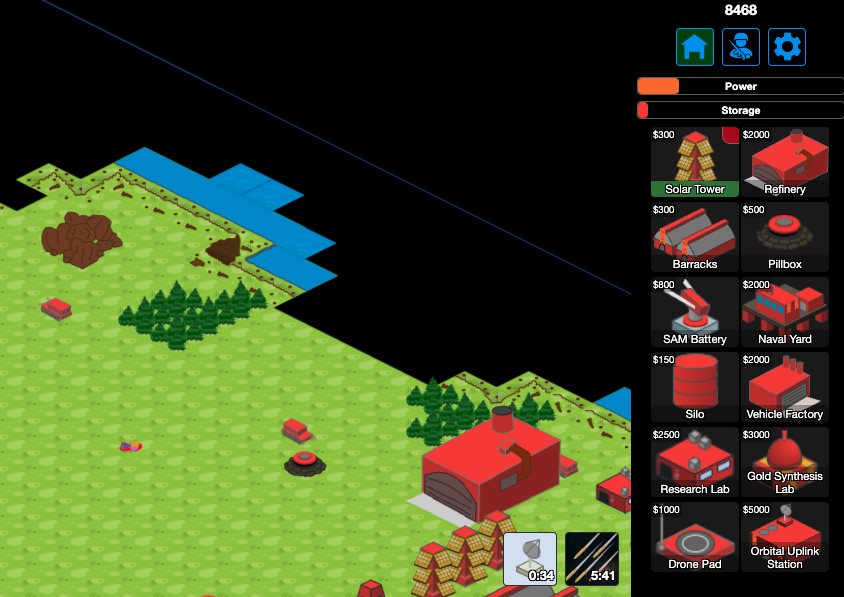 The focus on this update was to get Super Weapons working in the game! I got the basics down, but there are no sound effects/animations/etc yet, and they still need tweaked, but you can test them out this weekend and let me know. When you deploy the Lander, you unlock the Radar Sweep super weapon, which lets you reveal a spot on the map.

There is a new Orbital Uplink Station, and building it gives you the new Orbital Bombardment super weapon. I am still working on this one, in my tests it ranged from doing almost no damage to destroying an entire base in one hit, so obviously I have more work to do.

I think there is also a bug right now where Bombers are bombing themselves.... Let me know if you can reproduce this.

That is it for now. Sadly I have to run or else I would have put more time into this update, but I will be back working next week to continue the Super Weapon rollout. So try it and let me know what you think!

Architecture1134
Member
Posts: 150
9
0
2mo
#2
I like it! Can you also add hyper weapons to the game bast? We haven't met in an long time.
Best Regards, Architecture, King of Earth

who the hell are you lol 👀
You can help by EXPANDING IT.