Posts and pages on Ape Apps tagged with #colonywars
My Colony 2 v0.17.0 Released
Today I am putting the finishing touches on My Colony 2 v0.17.0, which should be hitting all platforms over the coming days. In some ways, v0.17.0 on the outside is a minor update, but in other ways it begins to completely change everything for the My Colony series, as several new concepts are coming online. So let's take a look at what has changed and what is new with My Colony 2 v0.17.0 - The Phara Update! 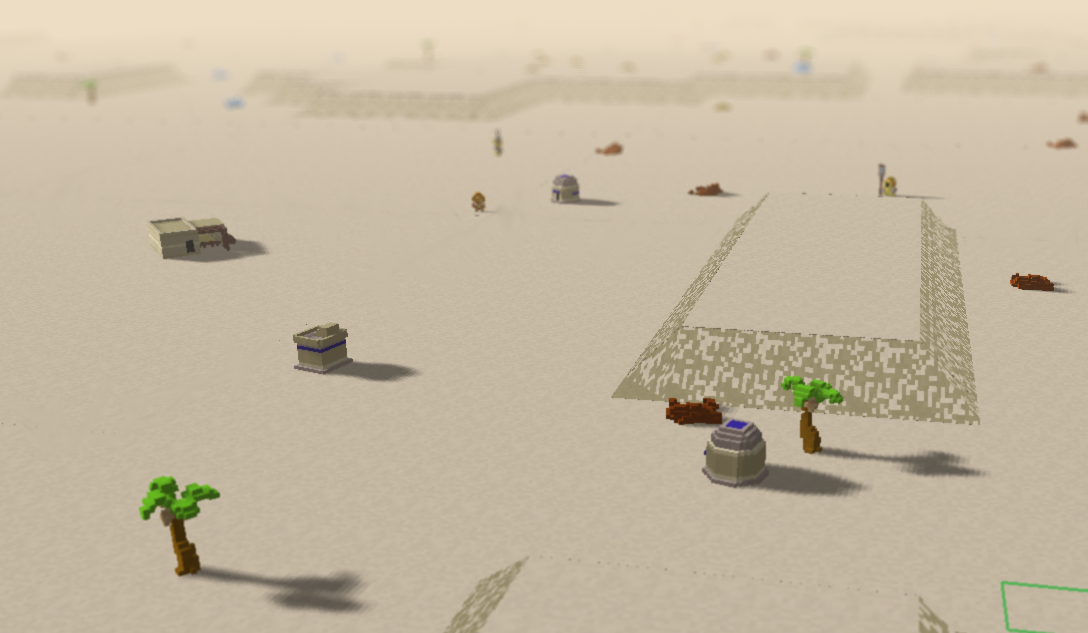 The My Colony 2 engine is starting to gain support for AI controlled civilizations, and the first work has been started in this regard with the introduction of the Phara, a new Desert World native species conceptualized by @GeneralWadaling nearly a year ago. Desert World players will start to notice the new faction and their settlements crop up around their maps.

There is still a ton of work to be done with the AI, and some bugs to work out. At present, the AI doesn't do much except for generate new settlements, so don't expect any interactions or diplomacy quite yet. The AI routines are going to be fleshed out over the next several updates, and the initial AI processing is going to be largely based on the AI code from Colony Wars, but more on that later.

I have wanted AI controlled civilizations in My Colony since the first release of MC1, but have never gotten around to it. You may or may not know that My Colony 1 was initially envisioned as a futuristic version of Sid Meiers's Colonization, and was to have native species to deal with and you would also have to fight against the "king" for independence (in My Colony's case, United Earth). The game never turned out like that, and My Colony 2 will not have fighting for independence either, although the engine might in fact support that scenario soon, but we will get to that later too.

I next want to move on to a new concept I have added to the game, which is progression through both Player and Settlement leveling up. 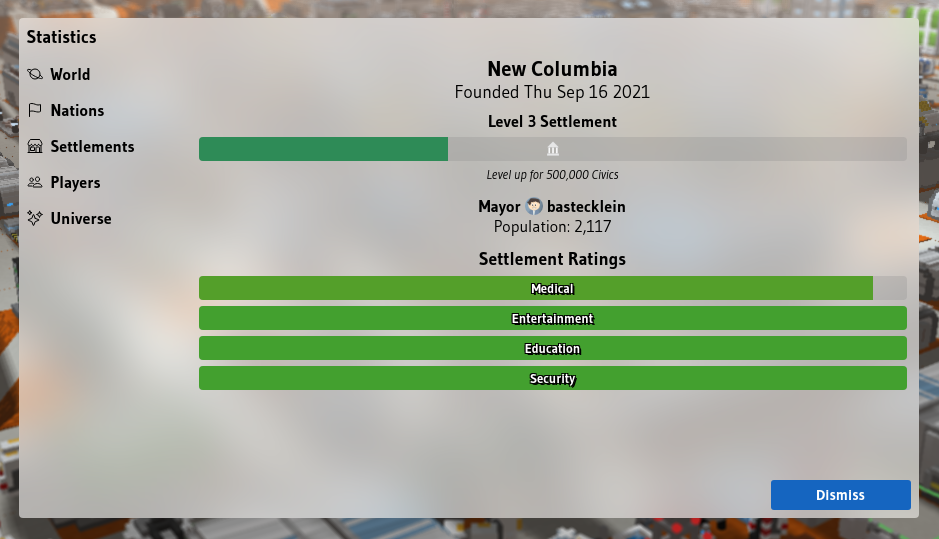 Settlements now have a Level, which you can increase by using Civics. Behind the scenes, Players also have a level which can be increased using Money, but that part is not yet implemented.

Right now there isn't a huge point in leveling up, although eventually some government type structures and policy options will require either a specific player or settlement level to unlock. This adds extra goals and an additional player progression aspect to the game. Various forms of this have been suggested throughout the years for My Colony 1, so keep an eye on these features as they are fleshed out over the coming updates.

Next, I want to touch on what has been by far the #1 requested My Colony feature since the game first came out - Military and Combat, both of which are now making their way into My Colony 2!

This is another concept in it's initial phases and some of it still doesn't work right, but let's go through it. There is a new early-game tech called Colonial Security which is now needed for the Security Station and also unlocks the new Barracks. From the Barracks, you can now construct the first military unit, which is the Infantry unit. The Infantry is able to either attack or defend. It will automatically attack enemy units if in range, and will attack an enemy structure on command. A lot of the initial combat code has been taken from Colony Wars.

So what constitutes an enemy? The engine now accounts for diplomatic relations between each player behind the scenes. Players can either be Neutral (the default status), Enemies, or Allies. To become an enemy, you open the Players tab in the Statistics window, click on a player, and choose to declare war on them. They will instantly be notified of your treachery. 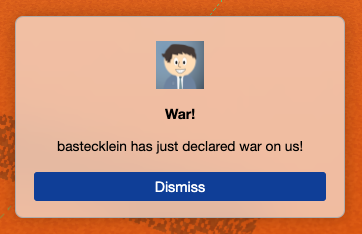 Now, here are the limitations. The 'Propose Alliance' and 'Sue for Peace' options currently are not functional, so if you do decide to declare war, there is no getting out of it. So keep that in mind.

There is a lot more to say on AI's and the new Combat features, but there have also been some other tweaks to the game that I wanted to touch on before getting too deep into the woods.

Another big change is that new players who join your public game will no longer start out at chunk 0:0. I know that it could be annoying to have all Landers start the game at the exact same spot, so the new Landers will now be randomly placed, somewhat in the area of the currently settled world, but away from all other players.

Now some kind of bad news. You may know that I recently updated Voxel Paint with some cool new features, such as metallic voxels, transparent voxels, etc. Well, I went to implement those features into the My Colony 2 engine, and it completely kills performance. I don't know why yet, but just having one structure with a metallic texture destroys the game, and that is on a high end PC with a good video card. So until I can get the performance situation worked out, the cool new features from Voxel Paint will have to wait. 🙁

Now I want to dive a bit deeper into some of the new features, and how they tie to what I have planned for My Colony 2 going forward.

Some of you may have heard during some of my Podcast episodes or from various release notes here on the forum that I had long wanted to make a game called 'New World' that involved showing up on a new continent in ships like the Spanish did, and trying to get rich on a land inhabited by natives. Well, Amazon recently beat me to the New World game, but the idea still remains in my mind. A lot of this updates recent changes, including AI civs and combat, go directly towards making that game concept a reality.

Additionally, there has recently been discussion with GeneralWadaling about migrating Colony Wars to the Scroll3D engine. I think that my new strategy instead is going to be to have the My Colony 2 engine be sophisticated and customizable enough to be able to be morphed into a Colony Wars type Real Time Strategy game. This would be great for multiple reasons. Firstly, less game engines to maintain is always a good thing for me. Secondly, it will greatly increase the capabilities that modders have to make different types of games for the My Colony 2 engine. A win for everybody!

So with the above two points in mind, here are some things I need to work out before I can make everything a reality, which should give you an idea of some of the features that will be coming soon to My Colony 2.

Firstly, there needs to be more World options then the current infinite maps. You need to be able to create maps of a specific size, and also maps that have a predefined layout, which means some type of map editor. To get started on this work, the next World type I am adding to the game is going to be the My Colony Classic world, which will be roughly equivalent to an MC1 large sized Red Planet map (probably not suitable for multiplayer). It should be a fun challenge for some players, but will also bring important new features to the engine.

Next of course, the AI needs to be expanded and improved. The first order of business is to get the AI's capabilities to be roughly in line with those in Colony Wars, which will allow basic war and RTS support. In addition though, the AI needs to be able to conduct peaceful diplomacy and trades. And for that matter, players need to be able to trade with each other as well.

And of course, the game content needs to be expanded as well, and that will happen over time for sure.

So there is a ton of work to do, and absolutely all feedback is appreciated. In the meantime though, check out the v0.17.0 update to My Colony 2, and stay tuned for a whole lot more to come!