So about a year and a half ago or so, Microsoft depreciated the original UWP WebView control and move all of their development efforts over to the new Chromium based MS Edge. This was fine, except for that My Colony on Windows ran under the old Edge WebView, which was no longer receiving any updates. In order to allow My Colony to keep running on the latest engine, I took down the original Windows package and replaced it with a PWA pointing to the Web version of the game.

This was good, except for that MS does not allow non-Microsoft Store in-app purchases for games, so I had to make the game paid on the Windows Store, and buying it just added Premium to your account. This of course led to a pretty big drop in Windows users, since a free game obviously does better than a paid one.

Meanwhile though, Microsoft came out with the newer WebView2 control for UWP apps, based on the new Chromium Edge engine. In my spare time I have been updating my Windows Web App Core code to take advantage of this new engine, and now that the work is complete, I am pleased to announce that the free version of My Colony is once again back up and running on the Windows Store!

I have unpublished the paid edition so there is no confusion by having two versions of My Colony available, but if you previously bought the paid edition from the Store, then it will still show up for you like always.

So that is the change for the Windows Store release. I will probably be making the same change to My Colony 2 the next time I update that game, so there will finally be a free MC2 package available to Windows Store users.

Moving on though to the non-Windows Store desktop clients.

I quit updating the Windows/Mac/Linux desktop clients quite a while ago, and converted the Steam client to be basically a wrapper for the Web App that unlocks premium on the users' account. This worked pretty good on Steam, but a lot of people were taking advantage of how it worked in order to give free Premium access by letting their friends log into their Steam using their Ape Apps Accounts. So to combat this, and also just to improve the experience in general, I am bringing back the native clients for Windows, Mac and Linux, and they will all be natively packaged as well, not just hosts for the Web App version of the game.

When this change occurs though, I will be removing the "Steam Premium" flag from every account in the Ape Apps database. Then, the first time you sign in to the game using Steam, it will ask you to link your Steam account to your Ape Apps account, and there can only be one Steam and Ape Apps Account linked, so you can no longer share your Steam purchases with other users. Linking your account will also enable automatic sign in for all Ape Apps games through Steam. For added security, the Steam editions of the game will no longer be able to run unless Steam is also running and signed in.

In addition, the Steam clients will now implement the Steam API, and I am looking into adding Steam cloud saving, workshop, achievements, IAP, etc.

Finally, the Ape Apps Launcher is getting a massive overhaul and update sometime in January, so the experience there will be improving quite dramatically as well, so be on the lookout for that. It is going to run as either a PWA or a native packaged app, and will support interfaces for Desktop, Mobile, TV and VR users. Should be good stuff!

So anyway, those are the changes coming to the Desktop apps.
Posted by

bastecklein
Developer
Posts: 2967
888
0
1mo
#2
Also coming in the next version of the Ape Apps Launcher, the ability to add any PWA/Website as an app to the launcher, and on the desktop version, the ability to add shortcuts to other desktop applications! 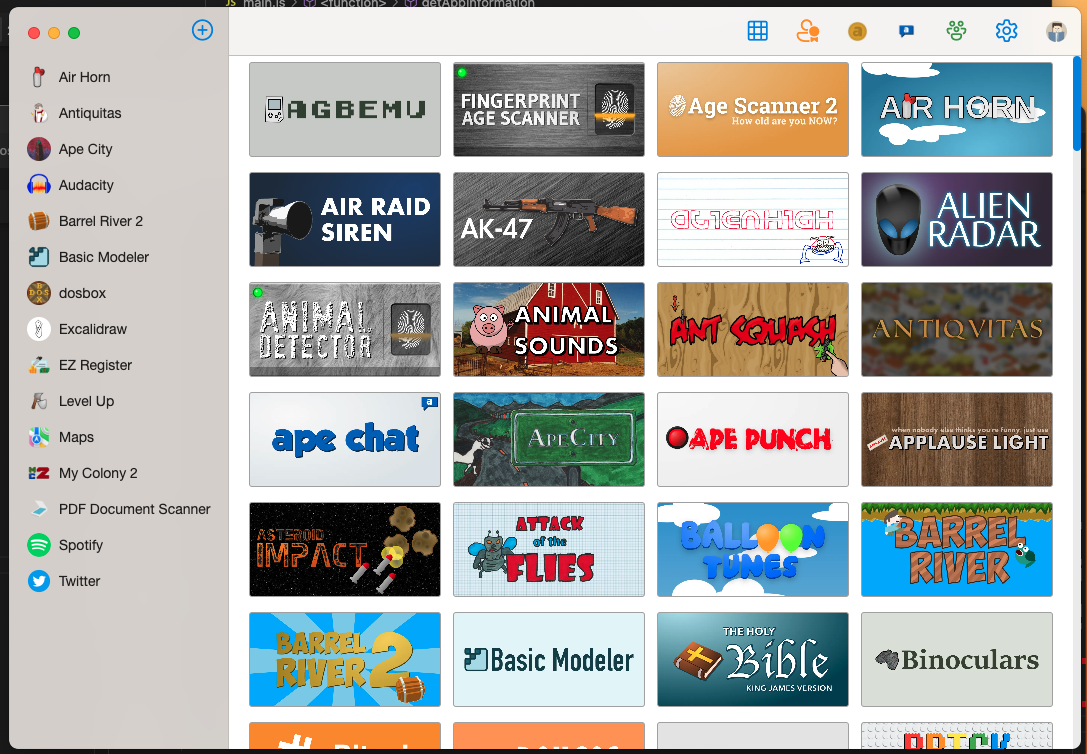