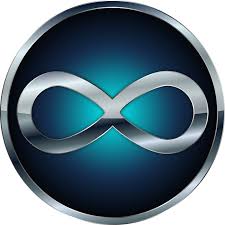 xRude
Member
Posts: 14
0
0
5y
#1
If you don't want colonies to be attacked and don't want space battle to be a thing either, simply add "resource nodes ( planets ) " which give all commonwealth in the federation a boost to a specific resource production when captured. These nodes can be defended and attacked.

Military units ( biological and mechanical ) should however be created on colonies and launched on a ship to attack a node or to help defend it. We would have buildings that converts population or robots to military units.

Ships would be created like rovers but use military units to create and move around just like rovers. To launch a ship we need to send them through a building called a Ship Warp Gate.

To get rid of the space battle rendering part, simply add a "star chart" building to list all nodes as simple text details and text details of the progress of the war ( ship ETA, enemy unit type etc ) .

Units need to be balanced though, with relative weaknesses and strengths.

To balance the "1 Fed ruling the entire galaxy", and Feds dedicating 1 colony to military production, simply limit the ships that can be sent per hour per every member and use that feature you already have to create distances between colonies and nodes, the closer the node, the faster reinforcements can reach it and the less oil needed to ship units. Maybe add different ship types and only smaller ships can travel further distance?

If you actually manage to balance units and they fight like real wars, they should last a few real time days to maintain intensity ( ie. server sided like GTB ) based on army size with only a few hundred units dying a minute ( about 1 million a day ). When a node is captured it will become an eternal struggle to defend it, continuously trying to counter your enemy units, making far away nodes difficult to hold.

Tbh, war efforts is a good way to balance endgame resource accumulation, and if you look at it this way, the fighting is so that we can generate more resources :D.

Just remember Dev, competition causes the player base to grow and helps sustain the game with an active player base.

When it comes to end game content, this is the best suggestion I can give that doesn't affect new players at all and allows those base builder people to feel happy and safe because it doesn't affect them.
Join No! 100,000% payroll assistance https://www.my-colony.com/colonies/zhpQVBBy/

constanryuk
Member
Posts: 46
0
0
5y
#2
Seriously, people just could not understand that the developer has no intention of turning THIS game into a war game let along integrating any war insinuations. I believe he is working on a game with war being integrated already so just wait for that instead.

constanryuk said:Seriously, people just could not understand that the developer has no intention of turning THIS game into a war game let along integrating any war insinuations. I believe he is working on a game with war being integrated already so just wait for that instead.

Same. I also wanted to reply that, but I facepalmed and my face hurt.

Bast said he would not add any war.

This is what happens if you add a taste of war:
Yay! Everyone likes it. Bast wants to add more.
He just add a multiplayer war game! Users cheer him on!
Bast is very unhappy that it turned into a war game.
But he needs to support his users.
Bast adds many war buildings.
some users dont like war. They quit.
Bast is sad.
Everything is bad.
Life is over.

bastecklein
Developer
Posts: 2954
873
0
5y
#5
Expanding multiplayer means more servers. I'd have to start adding in pay to play IAP's to finance that, just like all of the other online multiplayer war games. You forget My Colony is almost completely free. Few people buy premium, and the premium cost is only $3. I don't know anybody who would mow my yard for $3. I really doubt many would be willing to pay for the type of features they think they want.
Owner of Ape Apps, LLC

Amorphus
Member
Posts: 553
59
0
5y
#6
That's a good point. I bought premium because i knew that My colony was a growing game and that there were features to come that I would kind of be grandfathered into. It was the only classic desktop-style game on the mobile app store that was as satisfying to play as simcity and I thought 3 measly dollars was more than worth supporting someone who is putting their players in front of greed. If this game were to become infested with pay-to-play IAP's, it will have lost the one thing that draws most of the players to play and support it.

Thrimian
Member
Posts: 55
3
0
5y
#7
Maybe you could have a separate colony startup, like with online, offline, Creative. Then only those that want to play in that game mode will be able to. Maybe even have their own gbt server so as not to interfere with the other players. Then it would be a best of both worlds.

Amorphus
Member
Posts: 553
59
0
5y
#8
Well, that's kind of what he is doing with colony wars. Bast wants to leave my colony a purely building and managing game. But colony wars should satisfy those with an appetite for destruction. People still continue to ask for wars in my colony though.

I gotcha, no hard feelings man.