bastecklein
Developer
Posts: 2855
744
0
4y
#1
For players who use more than one of the 'Native Client' versions of my games, I have a new desktop app coming soon (in both 32 and 64 bit) that should both save hard drive space and keep all of my games more organized on your system: the Ape Apps Launcher: 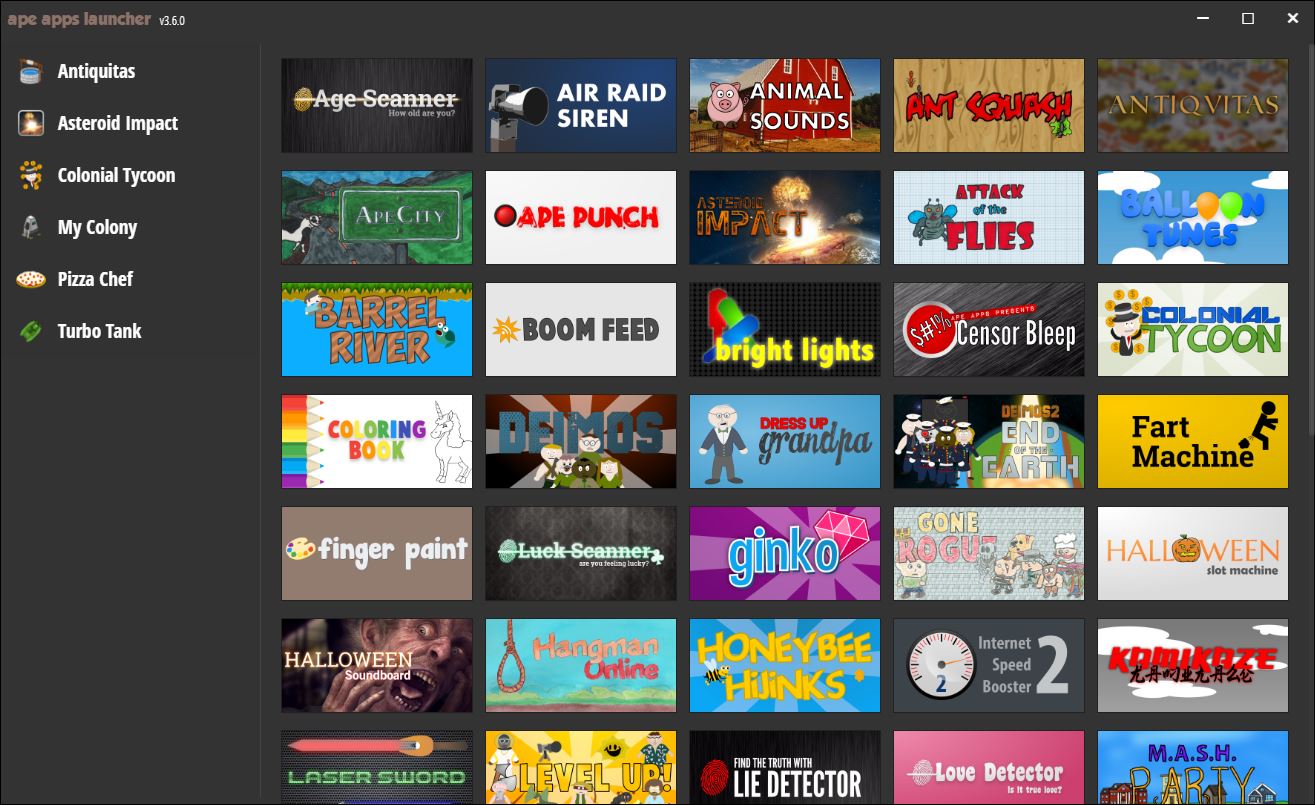 Here is what it does. Right now if you download a Native Client game, it is about 175-200mb in size. Most of the size it due to the fact that each game includes the Chromium engine built in. This is not a big deal if you are only playing one game like My Colony, but suppose you want to have both My Colony and Antiquitas installed. Now you are talking about 400mb of space. This is where the Ape Apps Launcher comes in.

The Ape Apps Launcher runs all of my apps and games in a shared Chromium engine, so you only need to download the overhead of the engine one time. It then allows you to download and install any game from Ape Web Apps, even games that do not have their own Native Client already.

The games are all downloaded to your PC, so after the initial install they will all work without an internet connection (unless internet is a core part of the game). You can also easily delete/uninstall anything you have downloaded. Games will also update automatically, with update sizes significantly smaller than what they are now. For example, downloading a full My Colony update for desktop is currently a 180mb download. When using the launcher though, the update size is reduced just under 11mb.

So the benefits are:
The Ape Apps Launcher will be coming soon to Windows, Mac, and Linux in 32 and 64 bit flavors. The initial version simply lets you download, install, and manage all applications. If there is interest in the app I will develop it further, if not I will keep it as is.

Ideally I would just be able to have this instead of having to manually make a different Native Client download for everything and for every update, as it would certainly save me a ton of time (and server bandwidth). Of course that all depends on if people like the concept or not.

Anyway, I expect this to be released this weekend or next week sometime. Shortly after the My Colony v0.58.0 update is finished. I am almost done with the launcher code, but there are still a few minor things to button up on it.
Owner of Ape Apps, LLC

misteddawn
Member
Posts: 378
0
0
4y
#2
Oh that will be soooo cool. Consolidate access to all the apps into one place and cut down on space taken up!!!! I will definetely be getting this once you release it!