Sobeirannovaocc
Member
Posts: 380
59
0
4y
#11
Realistically, the station should actually be the starting point of a player. One station per race (1 for zolarg, 1 for human,etc.) and after that you send space ships for every colony you start. I know it redefines all your idea x) but...

The station is orbiting around your mother colony (you can move it when you become independent?).
That way travel times could be introduced : 1 minute to travel from 0:0 to 0:1, 2 mins from 0:0 to 1:1 for example etc.
And also the more ressources you send the more it takes time.
Maybe some techs to accelerate the travel time (for end game colonies with lot of ressources), like researching better engines for the ships ...

This will make players rely more on the commonwealth and the mother colony way more important (closer, less time to get the resources and if there is a starvation...) and rare resources that would only be produced by the zolarg for example will take time to come.

This would make the game more realistic, but much harder (maybe lower the civics costs for trades).
The galactic map would also become more important (quite useless right now).

The problem to solve is how you get the resources in your station to build ships to colonize planets...
Creator of Coloniae
Admin of the MC2 translation project

Amorphus
Member
Posts: 553
59
0
4y
#12
Ok, so wanted to update my ideas based on the recent decision to not put my starship on the mc server. Since that happened, the ability to build ships would be meaningless unless they played a role in trading and exploring anomalies for resources.

We also talked about the idea of the space station being a type of map in mc instead of being it's own game. I personally don't care which because the station would be able to carry out the same functions that it was designed for no matter if it was in mc or in it's own game.

The thing is, I think that it would be simpler and faster for bast to just implement the platform feature, since that would only require a few changes to the engine. Developing modules would take ages to finish and it would be tons of work. Yeah it would be cool, but developing modules would require multiple multiple changes to the engine, and I personally think that we shouldn't be reinventing the wheel here when we already have most of the buildings and features that we need to make the game aside from the platforms.

On another subject, consider some of these ideas off the top of my head:
-space stations need o2, which they can get from water. However, water is not a replenishable source on a space station. Therefore, water demand would skyrocket if this game becomes a reality. A byproduct of making o2 from water is hydrogen, which is used in fusion plants. Fusion plants could use lots of hydrogen and produce he3, all while producing tons of power. Hydrogen and oxygen should be producable by planetary colonies and have a place in the gbt as basic resources.
-on a space station, everything needs to be recycled so as not to lose resources, so there should be structures that turn trash into fertilizer. Fertilizer would be needed for food production. Food feeds people, and then people use the restroom, completing the cycle. The reason why fertilizer would be needed is because there is limited soil on a space station, and that soil would need to be re-enriched from time to time to keep crops alive and bearing fruit. This fertilizer resource should be producable by planetary colonies and should have a place on gbt as a basic resource.
- a space station would have more forms of entertainment that planetary colonies don't have, like a viewing deck, spacewalk rig, and zero-G chamber.
- there would also be more ways of making money. A refueling station would constantly consume oil and produce money. An energy cell factory would consume large amounts of energy and either just produce money or produce energy cells, which may have other uses.
-0G makes it difficult to work, so the player would have to build gravity generators to keep their colonists up to snuff. These generators would keep colonists moving at regular pace. Without them, colonists have to wear heavy magboots that make them walk at a fraction of the pace and production is significantly slower in buildings that aren't inside the radius of a gravity generator. It could also be a happiness factor.
-Debris from meteors is everywhere in space, and without adequate shields, buildings would be torn to shreds. Therefore, shields should be implemented to protect colonists. Meteors would be a constant thread and would heavily damage any unshielded structure/colonist/vehicle that they land on and could even destroy roads or platform tiles.


That's all I can think of for now, hopefully these ideas help.

-By going to My Space Station, you can view all the contracts including server UE and LIS. Using a charter prompts a pop-up for name and resource abundance ONLY.

- To build more modules, go to "Purchase" on side menu, and click on appropriate module. Uses money and resources to buy modules.

-After purchase, go to "Inventory" on side menu, and all of the currently bought and unused modules will appear. Place on map and the constructer probe will attach it.

-Map will be huge. Believe that map should be flat instead of angled.

-Will be similar to My Colony in the aspect of getting started.

This is all I have for now. Please add.
Dylan Carter
Conjurer in NOZ
Join the Nations of OZ!
https://discord.gg/sEpTt8E
https://www.nationstates.net/region=noz

Amorphus
Member
Posts: 553
59
0
4y
#14
I just don't think that modules would work because they require several several changes to the engine. And how is bast going to build tubes? each building has it's own 2d image, and with roads, it doesn't matter what you add to the road image, rovers and colonists will drive over it, so the same thing would happen with tubes, wouldn't work.

Second thing, I like the command center and the outreach tech, and the 5x5 starter building, but I think that the starter money should be 100x higher because the whole point of it being a space station is because it can't mine it's own resources. It would be a differen't playing style altogether because it causes the player to think differently on how to keep their colony going. Yes, maybe we can put in some asteroids that can be mined for starters, but eventually, the station would have to constantly buy water, ore, and regolith in order to survive because there would be no asteroids left.

How about this: one advantage to the space station is that it can store much much more than any sigle colony ever could. This allows for the purchase of tons upon tons of resources, enough to last for days. Therefore, for each platform/ground tile built, storage for every resource would increase appropriately. I mean, it makes sense because a space station's infrastructure is somewhat hollow and can provide ample storage. The buildings on the surface of the platform wouldn't provide any storage save the usually storage buildings like the water tower or warehouse, but the platforms would be doing all of the work.

Sobeirannovaocc
Member
Posts: 380
59
0
4y
#15
I think we need Bast's opinion about all this, what he can do, what he wants to do etc. before suggesting ideas in more detail.
Creator of Coloniae
Admin of the MC2 translation project

Amorphus
Member
Posts: 553
59
0
4y
#16
Yes, I agree. I have a novel of ideas that I could present but I want to know which way @basteklein wants to go with this so I can tailor my ideas to his plan. For example, if he decides to go for modules over platforms, I'll start coming up with ideas for modules and such, but if he decides to go with platforms, I'll present ideas in line with that. Either way, this game is going to be awesome if he goes forward with it.

On a side note, the modules idea reminds me of the game fallout shelter, where you build rooms that you can upgrade and add certain specialized people to. Although, that game is full of iap's, but it's a good example of what a space station game with modules could look like. you could have rooms/modules that have specific functions like farming, power, research, or refining, with elevators and hallways connecting them. Then you can look at the candidate list and see who best fits the role of a scientist, farmer, machine operator, and then hire them. It would be a very simple design yet would make sense. Who agrees with me? 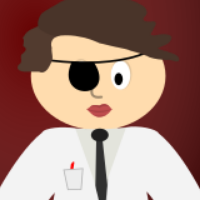 EmpressVonEvil
Member
Posts: 2
0
0
4y
#20
The energy cells idea sounds pretty good. Energy cells could be generated from enormous amounts of power and perhaps a small quantity of some other resource and then consumed by some cheap generators. This would allow a colony to produce tons of energy in the form of energy cells and then sell them to other colonies that could use those energy cells as a cheap source of power.