bastecklein
Developer
Posts: 2968
888
0
2y
#1
I have started to implement Public Transportation in My Colony v1.5.0 Beta, but it will probably take a few updates to get it all right. The initial implementation is going to be transportation between regional cities, allowing colonists to live and work in different cities. To accommodate this, I have created a new bus stop building that introduces another new engine feature called Decorative Vehicles.

All public transit is simulated by the engine, but I thought it would be neat to see little buses driving around your city when you have transit built up. So now, each building class can provide your city with a certain number of decorative vehicles, vehicles that do not actually do anything except randomly drive around your colony. The first of these is the bus rover. 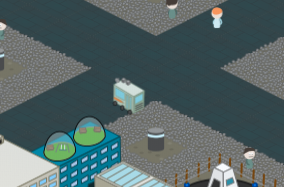 For each bus stop you have in the city, you will get this little bus driving around acting like it's doing something important. It really has no relationship to what the actual transit engine is doing behind the scenes, it's only there to look neat.

The whole purpose of the feature is to make your city look more alive as it grows. I plan to add similar decorative vehicles to the police stations and hospitals as well, and perhaps the Star Port will also give you an occasional star ship flying overhead.

Anyway, I wanted to put this information out there because I know there will be questions about why the bus is going to certain buildings and not others, etc. The bus is not actually doing anything real.

As for the transit, this next update is going to be testing the waters with city-to-city transit, which will probably take a couple of updates to get right (knowing me). The goal is to be able to have a dedicated industrial city on a Region map, with nice clean dedicated housing cities nearby, with colonists taking the bus to work and back every day. This will also allow you to spin up a new region city and have workers ready to go right from the start, busing in from neighboring cities ready for employment. The only requirement is that each city will need to have adequate busing capacity.
Owner of Ape Apps, LLC

KlingonDragon
Member
Posts: 38
4
0
2y
#2
Does this have any effect when used in a single city?
I just placed the Bussing Authority Building and apart from the little rover going around and it using up some wheels, it doesn't seem to be doing anything.
My Colony Discord Server - https://discord.gg/dvJSKBB

GeneralWadaling
Premium Member
Posts: 646
211
0
2y
#3
I'm suggesting the public transit also boosts the commute range of the residential buildings.
It means, they can cover further workplaces.
You can help by EXPANDING IT.

@GeneralWadaling The idea is to have bus stations also expand the distance colonists will go to work within a city, I am just implementing the cross region part first. If I try to do too much at once I will never get any of it done, as many people here well know!
Owner of Ape Apps, LLC 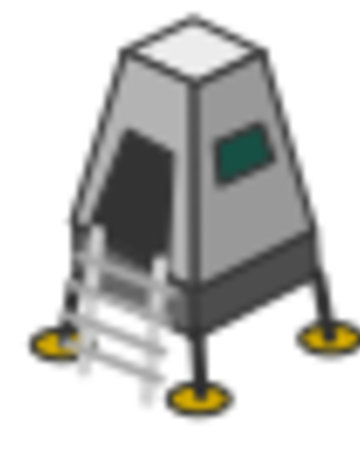