Today marks the availability of My Colony 2 v0.10.0, along with some cool new features and enhancements! Updates for MC2 will be weekly during most of the rest of the summer, so make sure you stay tuned for all of the new features and content. In the meantime, let's take a look at what's new with this release. 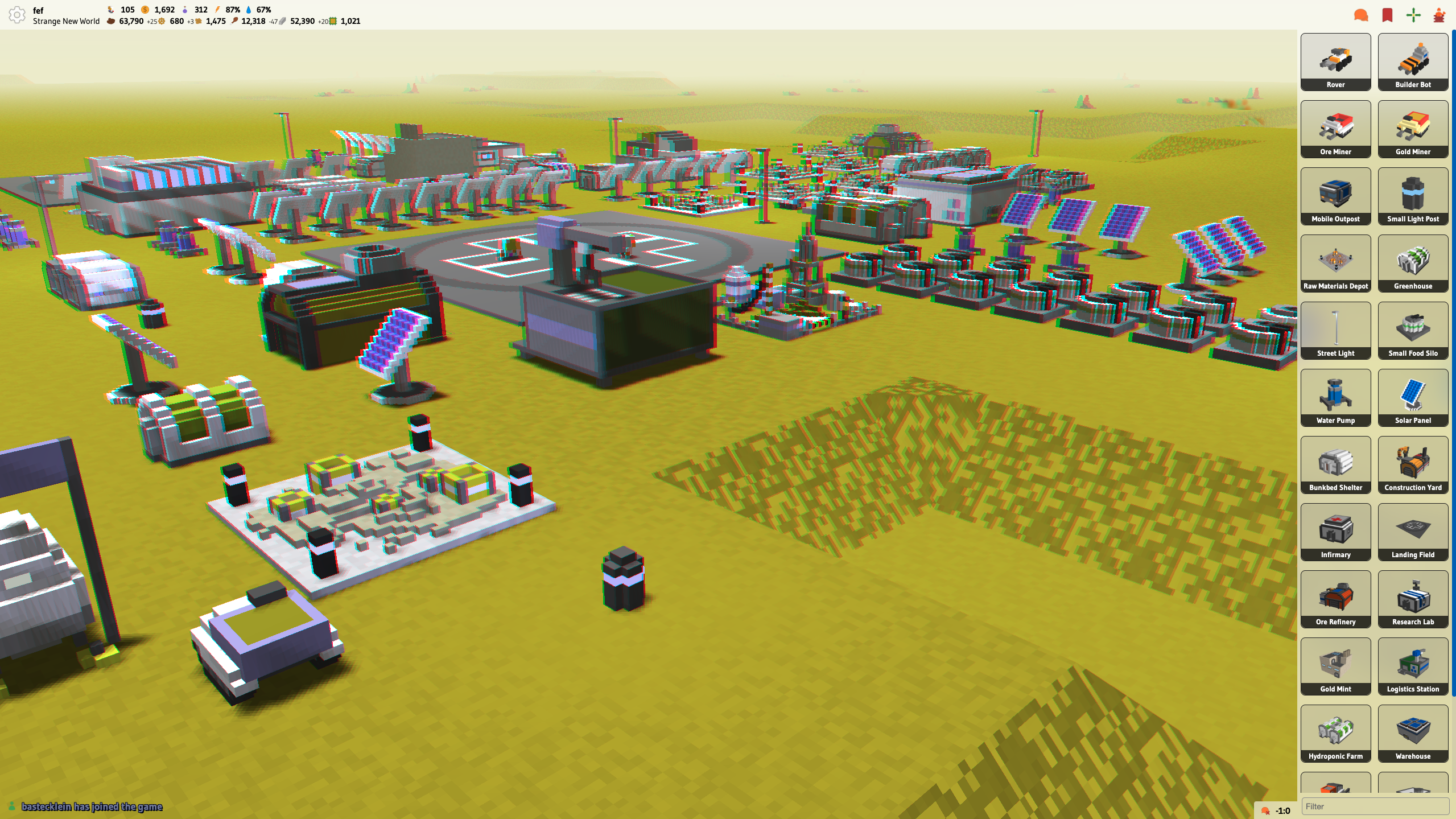 My Colony 3D - If you thought that Jaws 3D was all of the rage back in the day, it's got nothing on My Colony 2. If you have a pair of red/cyan 3d glasses, yes the old movie theater kind, you can now enable Anaglyphic 3d Mode in the Engine Settings menu for a neat stereoscopic 3d effect. Observe the above screenshot using 3d glasses for an example.

Back to Work - The pandemic has ended for the worlds of My Colony 2, and so all productive structures are now requiring their workers to return to the factories. Hovering your mouse above the population readout in the toolbar will now show you the same stats that MC1 would regarding settlement population, housing, and jobs. New for MC2 though, buildings will now show a "workers needed" icon over the top of them if they have no workers available, so that you can see at a glance if you need to construction more housing or landing pads. Since the added work requirement will no doubt require a higher population, the Dormitory has been added as a more dense housing option. 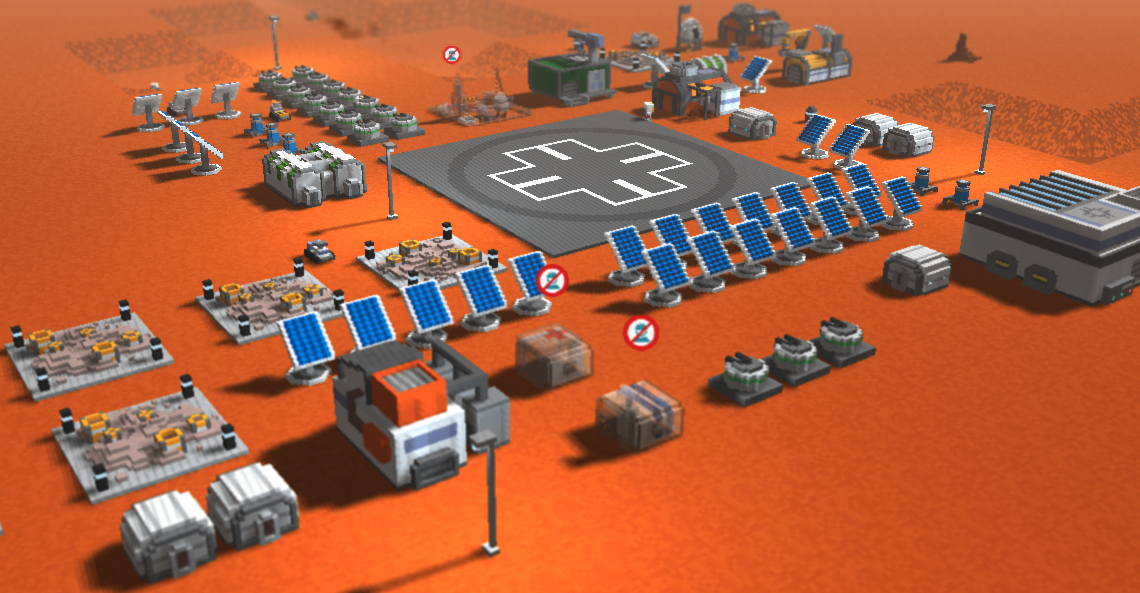 Storage Required - Before now, it wouldn't really matter if you constructed storage facilities or not, as you could just gather infinite resources anyway. Now storage requirements are enforced. To assist in this new requirement, the Warehouse is now available to build in the game.

Money is now in the game, which can currently be created using the Gold Mint facility. Eventually you will have to pay your workers, and Money is the way they are going to be paid. Money will also be the medium of exchange for player-player trades, once I get that implemented.

The Desert World is now functional and ready for colonization. To assist in Desert World colonization, I have added the new Desert Rover, the Sand Drill, and the Small Condenser to to the game.

The updates are going to be coming fast to My Colony 2 over the next few weeks, leading up to the late-July Android release of the game. Once the game hits Android, some of its features are going to be moving behind the premium paywall, such as modding, multiplayer, and some of the world maps. Premium content is being added to MC2 because, unlike MC1, I do not plan on using in-app advertising banners in this game.

My short-term (next few months) to-do list for MC2 is as follows (and this is a loose roadmap, not set in stone):
Beyond that, my longer-term roadmap (this fall and beyond) includes a lot of things, some of the major being:

So that is what is here now and coming soon for MC2! Thanks to all who have played and contributed content to the game, and stay tuned for more as the weeks progress!

spamdude
Member
Posts: 109
41
0
1y
#2
Might be a silly idea, but will you eventually be able to restore ruins?
Also, I'm still unable to load my world in.
sometimes I make stuff