bastecklein
Developer
Posts: 2891
769
0
10mo
#1
I am having thoughts of a My Colony universe themed version of My Empire. It would be called Terra Nova and involve the different factions of Earth fighting over the planet Terra Nova. Story-wise, Terra Nova is the first totally earth-like exo-planet discovered by United Earth, and it's full of resources, so all factions will be racing to colonize it.

Game will start with the My Empire engine but add a lot of new features, such as different factions, resource control, much larger map sizes, and also take advantage of some of the newer Scroll3d capabilities I have added since My Empire 1.

I plan to incorporate and employ a lot of the story and lore that we have discussed here in the forums, including some of the early earth factions that @GeneralWadaling has come up with.

Anyway, this game will be a little ways off, but I wanted to open up the thread for planning/ideas/suggestions/etc.
Owner of Ape Apps, LLC

itsLiseczeq
Member
Posts: 79
44
0
10mo
#2
hell yes! the worst that it can do is flop, I'd play this kind of game!
Have a fantastic day!
~cakedon (formerly itsLiseczeq)

Infantry
The class of unit that forms the backbone of every military forces.

Vehicle
The crucial component for offensive. Often has higher mobility and firepower than infantries.

Armored Car/Recon Rover
It's a quite affordable option for establishing a mechanized force, although not the most efficient.
Tank
The badass armored fighting vehicles.
MBT (Main Battle Tank)
In case diplomacy fails, bring in the 125mm caliber "liberty delivery"!

Naval Units
This one can be quite situational, depending on whether there is a sea on the map.

GeneralWadaling
Premium Member
Posts: 634
203
0
10mo
#4
And probably the yields:
Civics would be the way to expand the political territory of colonies, functionally identical to Culture in My Empire.
Food, Money, Productivity and Research, would be more or less the same as from My Empire.
You can help by EXPANDING IT.

GeneralWadaling
Premium Member
Posts: 634
203
0
10mo
#5
Here are some voxel model ideas of units. Need not to use them all, since there's always better (plans and) designs than mine lol 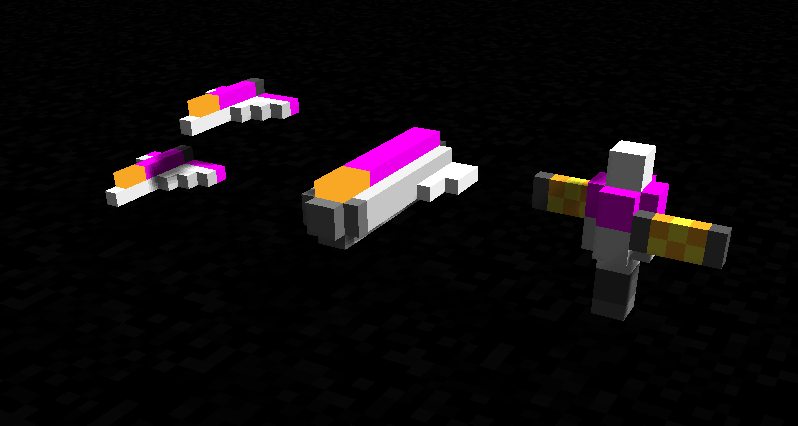 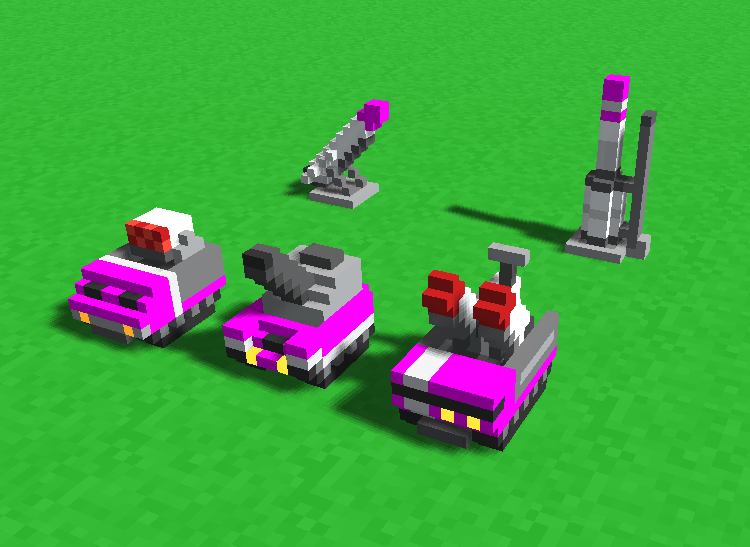 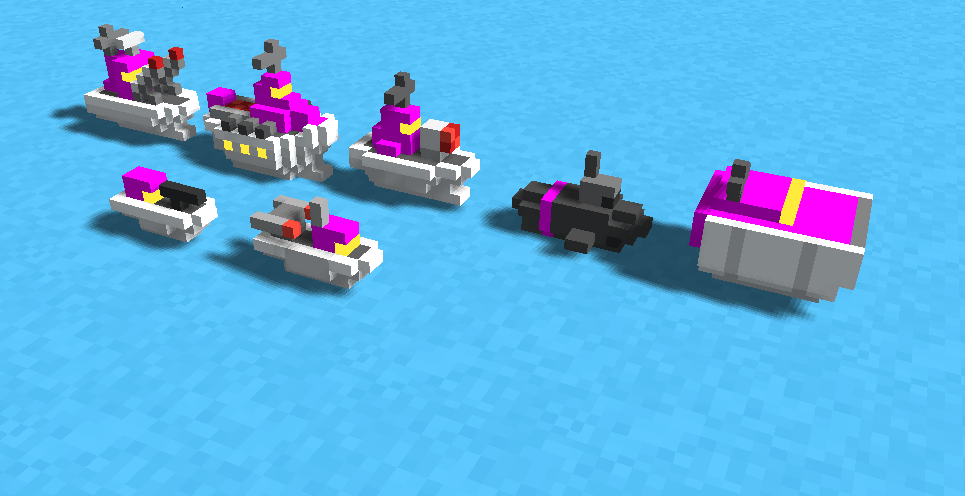 Look forward to see this game becoming real! :)
You can help by EXPANDING IT.

bastecklein
Developer
Posts: 2891
769
0
10mo
#8
I think probably the factions will follow the same tech tree. I will somewhat follow the Civilization model, whereas the factions are fairly similar except each may have a few unique units, or some sort of bonus (one faction might gain money faster, one has stronger units, etc)

I should also implement some of the other Civ-like victory conditions, like the tech victory, culture victory, etc. I will also give the option on game creation to limit it to all out domination, for the player who wants to go all-in.

I was thinking for terrain improvements, the Mine, Farm, and some kind of Fort. Then maybe there could be some specialty ones based on type of terrain. I think I fishing boat perhaps for water tiles as well.

First order of business is to get larger map sizes. The original My Empire gets pretty slow on larger maps, and I think it is because it renders the entire map as one giant object. For MC2, I got around this by breaking the map up into 16x16 chunks, and I will do something similar in Terra Nova.

Next, I want to implement Fog of War, which was not present in My Empire, but I think is important for this type of game, and adds an element of discovery as well.

I need to work out what a city will look like. So yes all players start with a lander, and then new settlements will be made using an outpost like in MC2, so functionally a Lander and an Outpost are both the same as a My Empire settler, except the lander can fly over water. Once deployed though, it would be preferable to use the same city/settlement graphics no matter which unit deployed the settlement.

Anyway, work will start on the game soon. Some of the necessary additions to Scroll3d engine I am already implementing with this current MC2 update, including a better way to highlight units/objects. So stay tuned, I think it will be a fun game!
Owner of Ape Apps, LLC

GeneralWadaling
Premium Member
Posts: 634
203
0
10mo
#9
Kind of having an idea on what city can look like, although not the best solution. 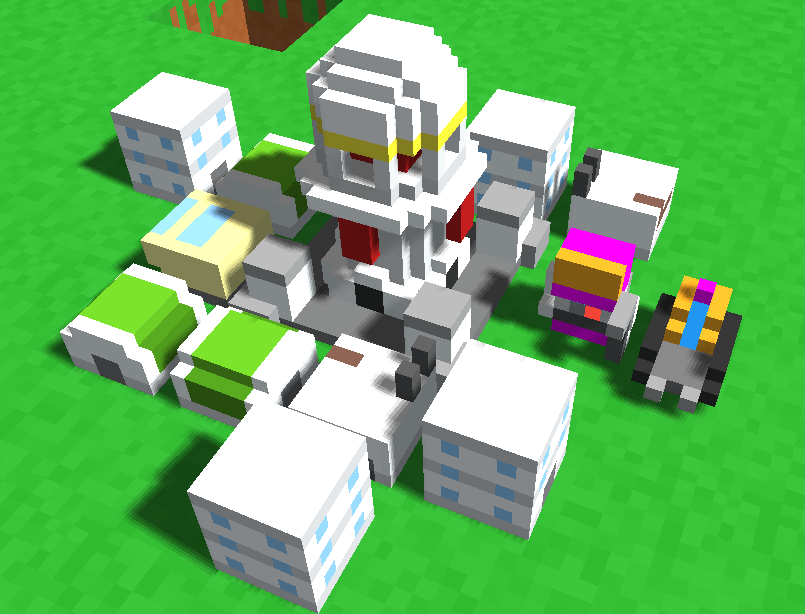 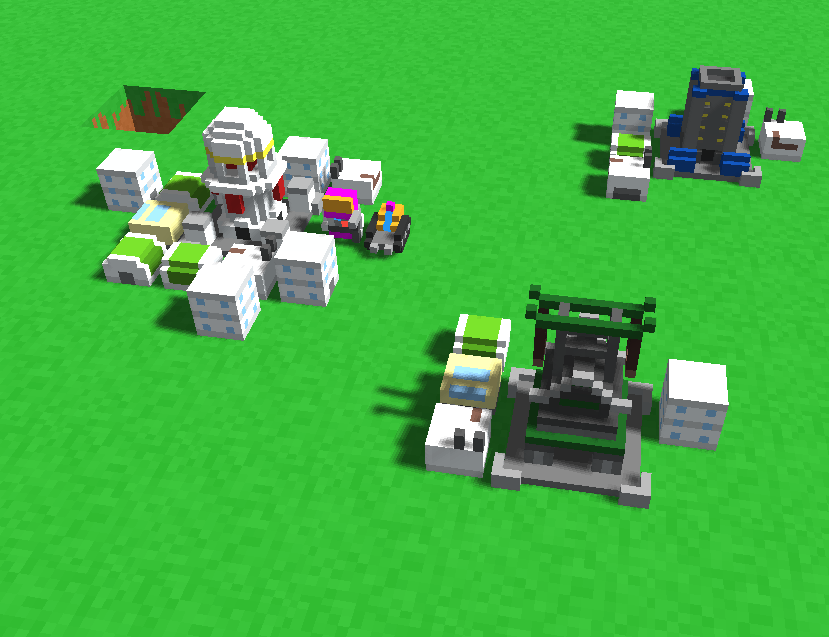 Basically, small buildings "spawns" around the city center according to its extent of development.

These 3 city centers could be example for capital city city centre, or high level city.

I also have other designs, but most of them, you know, are from non-human civilizations (including Zolarg Empire and Alpha Draconians.....)

So far features added VS My Empire include Fog of War, and the ability for a city to be differentiated as a capital VS other cities.

Maps are now broken up/rendered into chunks like in MC2, and the play worlds for each map size are now 4x larger than the comparable map sizes in My Empire. 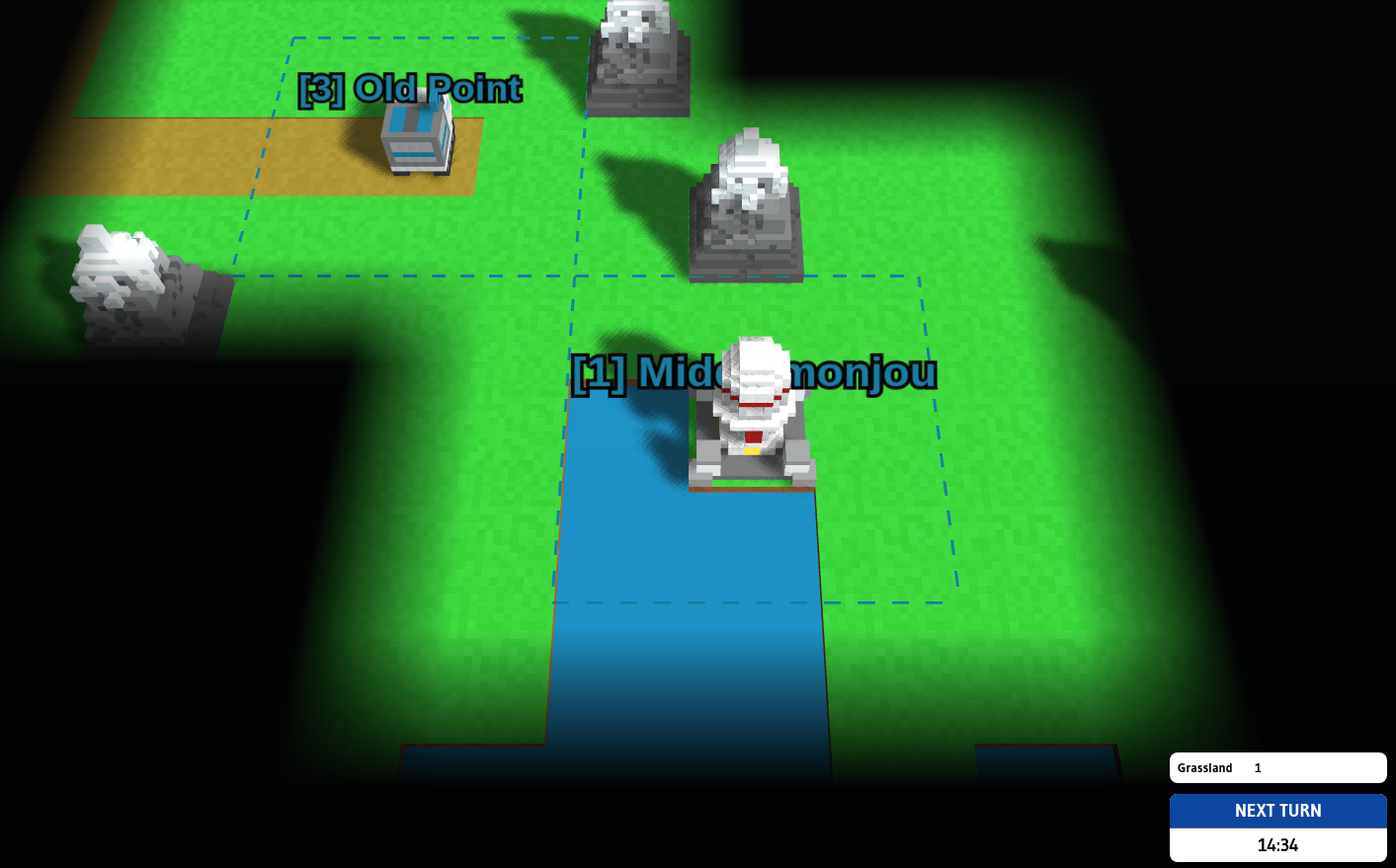 @GeneralWadaling - I like your idea of the cities being a city center building, and then little buildings start springing up around it as your city grows. I am going to use the same functionality in the engine that was used to show wonders on the map in My Empire, where by the cities (city center in Terra Nova) are 16x16 voxel buildings, and the small surrounding structures are 8x8. I think that the primary city/capital will use the fancy HQ structures like the ones you posted, and the other settlements will sort of be like a deployed outpost vehicle.

Next I am going to rework the city name UI from My Empire, to something a bit nicer and with more information on it, more akin to how Civilization does it (example:) 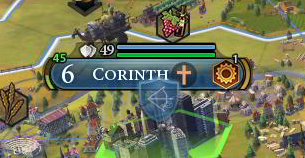 Still a lot of work to do, of course. Thanks for the ideas/suggestions/models!!
Owner of Ape Apps, LLC