My Colony 2 v0.20.0 is out now on Web, Windows, and the Ape Apps Launcher, and should be hitting Android and iOS sometime later this week. I don't have any new structures in this release, and instead focused on cleaning up some of the issues from v0.19.0, and started laying the groundwork for future greatness! So what's new? Let's take a look!

To start off, many of the video settings in the Engine Settings menu no longer require an app restart in order to take effect. Realtime Shadows, Antialiasing, and DOF effect can now all be toggled on/off while in-game. I am working on making it so that all engine settings can be toggled on and off while the game is running, so stay tuned for that.

I started adding initial gamepad support to the game. Right now the gamepad only controls the camera and the Player Mode controls, but eventually I intend to have the game 100% playable with the controller. This will allow be to publish the game to Android/Fire TV devices, as well as the new Steam Deck device for when I finally port the game over to Steam.

The top-right toolbar has been expanded, and I might have to start adding UI toggle switches to let players turn more items on/off as they see fit. 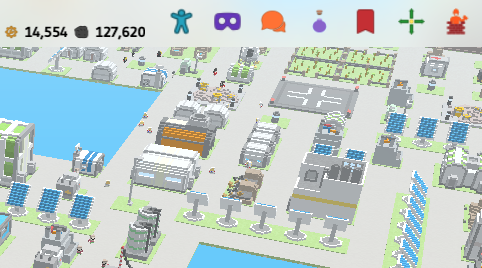 The new buttons (starting at the left) are the Player Mode toggle, and the VR Mode toggle, both of which I will expand on in a bit. The VR Mode button will only appear on the Windows 10 or the Web version of the game, and will only be there if you have supporting hardware (like Google Cardboard viewer on an Android phone, or Windows Mixed Reality headset, or if you are playing the game on an Oculus stand-alone device).

You will also notice on the bottom-right mini toolbar next to the Clear Chat button is a new microphone button:

My Colony 2 now comes with built-in voice chat support. This is not a global voice chat, just a group chat for the people online in the current world. This was added as a way to communicate in the new VR Mode, but also works in all modes of play for players who just want to talk to each-other instead of type. The icon will turn green if your microphone is active, and red if your microphone is muted. Click on the microphone icon to mute/unmute. You will also see an indication that tells you which player is talking while they are speaking.

In v0.19.0, I added a rudimentary "Player Mode" that allowed you to click on a colonist and walk around the city from their point of view. This feature has been expanded in this release, and will continue to be expanded as time goes on. In v0.20.0, you no longer have to try clicking on a tiny colonist, there is a new Player Mode icon on the top toolbar. The first time you click on the Player Mode toggle, you will be asked to place your token. Now instead of assuming the body of an existing colonist, you actually join the world as yourself. You can pick any starting location you want, but after your token is places, you will have to physically walk to wherever you want to go.

Right now your token just looks like a standard colonists, except whose space suit is matched to your player color in-server. I plan to allow players to also customize their guy buy picking one of their Tokens from the My Tokens app.

Eventually there can be a whole Player Mode game within a game associated to MC2, but I also want the modding tools to have the ability to create a game that is 100% based on the Player Mode, so there is going to be a lot more coming to this feature in the coming updates. As always, suggestions are welcome!

Somewhat related to Player Mode, a new Virtual Reality Mode has been added to the game! This one is an even earlier and more experimental state than Player Mode, but players with supporting hardware can test it out today and leave feedback.


Eventually, the entire My Colony 2 game, both regular build mode and Player Mode, will be 100% playable from both the Gamepad and the VR interface. Right now it's basically a tech demo, although Player Mode in VR is pretty much equivalent to the non-VR player mode at this time.

To test out VR Mode today, you will need some hardware. The cheapest way to get into it is to get a Google Cardboard viewer, or one of the many Android VR headsets that are cheaply available on Amazon (you would need the Google Cardboard app installed as well). You will also have to use the PWA version of My Colony 2 (https://www.apewebapps.com/my-colony-2/) as it does not work on the installed .apk. Playing on Android will also require you to have a bluetooth gamepad paired to your phone.

You can also try it from a stand alone VR Headset like the Oculus (meta) Quest 2. Just fire up the headset browser and navigate to the My Colony 2 web app. You will not need an extra controller on the Oculus, as the devices controllers work just fine.

There is nothing you can do in the standard build mode while in VR except scroll around, so you are best off switching your game into Player Mode before activating VR (as you can't do it while in VR yet). Once in VR Player Mode though, you can walk around the entire world as your Player Mode character. Even though you can't do anything yet, it's a pretty cool experience. With multiple players in a game with VR Player Mode and microphones activated, it can be a cool VR social experience. Especially in the future, if you can group up and go on a quest.

Keep in mind that more computing horsepower is required for VR Mode. On the Quest 2, I had to turn all engine settings down before starting up the game, as the Water World map in VR completely lagged my headset out, which was kind of disorienting. So if you are going to try VR Mode, please turn down graphics settings before entering the game!

If you have a VR Headset or Cardboard type viewer, give it a try and let me know! I think there is a lot of future potential for VR Mode in MC2.

Moving on, there are a few quality of life improvements in this update. Now when you click on the scrolling resources counter, it will switch to a static, non-scrolling list like in MC1.

I have also implemented one of the most long-standing feature requests to the game (besides pavement bulldozing), building progress bars! 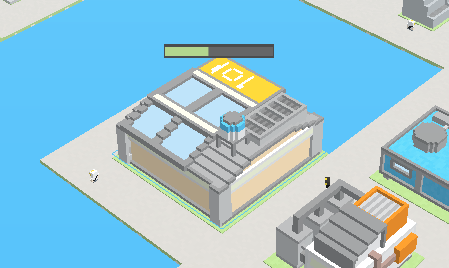 Progress Bars were actually a lot harder than they seem like they should be, since MC2 is rendered in 3D unlike MC1, each resource bar has to be an object in the 3D world. To save performance, there is only 1 resource bar object that gets reused as you mouse around the world, and a new texture is redrawn with every tick update.

There are some modding improvements too. Mod Shop downloads are now checked for updates automatically on game launch and are automatically kept updated in the background. Also, support for Total Conversion mods has been unbroken, and these types of mods should be working again, both through manual import and from the Mod Shop.

So these are the major changes in this update. There is also a laundry list of bug fixes that I will not bore you with.

The next update will have to focus on content again since I did a non-content update this time. Moving ahead, I am going to expand Gamepad support to cover the full game, and get full building mode working in the VR mode. I also want to add new play experiences to the Player Mode, so if you have suggestions, feel free to let me know. Other than that, thank you for playing the game, let me know what you want to see next, and stay tuned for more!