Today I am releasing My Colony 2 v0.24.0, which is live now on the Web and the Windows Store and should be hitting the mobile platforms over the coming days. There are a lot of changes in this update, but you will have to excuse me as I currently have the covid(!) and my head is just throbbing, so the release notes might be a little weak today, but I will try to cover it all here, so let's get into it! 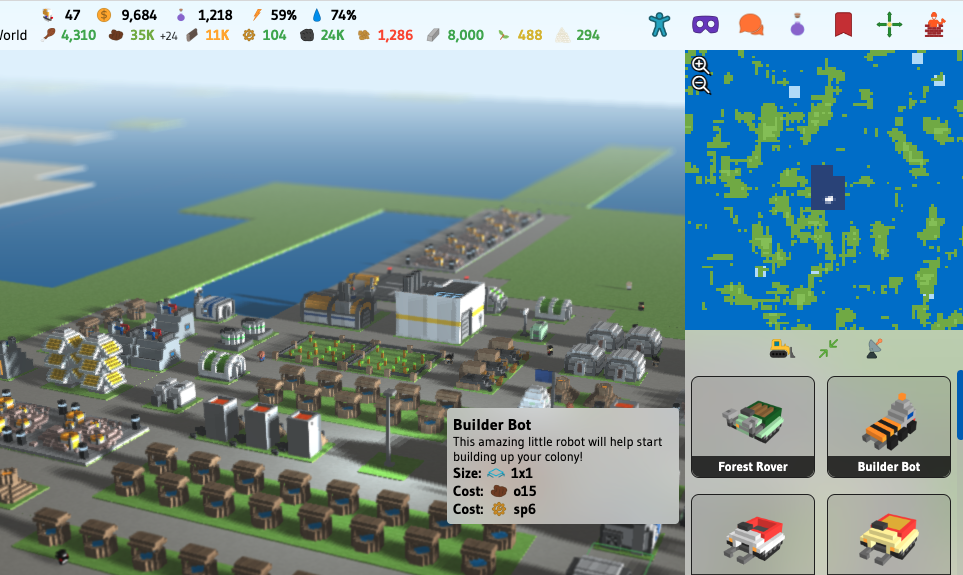 A lot of the changes in this release are engine and UI related. You will notice from the screenshot above that I have started to implement a radar on the sidebar!

Right now it can show the entire world in theory with infinite zoom, it also shows settlements on the map and you can click on the radar to move your camera. Eventually you will have to build radar facilities in order to use the radar, but I didn't get to that part, so enjoy the full visibility while it lasts.

I also added a new "mini" sidebar mode, the button for which you can see next to the bulldozer. 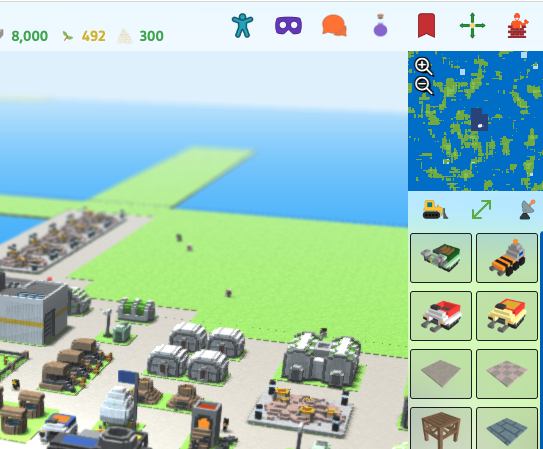 The mini/compact sidebar might be better on mobile devices, but I sort of like it better now on desktop too, so give it a try and see what you think!

You may also notice that the resource readout area has been updated to work more like what you would see in MC1. Not only are large numbers now abbreviated, but the amount numbers are now colored to indicate your storage level. In addition, clicking on the resource bar will now toggle from scrolling mode, show all mode, and show only low and falling resources.

There are a lot of engine optimizations under the hood in this update as well. The server code has been optimized significantly, particularly the path finder logic. In addition, initial game load times have again been cut down by quite a bit. I needed to make these changes, as displaying the radar actually causes a performance hit (which is why there is a radar on/off toggle), so be sure to disable the radar when you are not utilizing it, particularly on mobile (it might not make much of a difference on desktop).

Next up, mod creators now have the option to make a terrain "spreadable" (like the crystalline in MC1), and you can also now create structures that "morph" into a terrain object upon construction. To demonstrate this, I have added some new stuff. On worlds with trees, the two wood producing structures now also produce "tree saplings" that you can plant with the forest rover. These start as small trees and grow into full trees, which you can then harvest. This should help quite a but on the Water World, where it was easy to run out of trees early on.

I saw a suggestion that the Atmosphere Condenser needed an upgrade, so I have added the Nuclear Condenser which provides a whole lot more water. 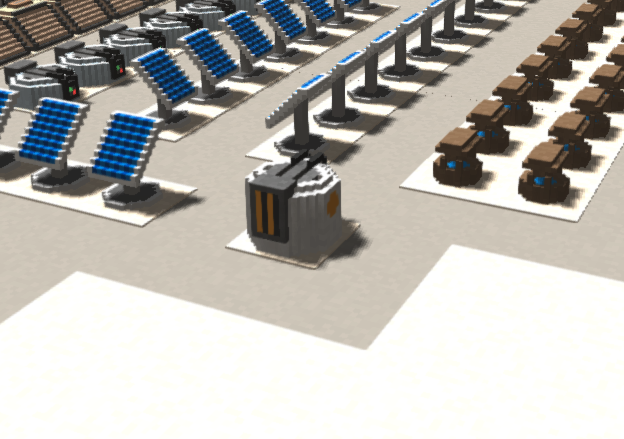 There is also a new Large Infirmary upgrade, for when you need a higher medical rating.

Finally, I have added the flying Construction Drone that you build at the Robot Factory. It can build the new Extra Large Living Quarters, which provides a whole lot of housing for your settlement!

I think there is probably more in this update but to be honest I am beat and about to go to bed! So try it out and let me know what you think, let me know what issues you find, and stay tuned for more!

bastecklein
Developer
Posts: 2954
873
0
4mo
#2
Oh I forgot to mention a couple of other things. Now, new games that are in Private mode will no longer automatically join the Global universe. Also, the chat messages of "xx has unlocked tech" and "xx has joined the game" will now automatically go away after a time (20 seconds i think)
Owner of Ape Apps, LLC

Architecture1134
Member
Posts: 150
9
0
4mo
#3
Bast, when will you add the spices to the game?
Best Regards, Architecture, King of Earth