Today I am putting the finishing touches on My Colony 2 v0.28.0 which should be hitting all platforms over the coming days. This update includes something new that @Architecture1134 has been pushing hard for weeks now, so let's take a look at what's included! 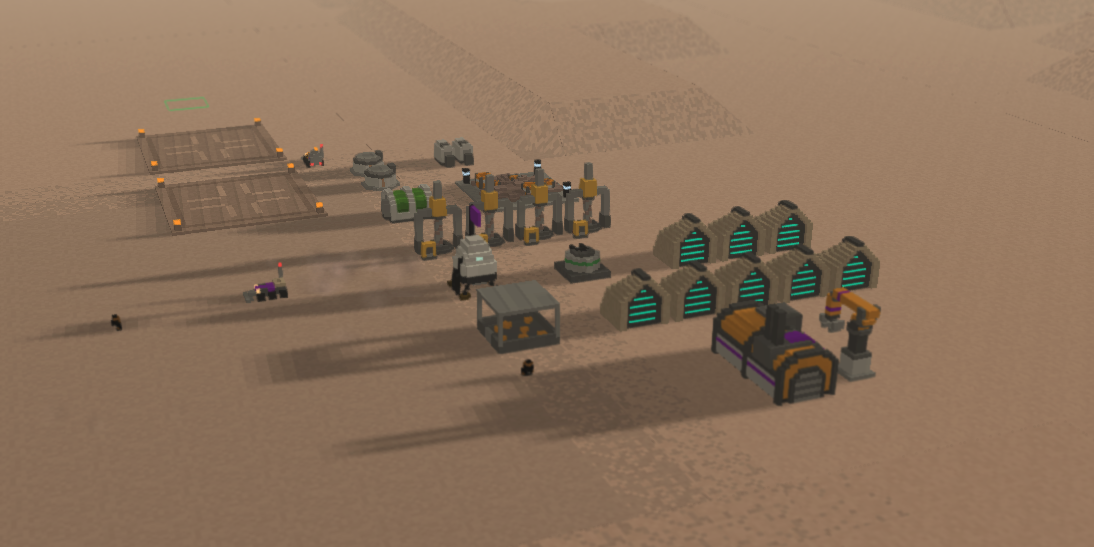 A couple of years ago now, Spice was added as a resource to My Starship, another title in the My Colony Universe, and now it makes it's way to My Colony 2 on the brand new Spice World map!

Spice World plays a little different from the other maps, as there are no surface resources whatsoever except for Spice. Spice is generated by Spice Veins which are scattered about the world and will continually produce more Spice deposits, so it is probably a good idea to found your first settlement near a Spice Vein.

From there, starting a settlement on a Spice World will be a long and slow process. You must fashion your initial structures out of Spare Parts which are slowly generated by your lander, and until you are able to build the Construction Yard, you will be spending some time waiting for Parts generation. The first structures you are able to build will be the new Spare Parts Bin (needed because the Lander only holds 4 Spare Parts) and the Basic Drill, a small simple drilling platform that will very slowly provide you with Ore.

While you are waiting for resources to generate, you can harvest some nearby spice with the new Spicebot. The Lander can hold 50, but you will eventually want to build a Spice Silo so you can store more Spice. Both Power and Water on Spice World are generated from the Dune inspired Wind Trap (since we are already on the Spice theme anyway), and you will need a lot of them as your settlement grows, until you are able to research and afford Nuclear Power.

Once you progress far enough in the game you will be able to harvest resources the old fashioned way using the Excavator, but until then, the new Supplies Field will provide you with a slow steady stream of Money, Ore, Gold, Aluminum and Uranium, in exchange for valuable Spice. 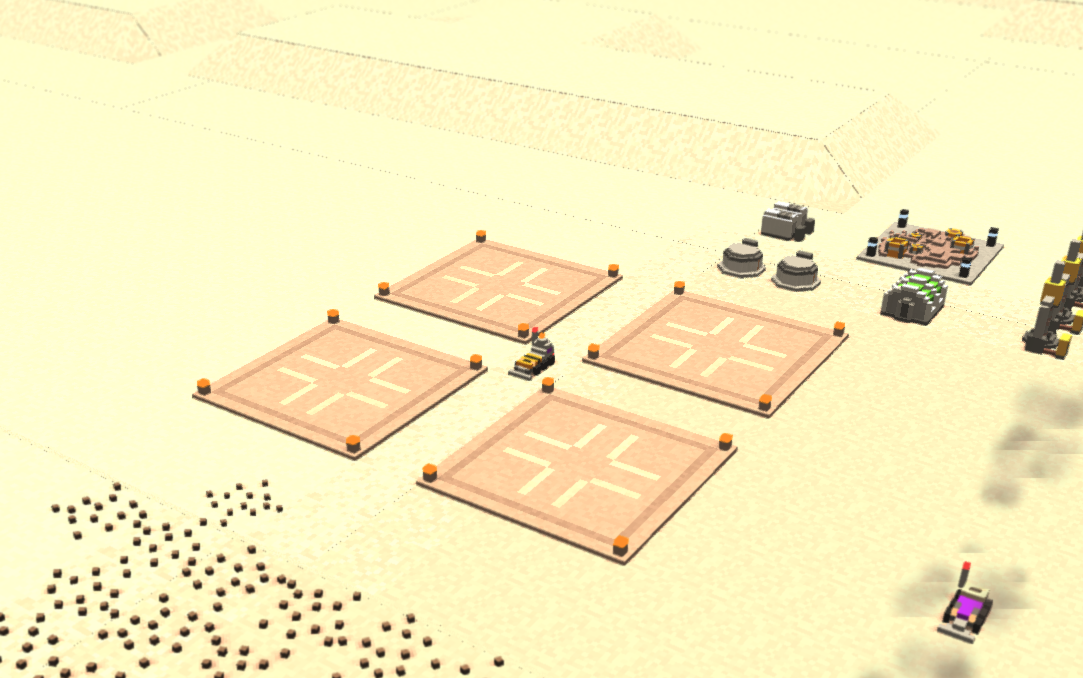 In the next update or two, I plan to implement a global unified server for My Colony 2, along with a new Galactic Board of Trade. At that point, you will be able to trade Spices off to other planets for profit. Until that time, Spice World is the only way to play with Spice. I will not be adding any sort of Spice Factory or other automatic Spice generation to the game, on this world or any other, so harvesting and GBT trade will be the only way to acquire Spice in the game.

Of course, Spice isn't the only new thing in this release. User @itsLiseczeq (aka cakedon) has created a new Regolith Extraction Plant which is now available on all Regolith using worlds, which was sorely needed after the changes introduced to resource consumption in the last MC2 update. 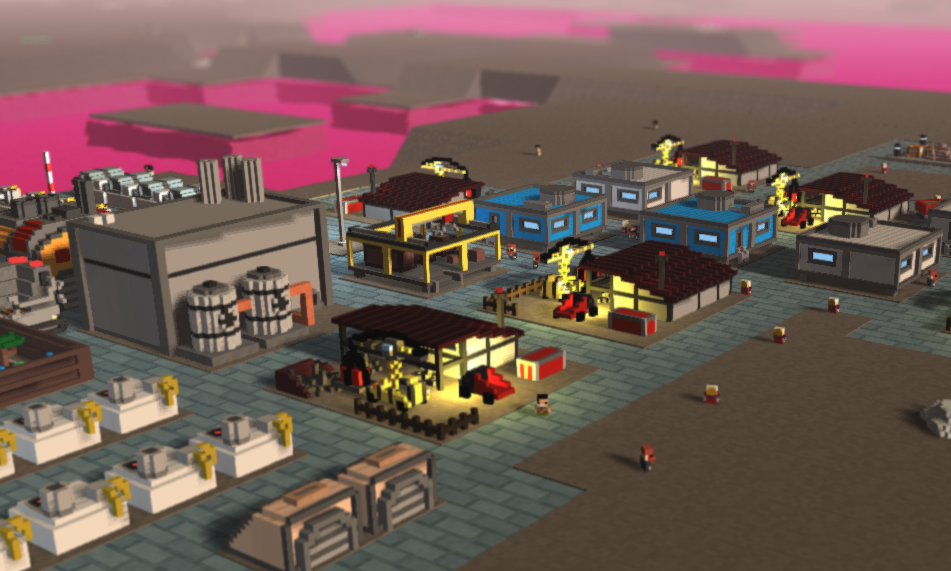 And finally for new content, if you were tired of building hundreds of greenhouse parks in order to slowly generate wood on non-atmosphere worlds, you are in luck, because the new Synthetic Wood Lab will generate wood a heck of a lot faster, as long as you can keep the factory fed with Oil and a bit of Charcoal. 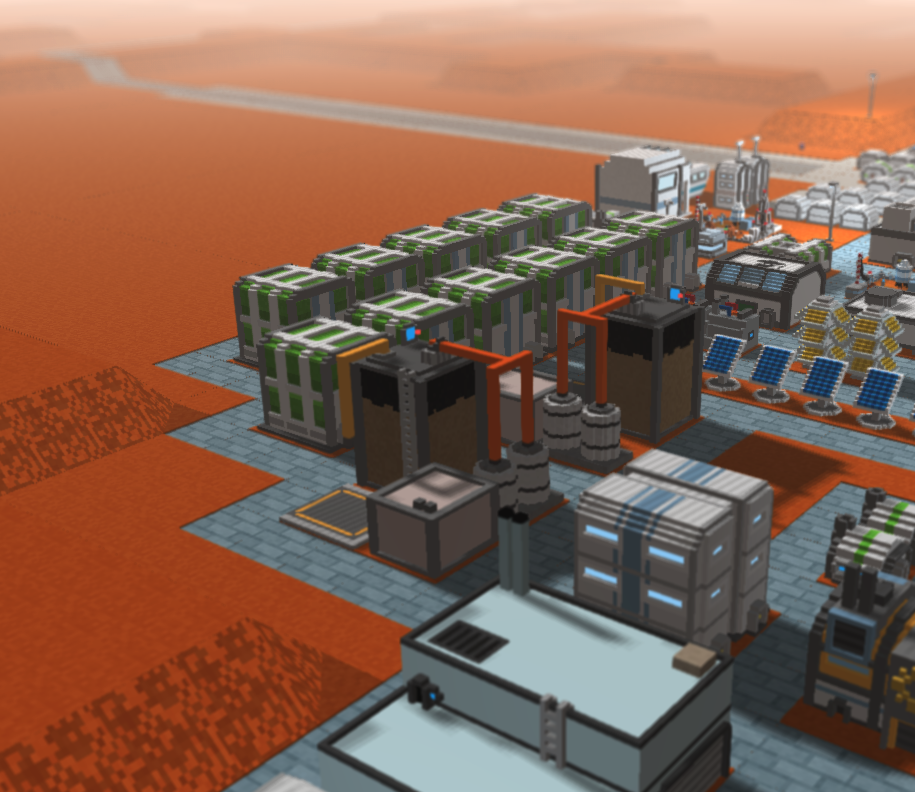 Beyond the new content, and as always, a handful of bug fixes and performance improvements are along for the ride in this release as well.

As I hinted to before, next on the agenda is going to be to create a new global My Colony 2 server, similar to what MC1 has (but expanded), and implement a new Galactic Board of Trade for the game. Of course the system is made a bit more complicated by the fact that the game allows for extensive modding, but it's nothing that cannot be overcome. And of course, content updates and fixes will always be included as well!

So that is it for this update to MC2. Let me know what you think! If you find issues with the new Spice content, let me know, since I'm sure it will need expanded/changed/rebalanced as well (as new content usually does). Until then, enjoy the game, and stay tuned for more!