Posts and pages on Ape Apps tagged with #hellandback
Hell and Back Updated to v2.0.0
Today I am releasing a new update to Hell and Back, bringing the game up to v2.0.0 and offering a bunch of UI and QoL improvements, as well as a move to a new URL, https://hell.ape-apps.com/! 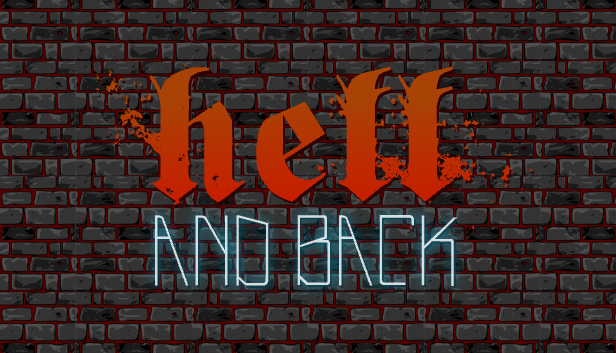 For those unaware, Hell and Back is my second Roguelike RPG (I guess it would be more of a rouge-lite, since you don't have to play with permadeath), build off of the Gone Rogue engine. It takes place on a Mars base that has been overrun by the forces of Hell (basically, the story of Doom, in roguelike form). You must save the base, along the way recruiting allies, collecting gear, leveling up, and doing all the things you would expect in a roguelike role playing game!

This update brings some long-requested and much needed improvements to the interface of the game, with new improvements in store for players on all device classes (touch, desktop, gamepad/tv). 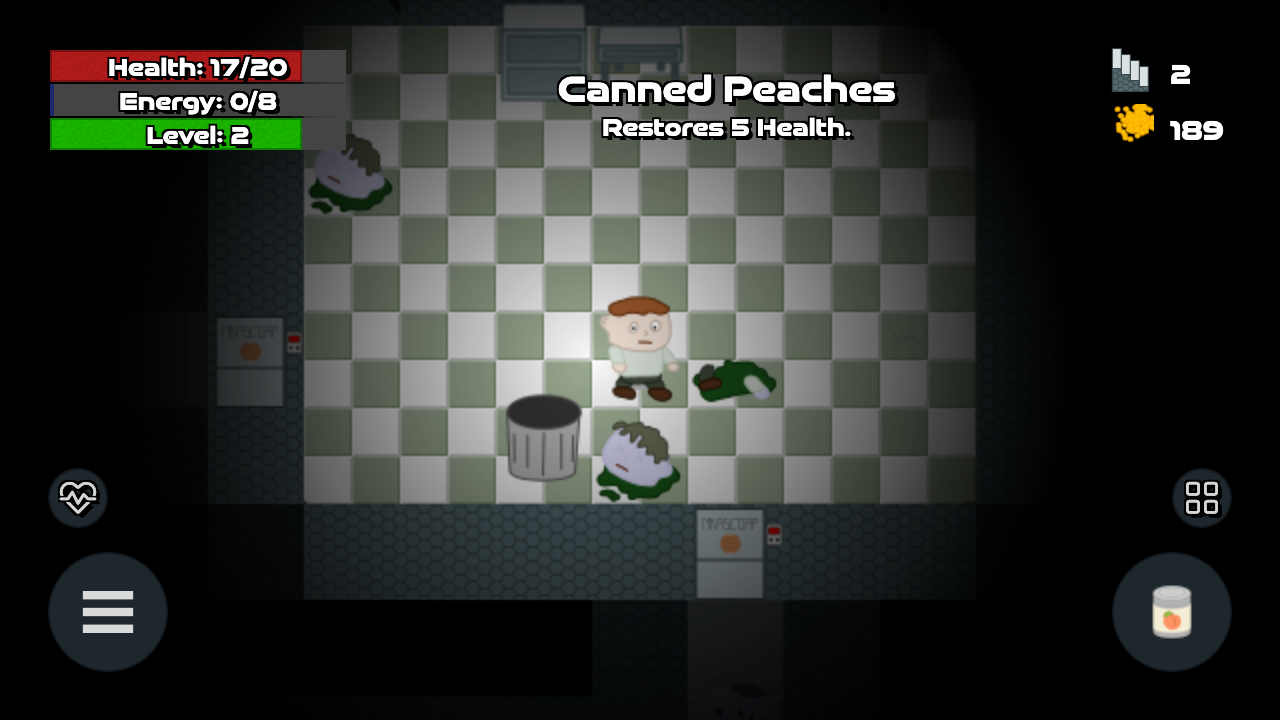 There are now dedicated Inventory and Player Stats buttons on the main UI (seen in the screenshot above), so you no longer need to go into the game menu to access these often-used windows. Small screen mobile devices are now able to play in either portrait or landscape orientation, with the UI adjusting to accommodate either play style. Mobile and Gamepad users will now be able to see detailed information on the HUD of items on the ground before picking them up, as well as enemy statistics during combat. Current active Quest details will also now appear on the main UI for mobile players, a feature previously only available on Desktop.

Desktop users should notice an improvement with Keyboard controls (online reference available here). There was a shortcoming before where the keyboard arrow keys were not working in menus, title screens, NPC dialog boxes, etc. This is all corrected now. By request, this update also supports player movement using "Vi Keys" (HJKL), which is common in some PC roguelike games.

As well, improvements have been made to the Gamepad controls for users on a TV device (or those just using a gamepad on any device). Over 80% of Hell and Back players are actually playing on Android TV devices, so improving the gamepad controls was critical.

The new update to Hell and Back is live now at the new URL, and can be installed to any device as a Progressive Web App (PWA) using a Chromium based browser (chrome, edge, etc). The update will also be hitting the Windows Store and other mobile app stores over the coming days.

In the next few weeks, I will also be porting the new engine changes over to Gone Rogue, so that both Rogue core games are using the latest version of the engine code.

Moving forward, I have not yet decided if I want to retire this Rogue engine in favor of a new one based on Scroll3D and some of the new RPG mechanics being built out for Level Up 2, or if I want to continue releasing new games based on this framework. I do think that this engine provides a great mobile roguelike experience that is quick to play and easy to use, and it's fairly easy to develop for. Something to think about at least!

In the mean time, give the new release of Hell and Back a try, and if you aren't against PWA's, go ahead and install it to your device today!

Dungeon Infinity is a 3d dungeon crawling adventure game. You start on a remote island that contains a dungeon entrance. You must then fight your way through a never ending series of dungeons, getting more difficult as you go. Along the way you will find new items and weapons to help you. All dungeons are generated on the fly, so that no two playthroughs are the same. Collect loot as you go and earn a place on the global high scores list based on the amount of loot you collect. Has elements of roguelike game play, RPG play, and first person shooter play. Dungeon Infinity is set in the Wizards and Dungeons universe.

Dungeon Infinity was created using the game engine from Death 3d, but with an added auto-map generator. Every level in the game is automatically created as you play, and now two playthroughs are alike.

So where did this game come from? Late last year I started creating a game called Wizards and Dungeons that was based off of the Death 3d engine but with RPG elements and an interactive story. I created a bunch of assets and sounds for the game, but the project ended up being so large and my time so limited, that I realized that there was no possible way I would be completing the game any time soon. So a few weeks ago, I got the idea to use the same assets and code I created for Wizards and Dungeons and merge them with the dungeon generator I wrote for Gone Rogue and Hell and Back. The result is Dungeon Infinity, which is essentially a 3d version of Gone Rogue, but with the RPG elements scaled back a bit.

Dungeon Infinity takes place in the same fictional Elmalad Empire universe that I penned out for Wizards and Dungeons, and if the latter game ever arrives, these two will be related story-wise. I actually have a lot of basic backstory and lore written out for this universe, but actually developing the games is another matter entirely!

Anyway, if you're looking for another free game to try out, check out Dungeon Infinity! It's also available on Ape Web Apps, for those who do not want to download a client: https://www.apewebapps.com/dungeon-infinity/ (it's on the Launcher too, of course).

bastecklein
2y ago
Can You Survive the Invasion From Hell?
Today I am pleased to announce a brand new RPG/Roguelike hybrid game available for all platforms - Hell and Back!

When a mad scientist opens a portal to hell on Mars Base, it's up to a lowly security guard (you) to descend down into the shores of hell, close the portal, and save humanity! Simple enough, right?

Hell and Back is a turn based role playing game developed in the roguelike genre. Levels contain a mixture of prebuilt and computer generated content, so that every playthrough of the game is unique. Along the way, you can accept quests for experience and gear, recruit mercenaries to join your team, upgrade weapons and armor using power cells, and more. As you progress you will find better loot and level up your character, assigning stat points and becoming more powerful. Which is good, because the enemies also become more varies and more powerful as you progress. Basically, Hell and Back contains everything you would expect in a good old fashioned RPG game.

Hell and Back was coded using an upgraded and improved version of the roguelike RPG engine that I developed for the game Gone Rogue. Improvements have been made in NPC quest generation, battle mechanics, game saving, lighting engine, item enchanting, dialog generation, and more. There are even new classes of in-world objects that the player can interact with, adding yet another dimension to this already feature-packed roguelike engine! In addition, unlike Gone Rogue, Hell and Back also has a story and associated lore, which is revealed to the player as you progress throughout the levels of the game.

You start out as a normal security guard on Mars Base when the power suddenly goes out. The next thing you know, the base is crawling with zombies! As you fight to survive in the base, you will descend down into the lower levels of the base where you will learn what happened to the crew. You will end up fighting your way through the deadly caverns under the base, before arriving on the very shores of hell itself. Finally, if you can survive all of that, you will end up in Hell Keep, Satan's personal fortress, and if you are lucky, you will defeat Satan himself and bring his decapitated head back to Mars Base as a trophy for your mantle!

Hell and Back is available now for free on most platforms, including Android, iOS, and Windows. You can find download links below, and also be sure to check out the official Hell and Back website for more news and info:
https://apps.ape-apps.com/hell-and-back/