Wubman said:Having each city being self sufficient simply isn't viable. Between the sheer size of the optimum efficiency layouts and the scale of resources they need to sustain them. It's simply not practical to have everything on the one map without making it too big, which defeats the purpose of having several small maps instead of one big map.

Take the Centre for artificial learning for instance, it would require a robots layout (which on its own takes a quarter of a small city map) and an alien microchip layout. The Robot layout also needs more microchips, and also aluminum. Aluminum generation means I now need to bring in the centre for relic studies layout (which my layout doesn't fit on a single small map length ways, although it can be modified), and then in order to even use workers in the relic studies you need to then make room for schools.

All of that space used to make a few layouts of what you originally wanted and then have to make another city doing the same even though you still have excess resources. Not trying to be a negative nancy here I just don't see having each district self sufficient as being a viable option in the late game.

Well from what you said, you are right that regions as they are right now might not work for your play style. I think the concept will be fun for a lot of people. To say though that the entire idea simply isn't viable just because it can't hold your Relic Studies layout which takes up more than an entire small map, I just do not agree with. But like I said, it might not be viable to your particular play style. But I think you would agree that over the vast majority of players, you are one of the exceptions rather than the norm.

I should note that it is not just small maps, there is also the medium sized map, although that might not help you either. And maybe self sufficient wasn't the right word, as it's not required that the maps are 100% self sufficient. But one thing that is not viable is having all maps running in the background at the same time all producing all of their resources. Just think of the sheer memory and processing power required for that.

Now, it is possible that resource growth/consumption for all maps in the region to be simulated at all times, sort of the way Colonists are now simulated once populations reach > 2000. It will not be 100% accurate as if the colony was actually open, but it can be based on the recent resource growth/consumption trends that occurred the last time that particular colony map was open. That way your factories on map A are still "running" even when you are on map B or C. And perhaps I can add something like that to the next update, if you think it would help your situation.

At the end of the day, the feature is still new, and much more can be changed/added as needed. I might not be able to tailor it exactly to your specific needs, but there will be ways to make it better to fit most peoples needs as good as possible.

Anyway, yes I will be improving it and making it better. No, it might not be the best play mode right now for huge farming operations. But I can see ways to where it can be made to fit that purpose also.
Owner of Ape Apps, LLC

Wubman
Member
Posts: 164
0
0
4y
#12
Fair enough. The game will still work fine, I was just worried that the districts would end up effectively being restarting a small map over and over using shared technology/atmosphere because of the self sufficient aspect just to generate a different resource that won't work if you aren't currently on that district. I'm just one person, I know that the game can't be tailor made for me lol. All I can do is express my concerns from a perspective of a very late game player.


bastecklein said:Now, it is possible that resource growth/consumption for all maps in the region to be simulated at all times, sort of the way Colonists are now simulated once populations reach > 2000. It will not be 100% accurate as if the colony was actually open, but it can be based on the recent resource growth/consumption trends that occurred the last time that particular colony map was open. That way your factories on map A are still "running" even when you are on map B or C. And perhaps I can add something like that to the next update, if you think it would help your situation.

That would be very helpful if that could be added in a future update. In regards to the map sizes, I'm nothing if not adaptable, if need be I can modify everything to fit within the smaller map sizes. I like a good challenge 😉 I really like the way this is heading and hope everything goes well 😄
Hello! I am a High Wizard from the Nations of OZ, come check out our discord server! https://discord.gg/qqCswpF

Amorphus
Member
Posts: 553
59
0
4y
#13
Hey Bast. would it be reasonable for the game to take a city's most recent resource production/consumption rates right before the player exits the city, and then use those to calculate how much resources should be produced/ consumed while the city is inactive? I mean, the production rates already take into account happiness and worker efficiency, so you wouldn't even have to take those numbers into account.

You could also reduce the rate by a percentage when the city is inactive to discourage idling in the region overview. This way your are only using a few loops and variables per resource instead of hundreds to thousands of worker rounds per resource. Like you said before, it wouldn't be entirely accurate and it definitely wouldn't be in real time, but it would ensure that the game is able to survive when the region is entirely full of cities and still simulate semi-accurate production/comsumption rates for every city. Of course, when the city is active, it would be accurate and real time.

Disregard this if you have found a better way, but I hope this helps. 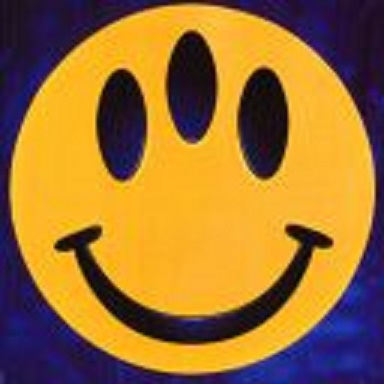 relaxrelax2
Member
Posts: 18
0
0
4y
#14
Will this be available to some degree to non-premium players? I am looking forward to it as a solution to the 7th times in a row reccuring problem of spending months on a game ending up totally stalled due to the colonists not willing to work and fire drills being of no use whatsoever after some more development...

eventually games would no longer load at all. All my games were fully lost. File size wouldn't explain it and using a backup older file and removing 99% of buildings and colonists would still end up unusable after a few days once the game is 'tainted'.

I am hoping regions would fix this horrondous bug, or the pathfinding update fixing the bug, but I am *NOT* willing to pay premium upfront to spend months on a colony only to watch it die from the same super-super-super frustrating bug all over again.

P.S.: people who experienced the need for fire drills and situations beyond the help of fire drill no matter what they do (including radical downsizing of everything, or education) please comment on the current status of the worker problem. I am willing to go premium if the problem is reasonnably fixed. I am not even starting a new colony if this problem isn't fixed even if premium was free.