bastecklein
Developer
Posts: 2709
634
0
6mo
#1
Today I am happy to announce a big new update to Epic Adventure - v0.12.0! My son has started playing a lot of Epic Adventure, and as such his demands for updates have become impossible to ignore, which in turn has placed Epic Adventure on a higher update priority than it has previously been, so expect a lot more from this game in the coming months. Until then though, let's take a look at all the changes in this release!

To start things off, crop farming has now arrived in Epic Adventure! Before, you could collect seeds from tall grass, and you could plow dirt with the hoe, but you just couldn't combine the two efforts into one. Now, you can plant those seeds in the dirt to produce a brand new entity - Wheat! 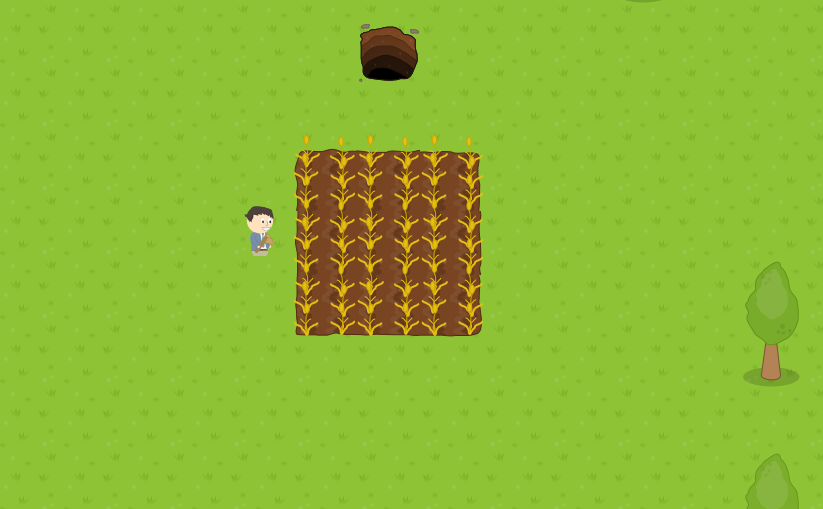 Once the wheat is ripe, you can harvest it, and using the crafting menu, six wheats can be converted into another new entity - Dough. Of course, what good is plain dough? Not very tasty. But wait, there has been a non-working object in the game from the very beginning, the furnace. Non-working until now, because the furnace is now fully operational, with the new furnace interface. Loading your furnace with the dough and a fuel source such as coal with convert your dough into another new entity, the delicious and edible Bread! 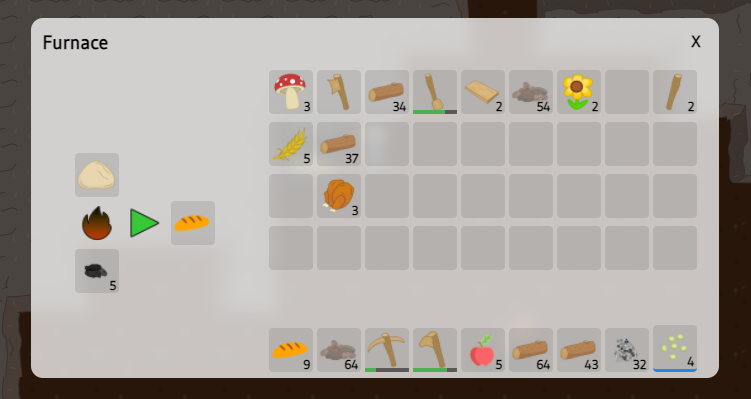 The last update to Epic Adventure added the first mob, Chickens, to the game, but you couldn't do anything with them. Sadly for the chickens, this has changed, as they can now be slaughtered using your weapon of choice. A few hits with an axe or pickaxe ought to do the trick. 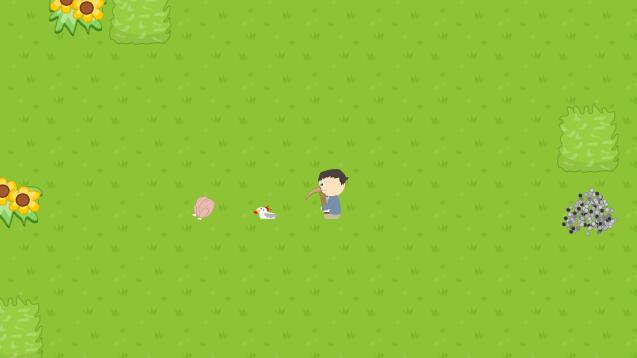 The Chickens currently are a little over powered for what they are, so you will need some sort of weapon to kill them, but they will eventually be nerfed a bit. Regardless, killing a chicken will provide the new entity Raw Chicken and also a random chance to get another new entity, the Feather. There is no practical use for the Feather yet, but the Raw Chicken can be thrown into the furnace to create Cooked Chicken, which provides a great boost to your health and energy.

Speaking of health and energy, Death and Respawning are now fully implemented into the game. Eventually you will be able to create a bed to set a new spawn point, but for now the spawn point is locked at chunk 0x0x0. When you die, your inventory will dump at the site of your death and you will have to return to your body to collect everything. Premium users have the option to respawn at their body if they want to. 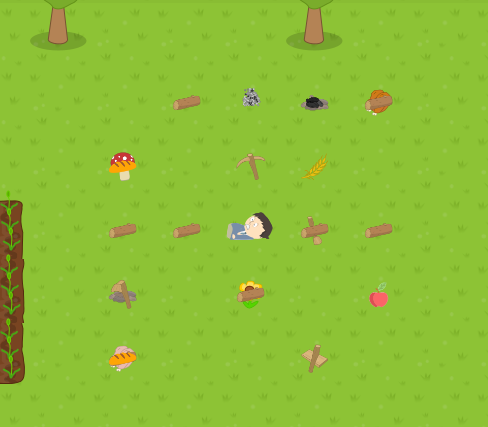 Going forward,, I plan on increasing the Epic Adventure update cycle from "whenever I feel like it" to once per month. A big part of creating a game is implementing all of the engine features, and once that is done, adding new content can go quick and easy, rapidly expanding the game. I am getting closer to the rapid content expansion phase, but there are still engine enhancements and changes I wish to implement first.

In a prior post, @Amorphus suggested the concept of rooms, towns, and limited visibility. For the most part, I agree with these concepts completely. Right now in the game, you can easily scroll around the map and see everything. I plan on changing the mechanics to something more resembling my game Gone Rogue, in which a player has a certain line of sight which is also blocked by walls and other obstacles. Additionally, caves and enclosed rooms are going to be dark, requiring torches in order see inside of them. I also plan on adding a day/night cycle to the overworld.

Farming needs to be expanded well beyond the current Wheat. There was a thread a while back with contributions from @Amorphus and @GeneralWadaling concerning Agriculture, and now that the basic engine mechanics of planting, harvesting, and cooking have been implemented, I plan on following many of the suggestions in that thread. Expect a lot more to come in the area of agriculture in the near future.

In this thread, @GeneralWadaling laid out a ton of suggestions regarding food and cooking, and many of these will be finding their way into the game shortly. Wadaling suggests a kitchen stove object, and I might implement that and change the furnace so that it just deals with smelting of metals (whenever I add metals to the game). I will also be adding the camp fire, which will allow cooking but will "burn out" after time.

v0.11.0 introduced engine capability for mobs (the chicken), and this update allows you to kill them. We also need mobs that fight back. Monsters, skeletons, bandits, etc. Look forward to all of these things. That's not all though, because Epic Adventure needs some dungeons to explore. My plan is to repurpose the dungeon generation routines I wrote for both Gone Rogue and Dungeon Infinity in order to have random dungeons to appear on the map that you can loot and explore. Dungeons will be filled with items, treasure, and monsters and will give the player the chance to kind more items, gear, and to gain experience and level up, which are two more concepts headed to the game.

There also needs to be a lot more biome types, including the introduction of Water. There is already a little bit of code in the engine to support water (including accelerated crop growth when near water), but there is no actual water in the game. This will be changing. You will also be able to build ditches/trenches to move water from one location to another.

One thing that really bothers me about Epic Adventure is how only one chunk of the world is rendered at a time and you cannot manipulate objects in nearby chunks. I plan to make the world more seamless (like how it works in My Colony 2) to where the entire world feels like one continuous thing instead of something broken up into chunks.

Anyway, I have a lot of plans for Epic Adventure and I think that things are going to start happening a lot faster in this game now going forward. If you have suggestions on things you would like to see, feel free to let me know here in the forum, and let me know what bugs you find too. Beyond that, thanks for playing Epic Adventure and stay tuned because a whole lot more is on the way!

And if you haven't tried Epic Adventure yet, you can play in on the Web, through the Ape Apps Launcher, or find it on various app stores.