bastecklein
Developer
Posts: 2891
769
0
4mo
#1
I know it's been a long time since the last MC2 update, but the wait for v0.19.0 is almost over. This is a major update to the game, with tons of new content and changes under the hood, but one of the biggest changes is the complete overhaul to how Mods are handled. In addition to the new Mod Shop which will also be arriving soon, there is now a new interface to change the game data for your save files, either before you create a new game, or even after the game has already been created (meaning you can now add/change/update/remove mods to/from existing game saves). 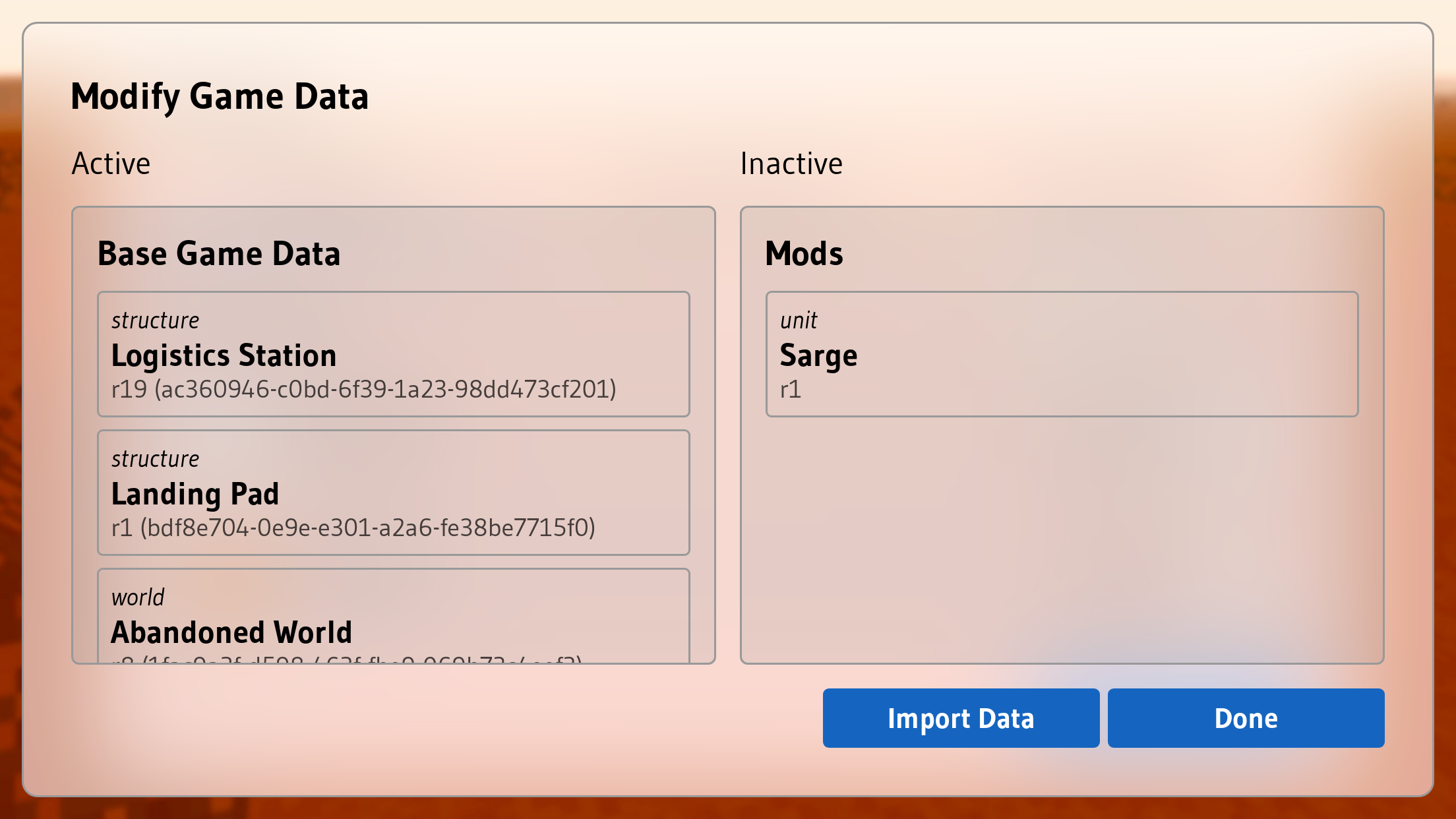 The new interface couldn't be easier to use. In one column you have all of the game data that is active in your save, and in the other column you have all of the data that is available to be added, along with a button to import a c2d file into your game. You can even remove items from the base packaged game if you want, for example if you just hate the Advanced Ore Refinery for some reason, you can simply remove it from your game!

Total Conversion mods are now handled differently as well. You can still activate a mod from the title screen as before, but now if you have one or more Total Conversion mods installed to your game directory, you will be presented with a game selection screen when you launch My Colony 2, allowing you to choose which game you want to play. From there, only save files for your selected game will show up in your saved games listing, so as to keep everything more organized. This will be an extremely handy feature in the months to come, as a more diverse set of mods become available from the Mod Shop.

My Colony 2 v0.19.0 probably represents the most time in terms of hours I have put into a single update, and the changes behind the scenes are fairly large, so I hope it doesn't end up breaking a bunch of games :-/ I guess we will all find out soon enough though! I expect to finally be done with this update by early next week, probably Monday or Tuesday, so stay tuned for more!
Owner of Ape Apps, LLC

spamdude
Member
Posts: 80
34
0
4mo
#2
Time for amogus mod.
One question: say, if you remove a structure/unit from the game that you've already built, does it get removed from the save file physically or will it persist if the structure is added back?

bastecklein
Developer
Posts: 2891
769
0
4mo
#3
It will be destroyed/removed from the game
Owner of Ape Apps, LLC