I know that many players have been patiently waiting for the next My Colony 2 update, but now the way is finally over as MC2 has just been updated to v0.31.0, and along with the usual bug fixes, this update brings with it a massive new content dump! So what all is inside? Let's take a look! 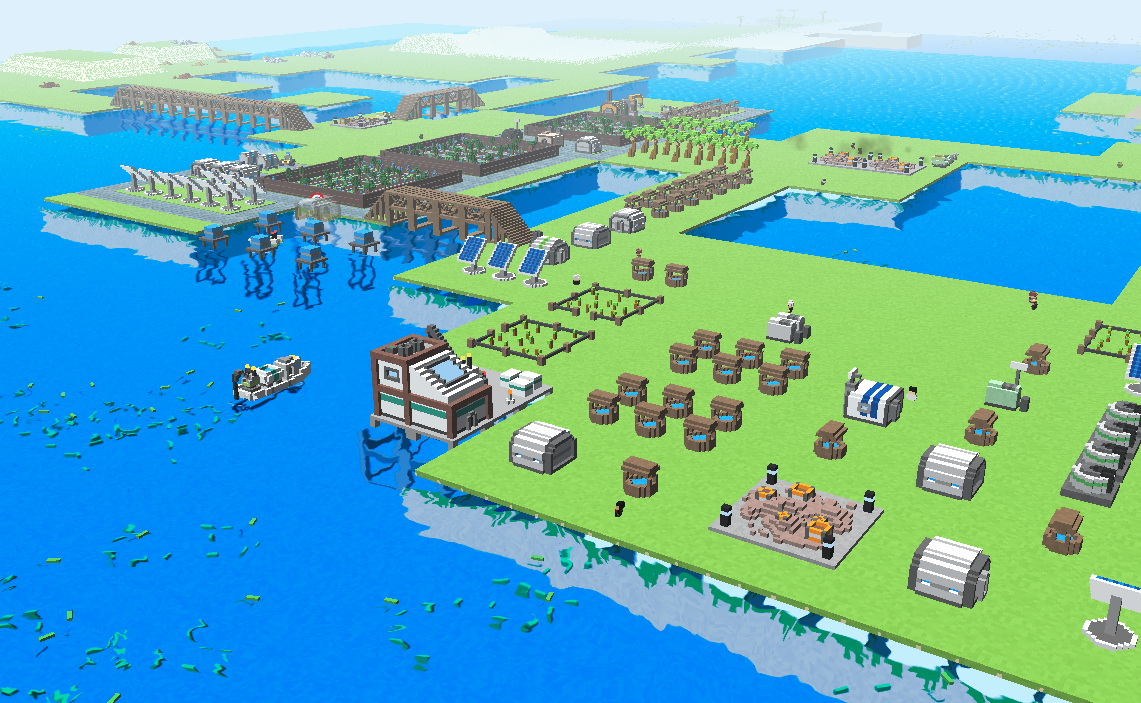 If you look at the screenshot above and think that something seems a bit fishy, then you would be correct. This update adds fish as a new resource, and you will now see them swimming around in the oceans on the Water World map! Fish are technically a Terrain type object in the game engine much like Ore and Gold deposits, except this is the first terrain class that can be generated in the water. The object also rotates in a circle, to give the appearance that the fish are swimming. They will spread too, similar to synthetic crystalline (although at a slower rate). The oceans on Water World are so overflowing with fish, that I doubt anybody will ever run out.

To go along with the new fish resource are the also-new Fish Dropoff structure and the Trawler unit, which are available pretty early on in the game and made with models provided by @spamdude . The Fish Dropoff can store 2500 Fish and also converts some of it into food, but once you unlock Salt Water production, you can also build the shore based Refrigerated Fish Bins for additional Fish storage. In addition to the new content, the existing Fish Hatchery gains fish storage and slight generation.

Moving on, there was a massive dump of community submitted MC2 models on the Official Discord Server recently, with contributions coming in from @spamdude , @SPARKY0303 and @DoYouHaveAnyOats , so please take a moment to thank these three users for their contributions to the game! In the screenshot below, you can see many of the new structures. 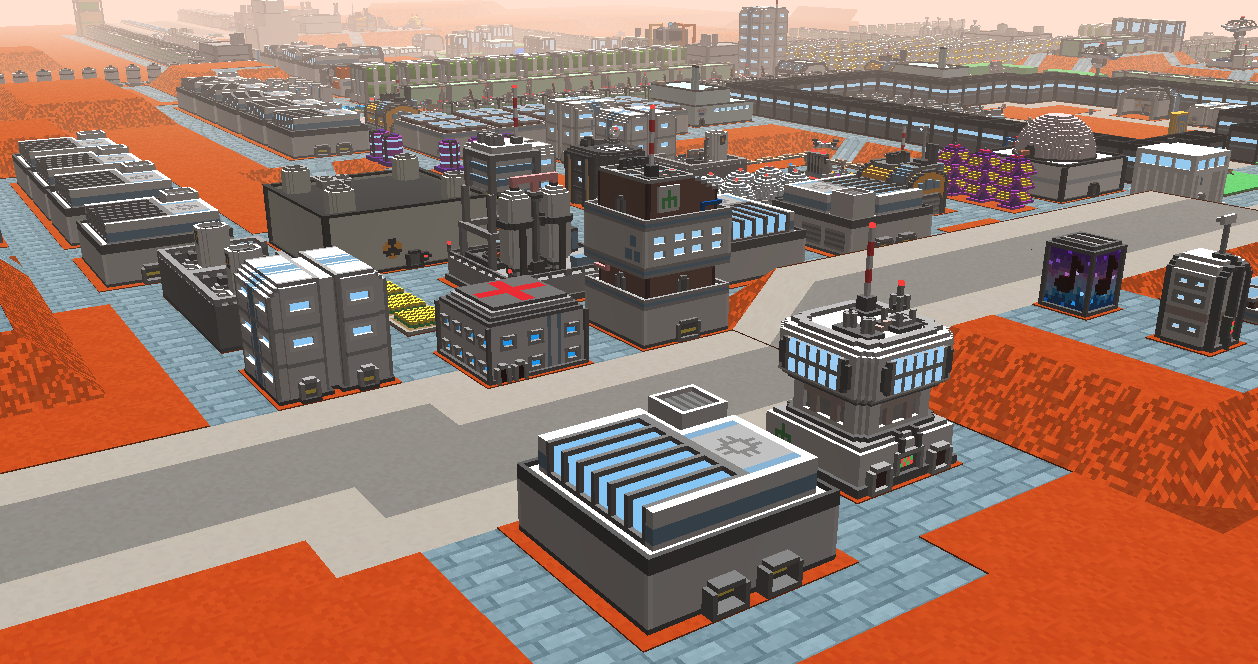 New buildings provided by @SPARKY0303 are the Hospital, the Virtual Music Experience and the Integrated Nuclear Reactor. The Hospital was a much needed upgrade to the two infirmary structures which were increasingly unable to keep up with the medical demands of larger colonies. The Virtual Music Experience adds a new semi-early game entertainment structure for your colonists (which also generates some money) and the Integrated Nuclear Reactor is another much needed structure, providing a power boosting upgrade to the existing Small Nuclear Reactor.

The new Advanced Drilling Platform might just be everyone's new favorite structure. Currently the most expensive building in the game and requiring the new Ultra Deep Excavation tech, the Advanced Drilling Platform consumes Helium 3 (as well as a fair amount of Power, Water and Bandwidth) while producing Ore, Regolith, Gold, Aluminum, Oil, Salt Water, the new Clay resource, and even a few Alien Artifacts! Clearly you are going to need to get your hands on some Helium 3 in order to operate this thing, but you can either find it in the Galactic Board of Trade, or the new Integrated Nuclear Reactor also produces enough Helium 3 to operate one Advanced Drilling Platform. I have also added a new Helium 3 Tank to the game, since it is clear that more He3 storage will be needed going forward.

From @DoYouHaveAnyOats we have three new structures, the Elementary School, High School and the nonsense Fish 'R Us building. 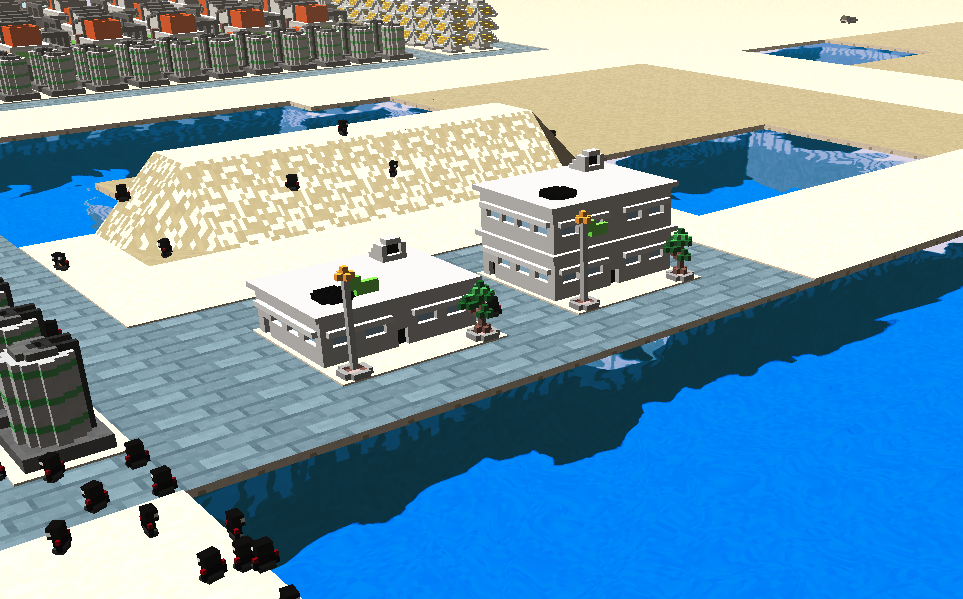 The two school models to me looked like they required an Atmospheric environment, so they are only available on worlds which would have an atmosphere. They both sit below the current Vocational Training Center in terms of education output, but are good early game education structures. The Fish R Us is similar in mechanics to the existing Canteen, except it utilizes Fish instead of Rum. I'm not going to post a picture of it here, you just have to see it in-game.

There are a few other new structures to arrive in this update as well. The new Ancient Alien Quantum Physics tech unlocks two new Alien structures, the Alien Solar Tower and the Quantum Food Silo, which both represent much needed Alien upgrades to existing structures. Climate Science Theory tech has also been added to the game, and unlocking it will allow you to build the new Nuclear Water Synthesis Plant, which I felt was needed particularly on the Lunar and Abandoned Worlds. 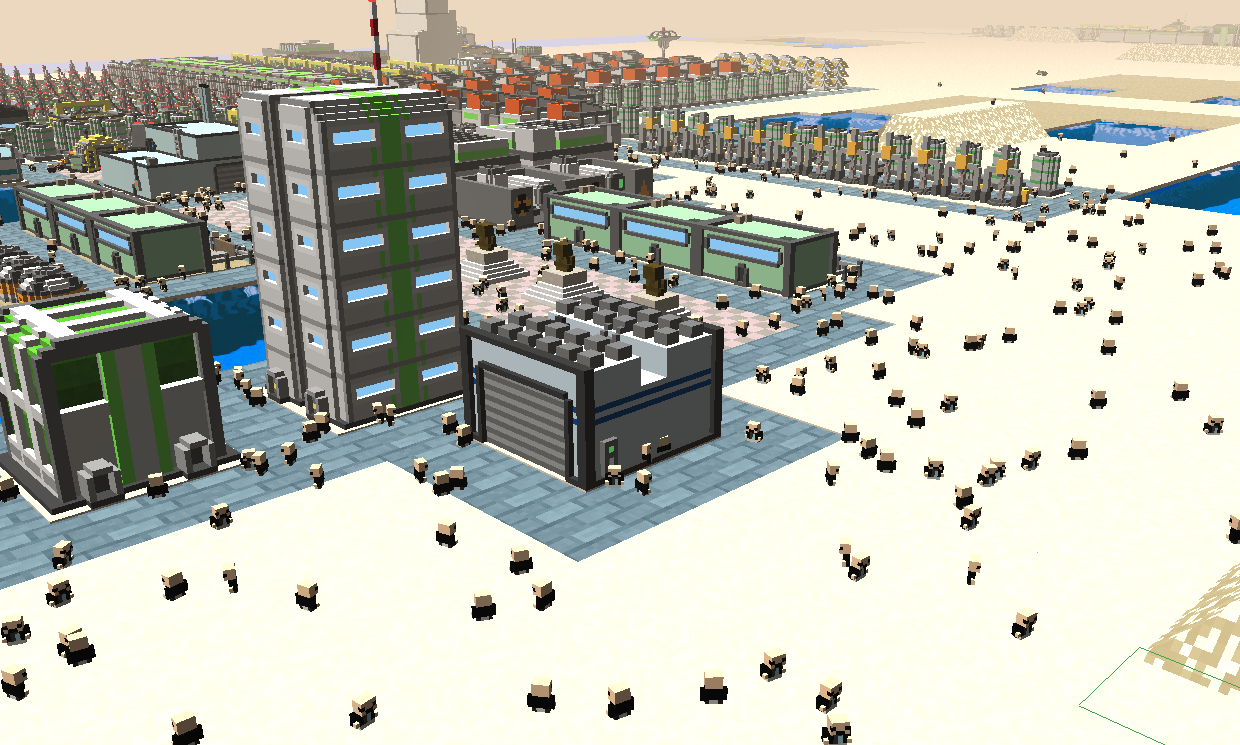 On top of all of the new content, some tweaks have been made to some of the existing items in the game. I have increased the charcoal output of the Charcoal Factory, slightly reduced the rum consumption of the Canteen, increased the spice and ether storage on the Lander, added a small amount of Helium 3 and Salt Water storage to the Lander, and added several new upgrade paths for existing structures to take advantage of the new content.

There are also some technical changes and fixes. Firstly, I corrected an issue where players who were not logged in to an Ape Apps Account were unable to play the game. I fixed a bug where MC2 was unable to load using the new Ape Apps Launcher. Structures can now be placed directly over Terrain objects, doing so will automatically bulldoze the terrains underneath. I corrected several technical issues with the Galactic Board of Trade. Fixed a bug where you could no longer properly build Palm Trees or Synthetic Crystalline deposits. There were also several minor fixes and UI tweaks made to the game.

All in all, this update includes 1 new Terrain object, 3 new Techs, 2 new Resources, 1 new Unit, and 16 new Structures. I want to thank everyone who contributed content to this release (as well as bug reports and suggestions), and I hope that you all take a moment to show them some gratitude as well! This update took a bit longer than normal, but I think you will find that it was worth the wait. It should be available to play right now on the Launcher and on the Web, and should be hitting Android and iPhone over the coming days, so let me know what you think, let me know what issues you find, and stay tuned for more!

colbya
Member
Posts: 1102
29
0
1mo
#3
well looks like the bots now build correctly . but if you destro a drop off point while miners are using it they stop mining and must be destroyed and new ones built to get them working again . ps i have not tried logingout and in though that may fix it as it does with mc 1