phyrexfirestorm
Member
Posts: 18
13
0
1y
#1
Here's a mod I have been working on for the past few days! Progress is a little slow, but I regularly update the files as more gets added, so be sure to check back to see what all has changed!


First off, here is the SN11 lander, for those interested in using it. This is the flying bit of it. 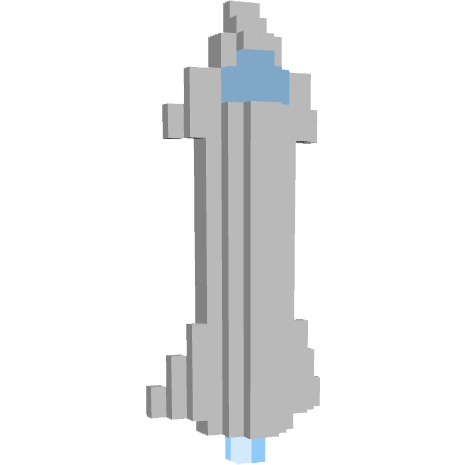 And this is the Starbase it becomes once landed. 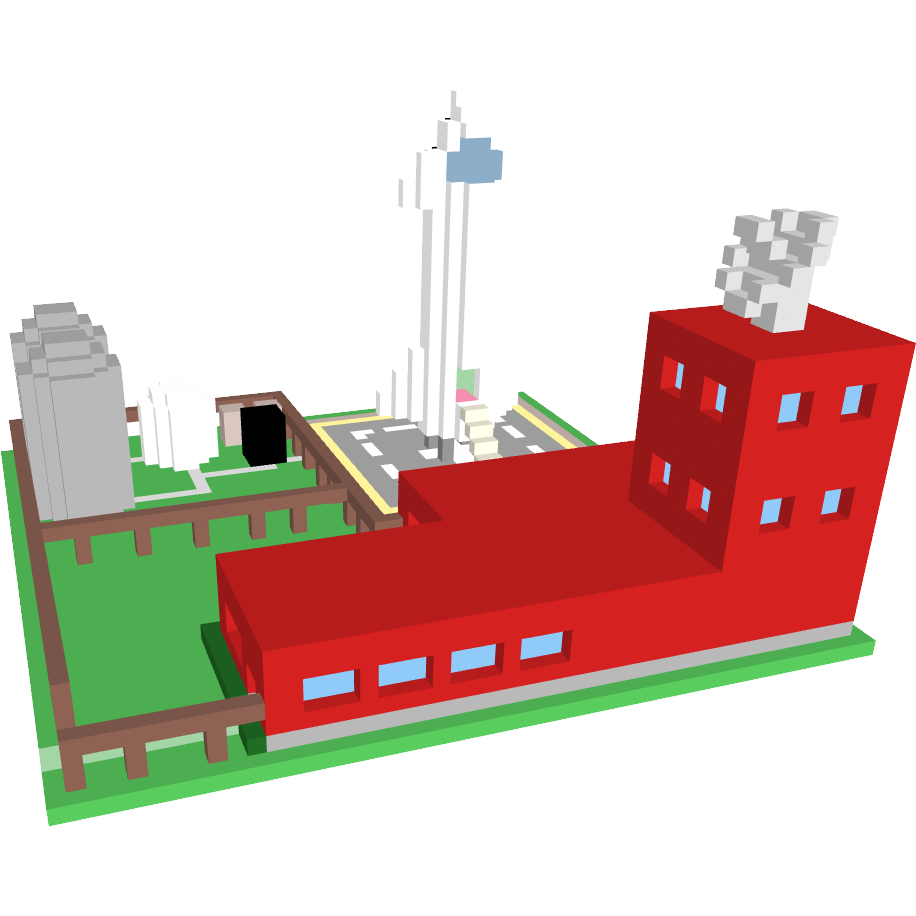 Here is the object pack, for those interested in just the objects.

And finally, here is the mod itself!

Again, I will regularly update this as I go along, so be sure to keep an eye on this to get the latest bits and bobs! Feedback is also appreciated, so if you find something to be wrong, please let me know!

3-25-2021:
-wild foods have been removed from the map. It was causing some problems with the drones.
-Food resource is now a utility
-water is now a utility
-drones now fly in correct orientation
-SN11 now flies in the correct orientation
-starbase updated to reflect change to SN11
-Power, Air, Trash, and Red tape (government) are now utilities
-aluminum production adjusted. It is now 50 per tick
-Pavement and crosswalks were added.
-Added Municipal Court for Red Tape
-Added Oil Refinery
-Added Steelworks
-Added Solar Farm
-Updated Log yard to Lumber yard. Now produces wood pulp and lumber.
-Added Sulfur refinery. Produces sulfur, methane, and propane.
-Added Salt Hut
-Added Atmospheric Separator. Produces Hydrogen, Oxygen, and Nitrogen.
-Removed cotton as a resource. It was redundant.
-Removed Cars resource. It is unable to be implemented, and seemed like a cool idea at the time. It was not.
-Removed Aircraft resource. Same reason as the cars resource, though it COULD have been implemented.
-Fixed minor grammatical errors in item descriptions and tidied them up.
-Added Lumber as a used resource for a few old buildings.
-Removed net cap as a resource. It is now a utility.
-Recompiled all models to fix latency. Apparently I had missed a few last time, and it was causing performance issues. This should no longer be a problem. Thank you @bastecklein for the help on that.
-Pavement and crosswalks are now passable, meaning they no longer block off your buildings.
-Fixed a bug with the lumber yard preventing it from generating lumber.

bastecklein
Developer
Posts: 2891
769
0
1y
#3
@phyrexfirestorm I noticed a bit of lag when building your models in the mod, like the Starbase. I think it can be eliminated by using the Precompile Model option when you export your models from Voxel Paint. 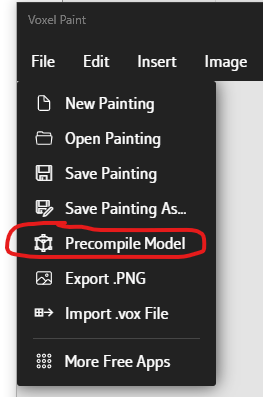 phyrexfirestorm
Member
Posts: 18
13
0
1y
#4
Unfortunately, they are already precompiled. It seems to happen only the first time you use the buildings, though. I even hollowed most of the models out, but it doesn't appear to fix it.
The bright side is that it only appears to do it when the starbase is deployed, from what I have seen. I can keep plinking around on it to see what can be done, but I cannot make any promises. 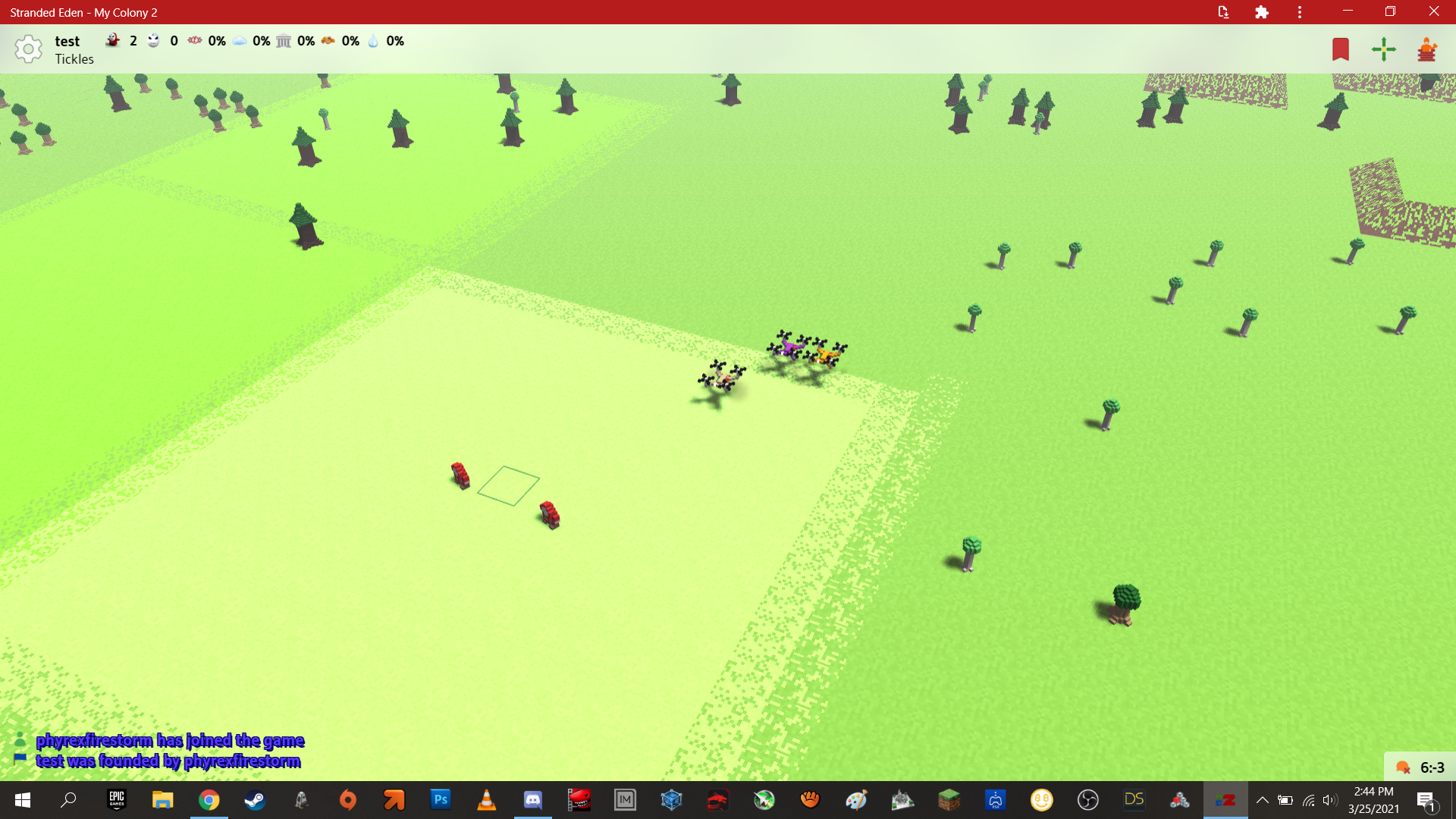 This would occasionally happen beforehand, but never to this degree.

Problem fixed: I had a resource assigned to the base that no longer exists. Take that away, and it seems to load all the time. And apparently, i had not recompiled the base after fixing the SN11 rotation. Thank you for the reminder. I'll take an hour or two to recompile everything and re-upload them to the game.

bastecklein
Developer
Posts: 2891
769
0
1y
#6
No problem @phyrexfirestorm , I am loving how your mod is so different from the base game. Can't wait to see all of the things people come up with!
Owner of Ape Apps, LLC

phyrexfirestorm
Member
Posts: 18
13
0
1y
#7
Thanks! Something I'd like to bring up about this process though:

When you update the editor while it is being used on the web client, you can cause users to lose all the data they just put in. Luckily, I can grab the last update from here, but it is definitely something worth noting.

phyrexfirestorm
Member
Posts: 18
13
0
1y
#8
@bastecklein Hey, the ape apps launcher has stopped showing anything, regardless of the client you wish to use. I have attached a picture to show you what I mean. 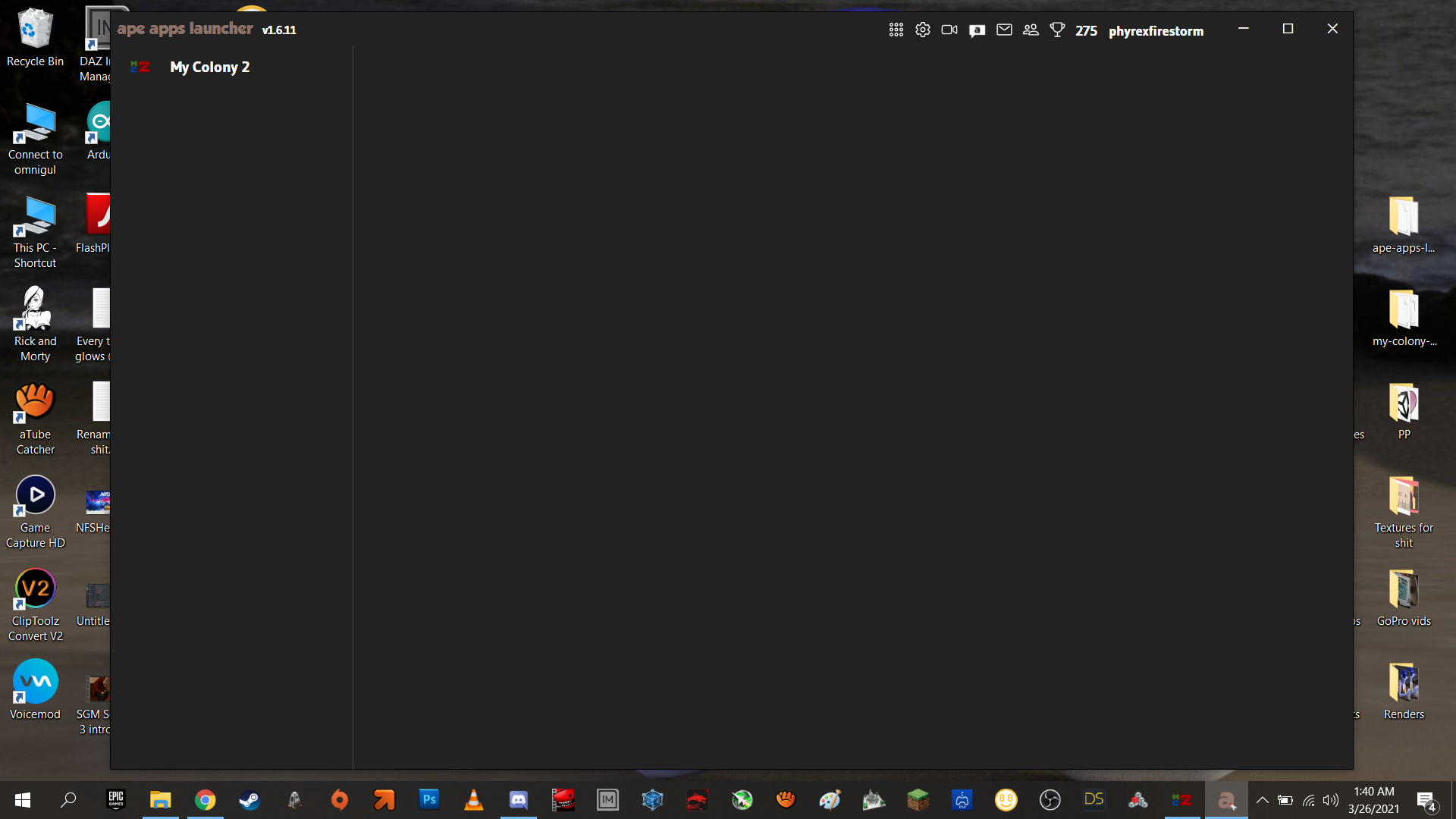 Not sure what happened, but I will do a full reboot to see if it is just my end or what.

That all aside, I have noticed that the export function in the editor no longer wants to work. It can be forced if i try to export it out of fullscreen, then enter fullscreen, try to export again, then exit fullscreen. That is the ONLY way i can get the export dialogue to pop up. It's also something I want to make sure isn't just on my end, and I will let you know how it plays out.

On a bright note, I like what you are adding to the editor. Keep it up, man.

EDIT: I see an update indication, so hopefully it is just that. Once done, I will check everything.

bastecklein
Developer
Posts: 2891
769
0
1y
#9
@phyrexfirestorm it seems one of my servers was down last night which was causing the launcher and other issues, it should be good today.

That said I am going to split MC2 development into two channels and not touch the weekly snapshot release until next week's update is posted, so that nothing changes on the "stable" channel during the course of the week.
Owner of Ape Apps, LLC