My Colony (the original) has just been updated to v1.19.0, and the latest patch should be hitting all platforms over the coming days. This release replaces the Import/Export slider dialog with a text entry dialog so that you can easily enter the exact amount of a resource that you can import or export. It also fixes an issue that was preventing the NetSchool from working properly.

There have been requests for new content/buildings to be added to My Colony 1 lately. Now that My Colony 2 is out, I am not actively working on new MC1 content anymore, but I am always open for community submissions. You can provide the graphics asset for the structure you would like to see added as well as a description of the building stats (what it does, what it converts, worker requirements, and so on) and if I think it is appropriate I will add it to the game. You can find information related to MC1 texture editing on the Texture Mods forum.

Ikacprzak042
Member
Posts: 33
2
0
1mo
#4
So all I really need is better population control, maybe an early dpeort option and limit the population based on amount of housing available 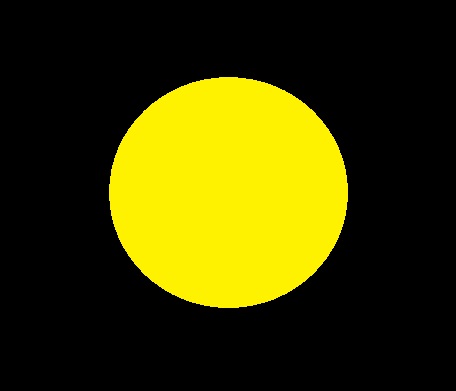 save & backup are an issue.
either with launcher or progressive web app with large regions.
can you fix launcher so backup could save backup file on local drive?

cloud sync is really a problem for a number of players & backups could solve it.

my region wont open with web app, & with launcher backups dont work, so im on mercy of cloud sync

Here is the issue, Regions are not a single file, but a collection or files, consisting of your main overall region, and then a file for each individual city. If CloudSync was disabled when the region was created, then all of the individual cities are only saved on the device they were started on. Which is probably why they will not open for you on the Web App.

To get them to sync, you need to have Cloud Sync on, and then open each individual region city on the device where they are saved.

The same goes for the backup. You can backup an entire region from the Load Colony window (the window does not show up on mobile, but does on a large screen device), but it only works if all of the region cities are available on the device you are trying to backup from. 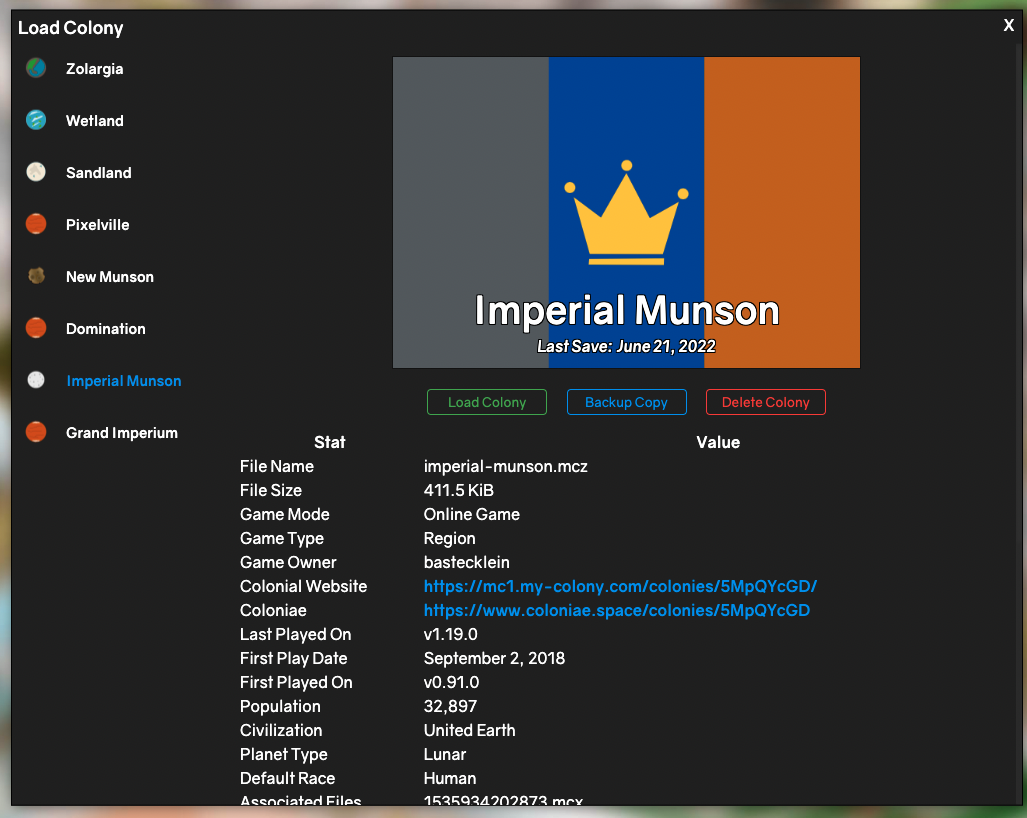 Backup for Regions I am pretty sure is working on the PWA. I will check the Launcher, but I don't see why it would be different there. You select your region from the Load Colony window and click the blue Backup Colony button in the middle.

But again like I said, the entire problem is the fact that Regions are broken up into many files, and if they are not all located on the same device, then it's not going to work.

The entire Region system is something of a mess on MC1 for players who use multiple devices, which I realize, and was the reason why MC2 was designed in a completely different way. Regions were sort of shoehorned in long after the base game mechanics of MC1 were created. There is not exactly a "clean" way to fix it without a major overhaul or ruining a bunch of existing game saves.
Owner of Ape Apps, LLC

i forgot where i posted this, i apologize

thank you for a detailed answer.

single city & smaller region i can run from chrome (i guess thats pwa?)
backup here works, so there is no problem.

now, big region i cannot open with pwa.
i tried, but when i try to load colony filename.mcz
message pops up:
game filename.mcz cannot be found on your system or on cloud sync

cloud sync is on

with ape launcher, game loads. i dunno from where, but it loads, fast & without errors

when i go to game data & backup copy
game starts generating backup, goes through all the cities in the region
(backing up city#xx .... ) & thats it.
nothing happens