I have started putting together an early concept for a new game I have been thinking about for a few years now called My Starship, which is loosely modeled on an old Android game I used to play called Star Traders RPG. In My Starship, you captain a ship and must make money by conducting favorable trades between colonies and by going on missions for the various planetary governments. The game map, planets, missions, and interplanetary relations are all procedurally generated, and no two playthroughs will ever be the same. You can find up to date download links at the following address, or try the game on the Ape Apps Launcher.

The game is currently in a very early beta state, and as of yet, there is still not much to do. The purpose of this thread is to take comments and suggestions of things to add to the game. I will also keep this post updated with my current plans/to-do/progress list. I want to say up front though, that there are no plans to tie My Starship in to the My Colony server. I have decided that this would be better off as a stand-alone game.

The purpose of this early beta is to get feedback and suggestions on where to take the game, and also to guage interest so I can know how much time to put into development. The beta will be available for testing on Web, Android, Desktop, and Windows 10 at first, with an iOS release coming once the game is further along.

Current To-Do List (in no particular order): So here you can see my basic idea, what I am/will be working on, and the general direction I see for this concept as of right now. Everything is subject to change based on player feedback. I am basically working on this game because it is something that I personally want to play. The purpose of releasing the concept is to see whether or not others want to play something like this as well, which will determine how much time and effort I want to put into the idea. This is similar to the approach I used when creating My Colony, and as a whole, I think that it turned out alright.

So anyway, this thread is the place for all things My Starship related, as of right now. I will be embedding a link to the thread from within the game, and will be keeping the top post updated as I make progress and updates to the game. If the idea gains any users or traction, I will upgrade it to it's own forum section, but it is really not necessary at the moment. I plan on working on the game every week or so, or whenever I have time. That will increase or decrease based on the reception (or lack thereof) of the concept. Enjoy! 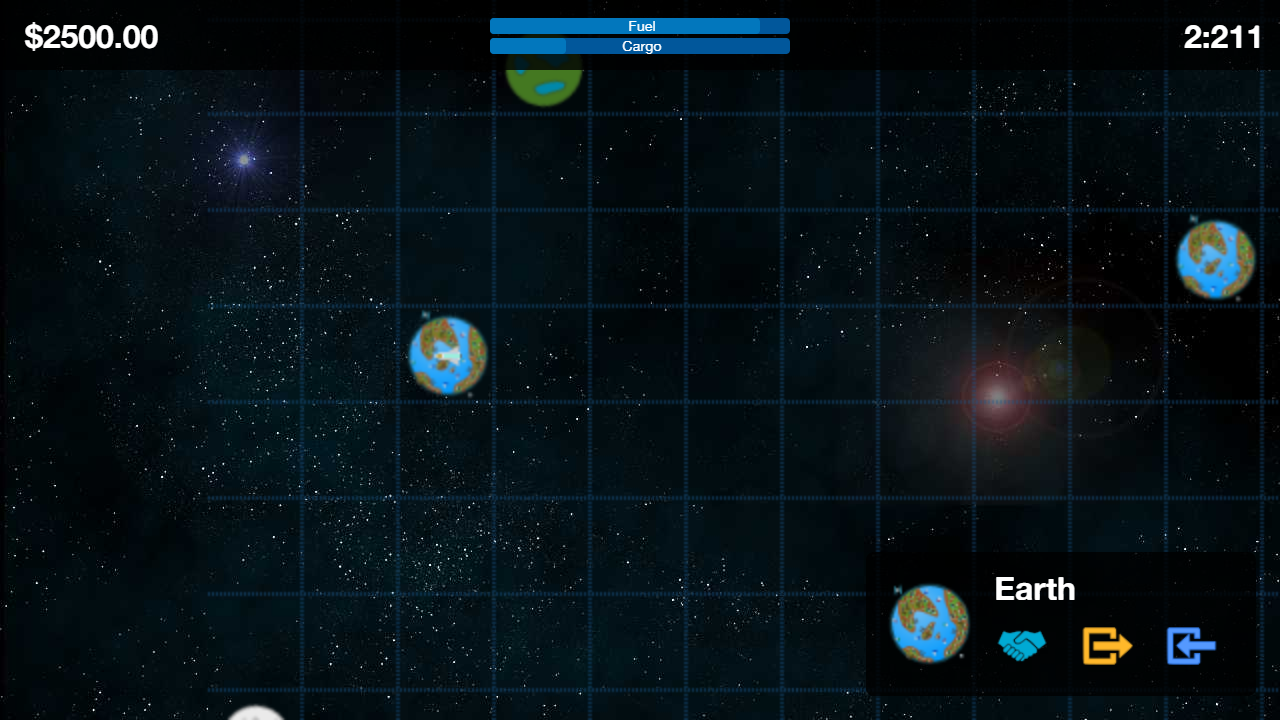 20191118 - v0.12.0
Planets in comm range will show a fuel icon now if they have available fuel for sale
Added a 'Quick Refuel' option to planet options box
Expanded information on the Ship Stats screen
Ships can now travel at diagonal angles

20191010 - v0.11.0
Added Combat!
- You can attack anyship you come across
- Each attack turn you can Fight, try to Run, or attempt to Board
- Boarding let's you take their resources
Added Captain game object, each ship now represented by a Captain
Captains are pulled from roaming tokens from My Tokens
Player automatically assigned to their account default Token
Ships for sale at dock are now sorted by price
Docks now offer starship repair services
Planets now show civilization, contracts, and dock indicators
Civilization capitol now shows an indicator
When zoomed out, Map shows current ship marker and lines between civs
The Planet Stats popup now finally works
Added a pending contract display to the main hud

20190826 - v0.10.0
Planets with a Dock and enough money/parts will now construct new starships
Planets will commission new starships under their flag
You can now buy new starships from the Docks of a planet that has starship inventory
You can now only see other ships that are in your radar range
You can now harvest natural resources from uninhabited planets
- the AI ships will also do this
Ships out of fuel (including yours) will now send out a distress signal within their communications range
AI fuel tankers and government ships will now respond to distress calls
AI ships will now trade with each other
Added back button handling (for devices with a back button)
New ship classes:
- Galactic Freight Hauler
- Galactic Freight Heavy
- Space Jumper
New upgrade modules:
- Shield Module
- Laser Cannons
- Small Hangar Bay
- Guest Pod
- Improved Radar
- Transceiver Upgrade
Added Factories:
- Uranium Enrichment Facility
- Gold Synthesis Lab
- Ore Fraking Operation

colbya
Member
Posts: 1082
23
0
4y
#6
Ok every one ship uses UR for Fuel Do not sell all you have lol .
Ship will need to be faster between planets .
rates of goods between plants is so low forget making many coins faster just doing contracts .
ship is way to slow needs a Gravity well drive lol .
Defiantly going to need a ship home button . Lots of empty space so much so I almost lost the planet my ship was at .
Worse yet at such a large distance it would take 30 seconds to get to the next planet .
The game is a good idea as one of my more favert games I still play ten years later ill message you with details .
FUEL USE ((( 1 UR every 2 TILES ! )))
so if you go ten tiles between planets it will cost you 5 UR .
ps you will be lucky if you brake even tring to buy and sell goods . most of the time even the UR use will cost more then you can possibly make just trading .

Some1
Member
Posts: 49
-2
0
4y
#7
Will there be a way to enable some sort of hiperdrive mode to fast forward by a hell lot of tiles so you can trade on large distance. And maybe increase the fuel consumption by 20% when enabled.

bastecklein
Developer
Posts: 2904
785
0
4y
#8
I plan to add upgrades for each ship to increase speed, as well as the ability to purchase bigger and faster ships.

There will also be 4 wormholes on the map for fast transport, but factions will fight for control of the wormholes.
Owner of Ape Apps, LLC

DillGuy9
Member
Posts: 337
0
0
4y
#9
Will you always start out with the UE ship, or is it random?
Dylan Carter
Conjurer in NOZ
Join the Nations of OZ!
https://discord.gg/sEpTt8E
https://www.nationstates.net/region=noz

bastecklein
Developer
Posts: 2904
785
0
4y
#10
Well eventually you will be able to start out as either UE, LIS, Zolarg, or Draconian, and you will get the starting ship from that faction.
Owner of Ape Apps, LLC