If you were wishing for back-to-back My Colony game updates this week then you are in luck, because right off of the heals of the MC1 update from the other day comes the v0.26.0 update for My Colony 2! What's new in this release? Let's find out! 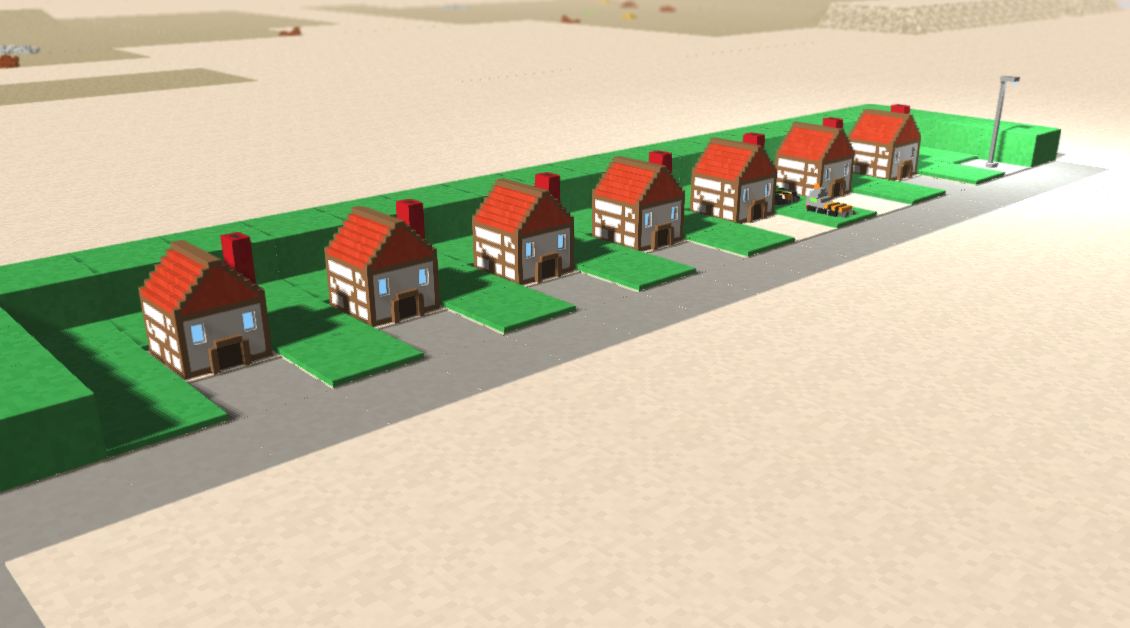 This update brings some pretty large changes to the engine code, which means that new bugs could be showing up, so please let me know if you find things that are broken. I have added support for modifying the terrain heights that are generated by the world seed, which itself constituted a pretty large change to the base code. A new concept of "subterranean resources" has been implemented, where there are now resources present under ground as well as on the surface. Several new scripting flag types and scenarios have been added to the game, and the engine now supports techs that cannot be unlocked through research, but by some triggered game event. All of these engine features are available now in this update in various forms.

First we introduce a new resource for this update, Alien Artifacts, which we all know and love from MC1. Getting them though is a lot different (and possibly more difficult) than in the original My Colony. The first thing you need to do is unlock the new Deep Excavation tech, allowing you to construct the new Excavator unit (created by @spamdude ). 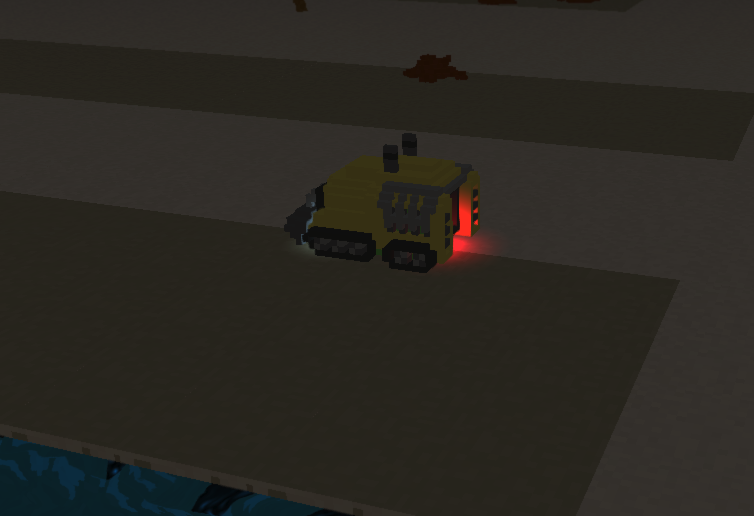 This is a large, slow 2x2 unit that can be used to flatten out hills on the terrain. Once a hill has been removed, there is a chance for new subterranean resources to be exposed, giving you access to more resources you can harvest. This is probably as close as I will come to adding the different Mines from MC1 to the game. Besides the usual resources, you may end up discovering some Ancient Alien Ruins under those hills. Discovering the ruins will trigger an engine flag, automatically unlocking the new Ancient Alien Language technology. 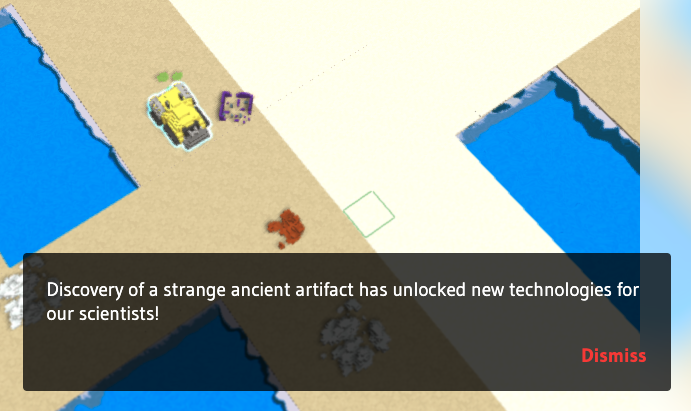 It is not possible to unlock Ancient Alien Language through traditional research. You must either discover ruins through excavation, or be gifted Artifacts from another player.

Once unlocked, you get access to a new Unit and a new Structure, the Artifact Extractor and the Giorgio Institute for Alien Research. The Artifact Extractor is built from the Robot Factory (so you need Robot abilities as well) and is a flying drone used to extract Alien Artifacts from ancient ruin sites. Alien Artifacts can be stored in small amounts in the current Warehouse building, but for additional storage, the Giorgio Institute provides a ton of space for Artifacts, and generates Research as well. 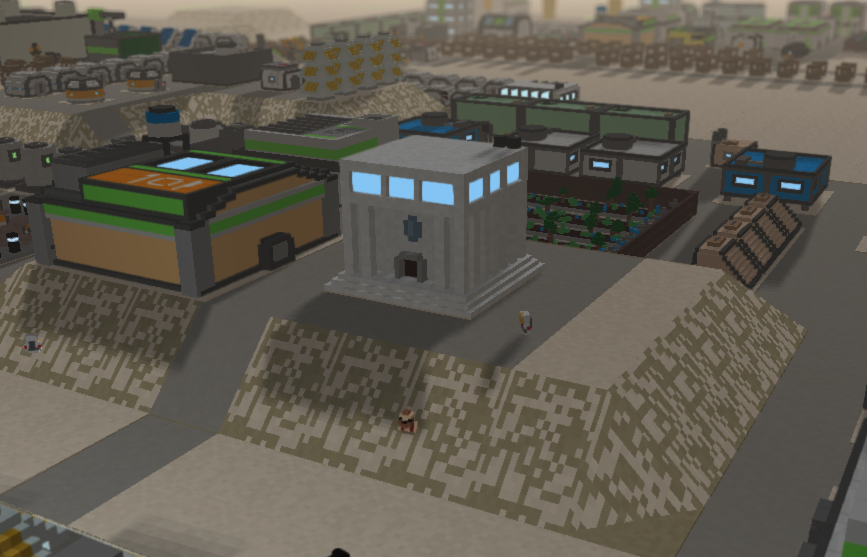 Once you have collected some Artifacts, you can then build the new Extraterrestrial Builder, which in turn is able to construct the new Aluminum Generator! 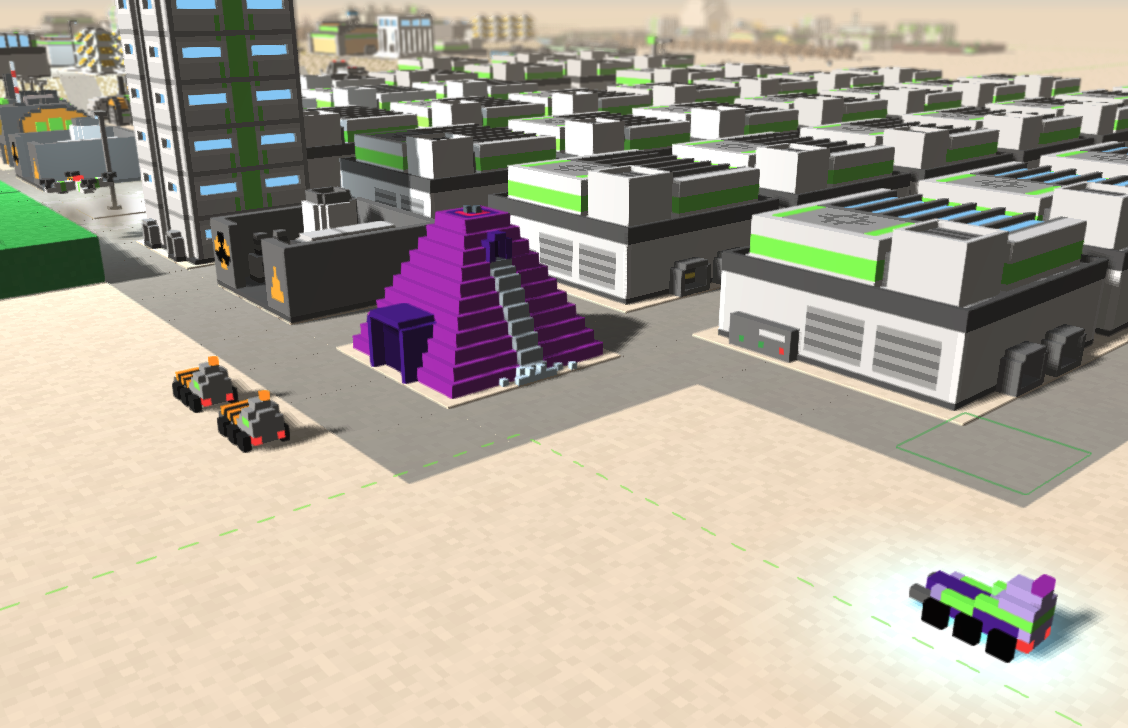 For those who want some more decorative items, the Single Family Home from MC1 is back, allowing you to build some lower density subdivisions for your colonists. I will probably add the other color variations of the house at some point too.

Finally, when you start getting to the point where it's hard to keep up with food production for your colonists' demands, the Vertical Warehouse Farm is back, providing large amounts of nutritious food to help feed a growing population. 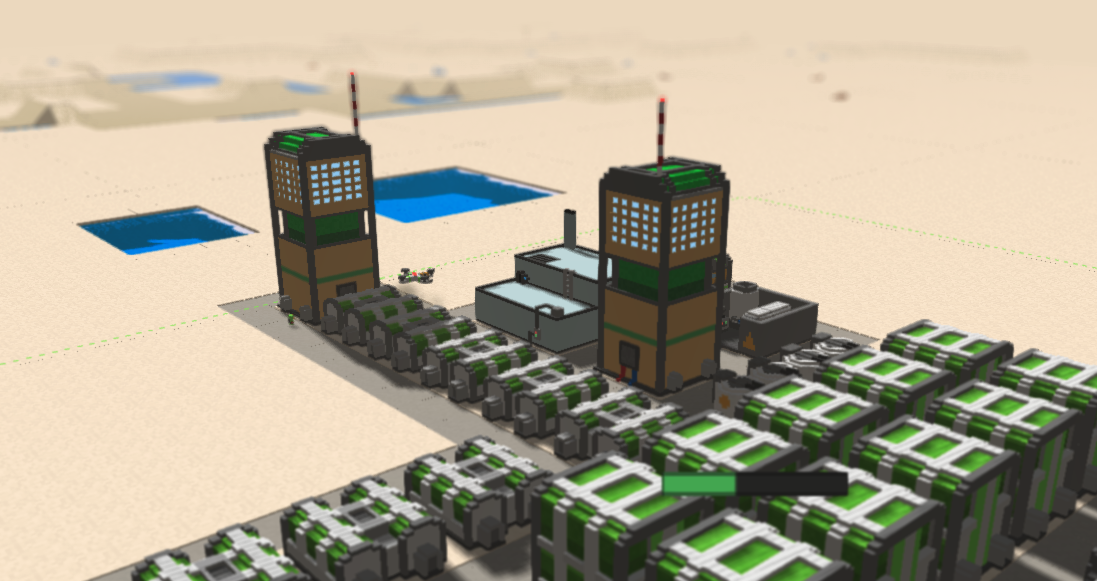 There have also been a few tweaks here and there. I have extended the operating range of the Logistics Station (nearly 2x), since it seemed like setting up connected outposts had far too small of a range. I might end up extending it even more, you guys can let me know what you thing.

I have also turned CloudSync on by default for saved games, for users signed in with an Ape Apps Account. I haven't had many reports of issues with CloudSync lately, and it can really help save your colony in the event of a catastrophe.

I also changed the UI of the zoom buttons on the Radar a bit to make them easier to use on touch, and put the Radar Size button on the radar overlay as well, since on some smaller screen devices, switching the radar to large would hide the other button, never allowing you to switch back.

With this updates in hand, the next release will focus on ironing out whatever I broke in this update, as well as introducing new Alien techs. A lot of the bigger manufacturing structures are probably going to be needing their "Ancient Alien" upgrade, such as the Microchip Factory, the Refinery and so on. I am also debating on whether or not to add a Galactic Board of Trade to MC2, like in MC1. You can let me know your thoughts in the comments.

Other than that, that is all for this update! I hope you guys enjoy both of this weeks My Colony updates, keep the suggestions and bug reports coming, and stay tuned for more! 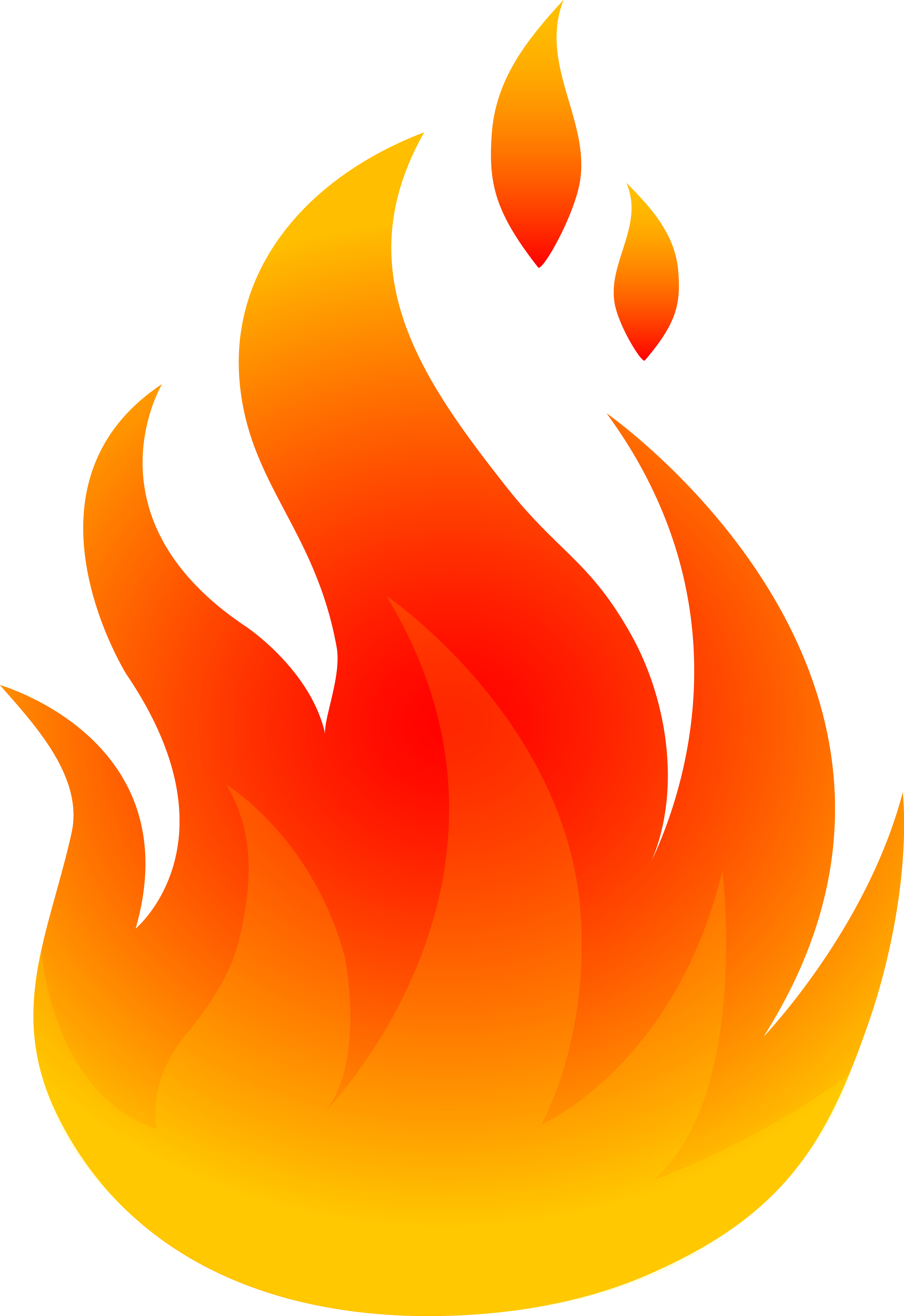 FIREPRO475
Member
Posts: 1
1
0
2mo
#4
Im a big fan of mc1 and i have an epic update idea! you should add an update where you can go to different planets and colonize them with your main colony the research for this should be very expensive and the launch pad should also be big and expensive and you can load it with resources but theres a max and you can also research better shuttles it could be a new resource too. i hope you like this update idea guys