bastecklein
Developer
Posts: 2954
873
0
2y
#11
@Ansom The multiplayer is another reason why I would prefer to get rid of rovers. A majority of the bandwidth would be used transmitting rover coordinates to client machines, since they are the one thing that is constantly visually changing. For the most part, the client wouldn't even need to receive building stat data and info unless they clicked on a building, for example.
Owner of Ape Apps, LLC

Sobeirannovaocc
Member
Posts: 380
59
0
2y
#12
I don't know how moving the rover works exactly, but couldn't the server send the list of successive coordinates in one batch after figuring out the path? Or something more compressed like number of tiles to drive, then turn right, etc.

But yeah as you said best solution would probably be to do pathfinding on the client side.


Does that make sense? Would it work that way?? Problem is the "meanwhile"... The rover might do small jumps if the client or server is laggy. Could wait for it though before entering step 9.
Creator of Coloniae
Admin of the MC2 translation project

DKMK100
Member
Posts: 106
18
0
2y
#13
This time, please make the technologies more centered on realism and make money, government, and all the people stuff less important. I feel that all the si-fi alien stuff and all the crime and dealing with people's happiness was getting in the way of the original experience of building a proper space colony. In the new game, try to keep technology centered on near future technology. Do some research on real technology before you add something. For any races that are si-fi, I recommend you go all out on the cool ideas. You did really good with the 2 other races in my colony 1. I suggest you add those and two more: A flying race of birds (avians) and a swimming race of fish people (amphibians) so that we can have cliff worlds with flying rovers and aquatic rovers in ocean planets. Also, gas giant planets were you float with helium balloons. When I say the people part was getting cluttered, I mean that I don't like the new crime and education mechanics. They are cool ideas for a city building game, but they get in the way of the outer space feel of the game so I suggest you make a gamemode without those mechanics. Keeping them is fine in a separate gamemode. One more thing I feel is very important is star systems. This is so important it should be in the first game if you have time to backport it! This is basically just allowing a player to have many planets (or regions in the first game) of different types and maybe even different races that can send resources to each other. This would allow people to get resources from all the planet types and experience all the planet types, but to send themselves resources to help on the harder difficulties because their already thriving civilizations can help them.
I am nerdy programmer that happens to like games made by ape apps. At some point in my life I am hoping to start a company and make games.

bastecklein
Developer
Posts: 2954
873
0
2y
#14
You know @DKMK100 I do like the idea of going back to the "colonizing" roots and feel, and not so much the city management feel as in MC1. I think MC2 will have a slower pace, in some respects, as far as progression goes. And maybe a more realistic feel to it, like what first settling a new world will really be like.
Owner of Ape Apps, LLC

DKMK100
Member
Posts: 106
18
0
2y
#15
@bastecklein Yes, it would be great to focus once again on the roots of the game. I do think you should keep the cool fantasy races, but for humans you should remove things like alien artefacts. I think creating a way to let people build a launch pad and send a Lander to another planet and colonize an entire star system is an important feature, as that would allow for the collection of planet specific resources.
I am nerdy programmer that happens to like games made by ape apps. At some point in my life I am hoping to start a company and make games. 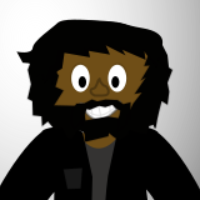 imhotep19
Member
Posts: 6
0
0
2y
#16
You guys have great ideas. I am looking forward to MC2 however its look and feel! On a separate note, can you allow for the remove sound option on Colony Wars. It is really annoying. Thanks.

Sobeirannovaocc
Member
Posts: 380
59
0
2y
#17
Indeed I think My Colony 1 was a victim of insane power creep / or was just shifting towards a more city-building game instead of a micro-management game.

A slower pace will make it more realistic along the way. Compared ton MC1, a lot of things should be scaled down, buildings' number of workers, production, population...give more space to the survival-micromanagement aspect rather than the city building tycoon mode is important I think.

I don't know if colonizing other solar systems should be a priority now. Maybe in a far future update when the game is well established we can think of multiple planets in one server/game but now is a bit early.

EDIT : oops bast said "There will of course be support for multiple planets on a server" here. I'm having a hard time keeping up with all of these discussions.
Creator of Coloniae
Admin of the MC2 translation project

GeneralWadaling
Premium Member
Posts: 645
210
0
2y
#18
@bastecklein
Though it might be a bit early asking about that.
What factions do you plan to do?

Currently my ideas for factions as follows